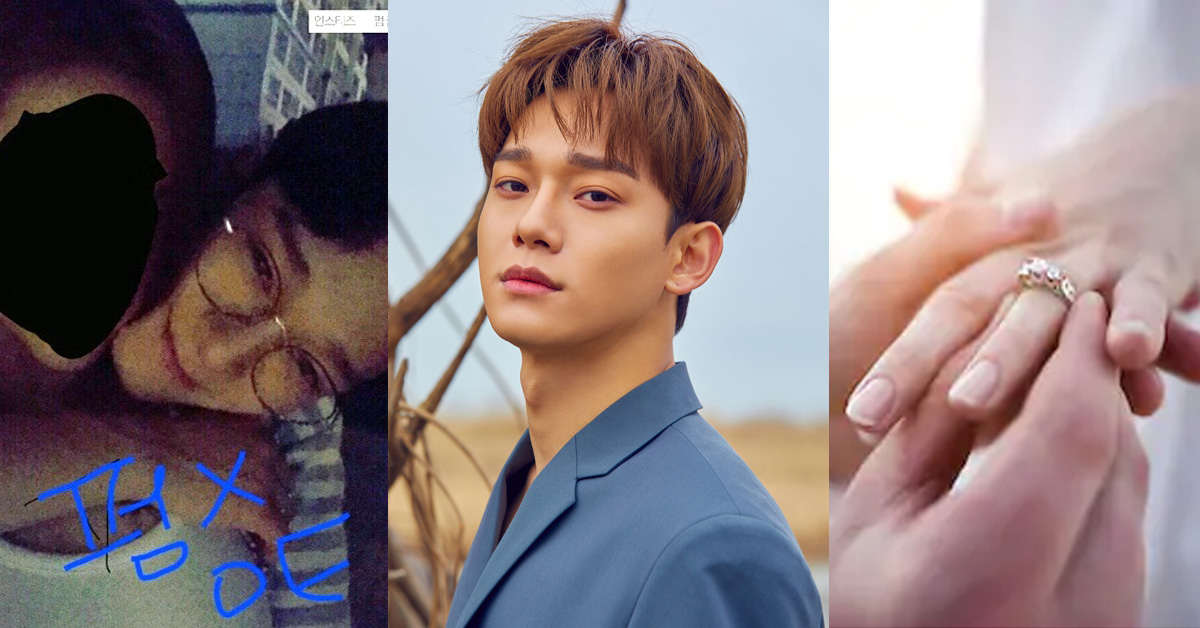 
Exo's Chen uploaded online a hand-written statement announcing his marriage as well as his girlfriend's pregnancy.

Congratulations are in order for the K-pop star!


"Hello, this is Chen. I write this letter as I have news to share with my fans. I don't know where to start and I'm very nervous, but I want to be honest and deliver this news first to my fans who have loved me so dearly. I know these words aren't enough but here goes. I have a girlfriend that I want to spend the rest of my life with. With this decision, I worried about what would come next. But I wanted to make sure that my fellow [EXO] members who've come all this way with me, my agency [SM Entertainment], and my fans who have been so proud of me aren't shocked by this information when it came out. So I wanted to tell you guys first. And in this time of worry, I was gifted a blessing. This came as a surprise and was not part of the plans I'd discussed with my agency and [EXO] members, so I was very shaken up at first. But this blessing has given me strength. I couldn't waste more time wondering when and how to tell you guys. This is my careful attempt in courage. I thank my EXO brothers who have congratulated me and my fans who have showered me with undeserving love. I will always be grateful, continue to try my best in the position I'm in, and repay the love you have given me. Thank you."


In this manner, Chen was roundabout in explaining the situation. Instead of stating "marriage," he simply stated that he "had a girlfriend he wanted to spend the rest of his life with." Although the pregnancy is not stated explicitly, "gifted a blessing" in Korean most commonly refers to the arrival of a new baby. Since the star did not directly address anything, it may seem unfair to make assumptions. But given the cultural context surrounding the way his phrased his words, fans have deemed the marriage and pregnancy conclusive.

The news has quite literally broken the internet, with related hashtags dominating the trending charts.


Additionally, there are rumors circulating the Net about how far along the pregnancy is at the moment. However, the "baby 7 months" hashtag trending on Twitter has no evidence of truth.