BTS recently performed in Saudi Arabia and won over the hearts of Middle Eastern fans.

If he can't marry Taehyung, he wants to marry a woman that looks just like him!


Apparently, one man in particular fell over-the-top in love with BTS member V, who has an infamous track record of bedazzling people with his good looks. The Saudi man shared a message thanking God for introducing him to the beloved member, along with the hashtag #RiyadhWelcomesBTS.


The man was adamant to develop a personal relationship with V, but it seemed he recognized the restrictions of same-sex marriage in his country. However, this did not completely stop him. Instead of pursuing the member himself, he demanded that he meet V's sister who must look just like him! 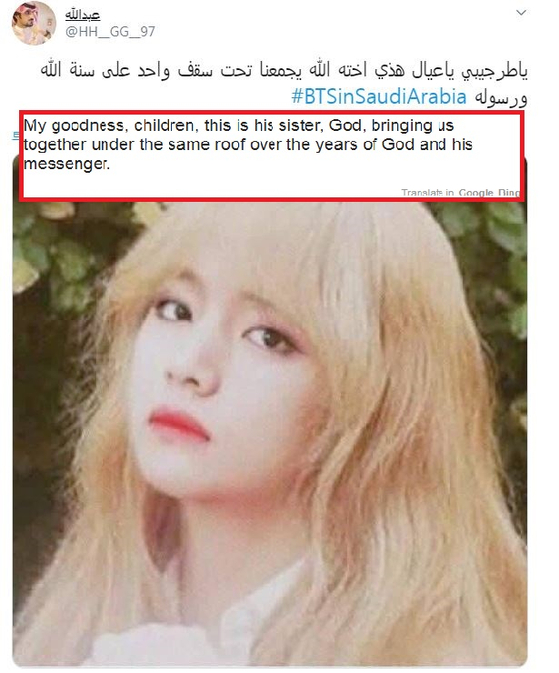 
These photos left fans shook. As far as they were aware, Taehyung did not have a female sibling.

The man continued to praise the sister...


He even changed his Twitter bio to make his stance clear. He really did that. 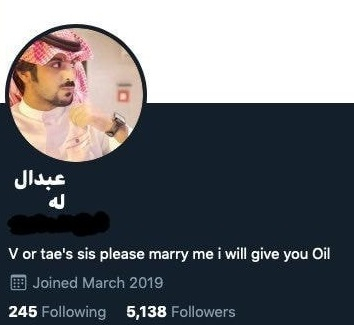 
Obviously, these photos of "V's sister" were photo-shopped. But ARMY decided to leave him to be because let's be honest, who hasn't fantasized about walking down the aisle with someone that beautiful?