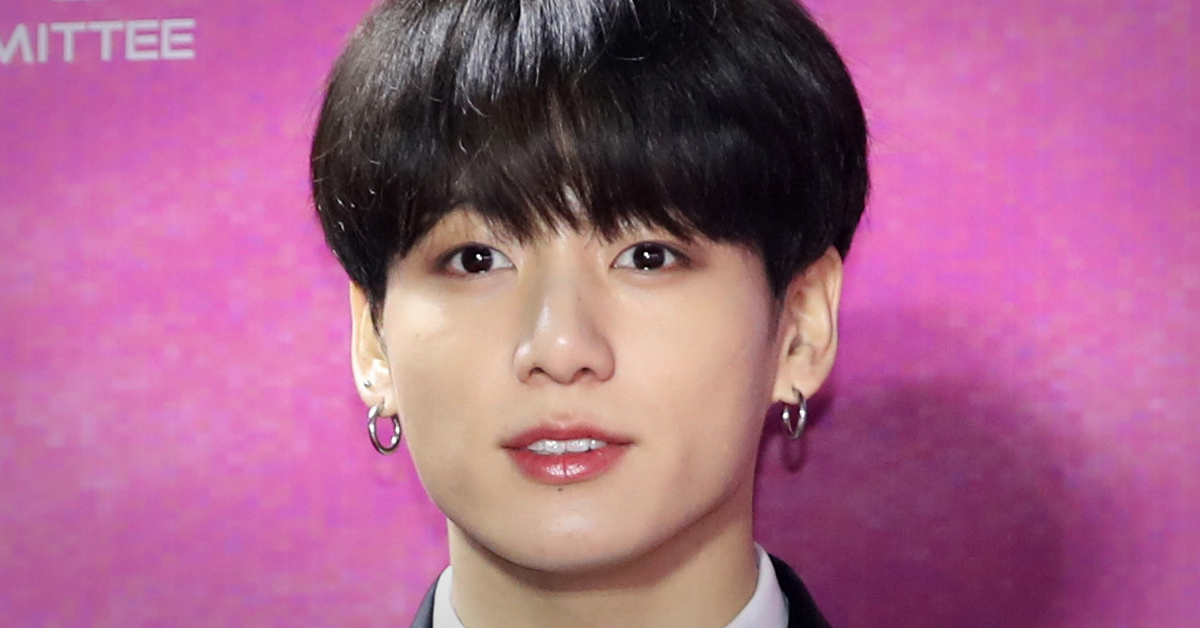 
BTS Jungkook is currently under police investigation for causing a car accident.


According to the police, the Yongsan Police Station in Seoul has booked him for violating the Road Traffic Act.

It has been revealed he crashed with a taxi at Yongsan on the 2nd of November.

The police are still looking into details.

BigHit Entertainment has uploaded their official position on the matter. 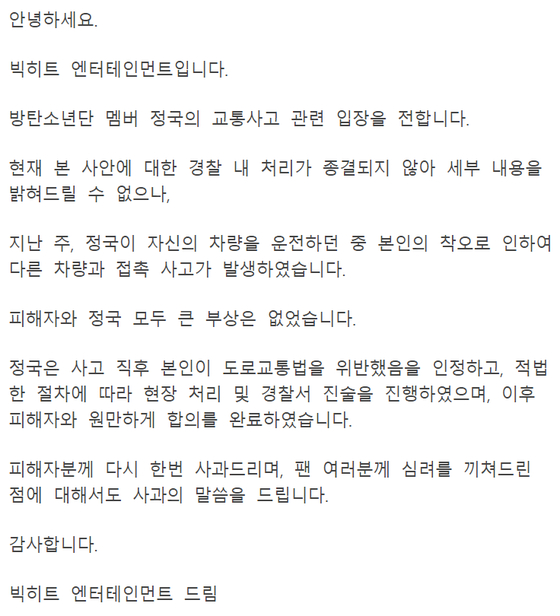 This is BIGHIT Entertainment.


We deliver our position on BTS member Jungkook's car accident.


Since the police has not closed the case we cannot reveal all details but,

last week, Jungkook caused a minor collision with another vehicle while driving his car, due to his mistake.

Both the victim and Jungkook have no major injuries.


Jungkook acknowledged that he violated the Road Traffic Act immediately after the accident, and after carrying out handling the site and police statements through the due process, settled things amicably with the victim.


We apologize once more to the victim, and apologize to the fans for causing concern.

Related Article:
What Happens When BTS Sing About Their Hometowns