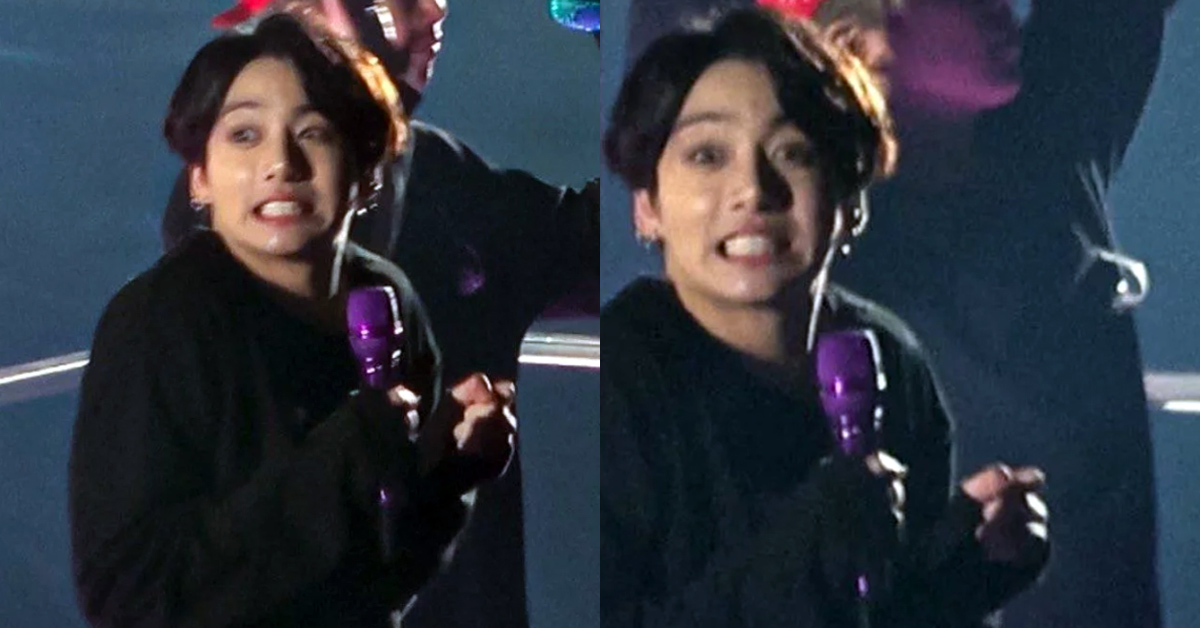 
This weekend, BTS kicked off the final rounds of their "Love Yourself: Speak Yourself” tour at Jamsil Olympic Stadium in Seoul. But during their Saturday concert, Jungkook faced a tricky situation that left the other members and the entire crowd in an outburst of endearing laughter.

This is how a professional K-pop idol handles a wardrobe malfunction!


First, he was spotted acting strangely on his own while other members fooled around. He bent over, took a strange posture, and when he stood back straight, his face had noticeably (according to witnesses) gone into full panic.

Finally, JK revealed what was going on. "This is a little bit TMI (too much information), but I was very passionate on stage today and... after Mic Drop, I was on stand by [for the next performance] and felt a breeze down under," he said bashfully. "That's how passionately I performed!"


Holding his laughter in, Jin looks at the maknae and shakes his head. Jungkook brushes off his embarrassment and replies, "what? we're all family [here]."

As a result, Jungkook had to execute circumspection for the rest of that bit during the concert:


This wasn't Jungkook's first wardrobe malfunction on stage. His passionate dance moves left a huge rip under his arms during a performance of 'Blood, Sweat, and Tears' back in 2016.


In another instance, RM accidentally popped the buttons off Jungkook's shirt while attempting to grab him by the collar, which was part of the 'Fake Love' choreography (watch the video below).


Although fans know his powerful dance moves can some times result in these circumstances, they definitely don't want him to stop! 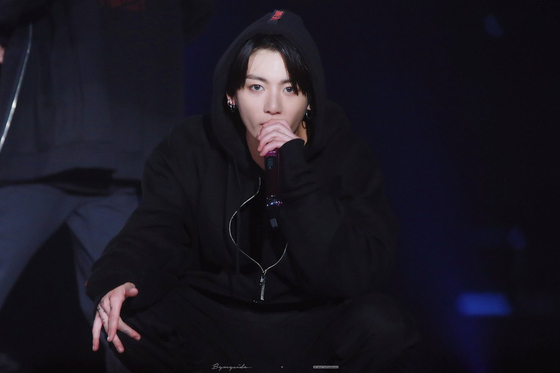 Related Article:
6 K-pop Idols Too Good For Training Before Their Debut