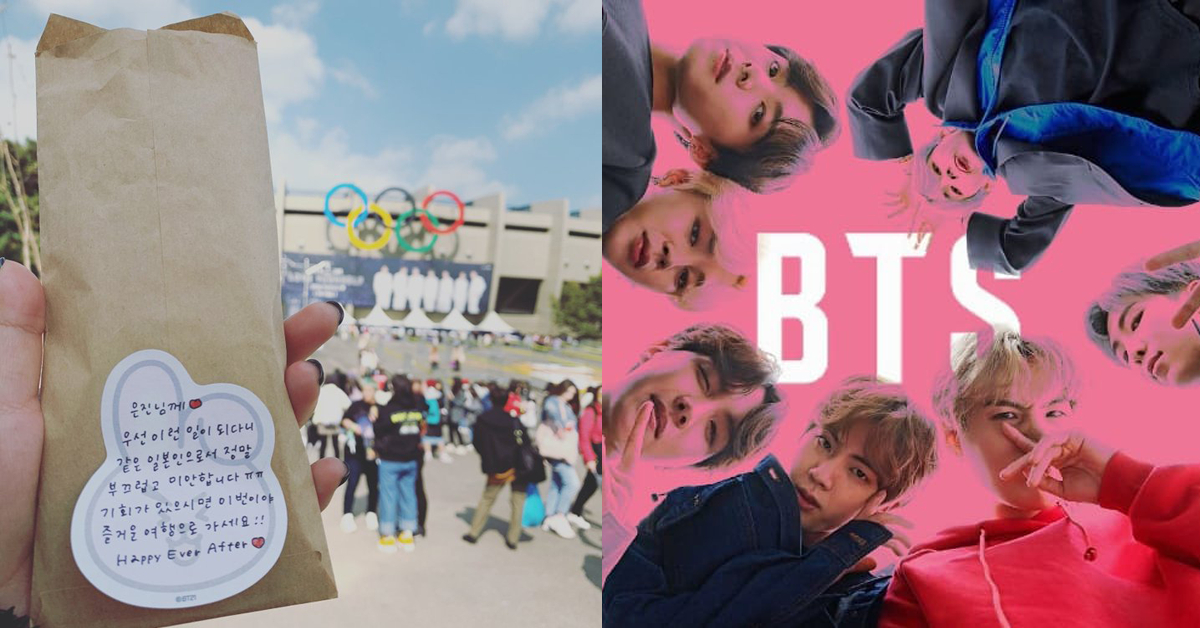 
During the BTS Speak Yourself concert in Shizuoka, Japan, a Japanese person committed fraud against a Korean fan, causing the K-ARMY to lose money.

The story shows the best side of a worldwide fandom


After seeing K-ARMY's story on Twitter, a Japanese fan offered to catch the person and get a refund for him/her via DM.

On the day of the concert that was held in South Korea, the J-ARMY returned the money, and even had it changed to Korean currency!


To Eunjin,
First of all, I am very embarrassed and sorry as a fellow Japanese that this kind of incident occurred.ㅠㅠ
If you have the chance, please take an exciting vacation!! Happy Ever After

This unbelievable story has spread through the Internet, touching many netizens.


I wrote a Tweet on losing my ticket at the Shizuoka concert by fraud, and a Japanese person I didn't know sent me a DM. He/she said they would catch the swindler and get a refund for me. I thanked her just for her words but she really caught the swindler and brought the refund to Korea. She even had the money exchanged. The ARMY had both a beautiful face and a heart. Thank you so much.

Comments praise this lovely encounter, and include "A real-life Anpanman" and "BTS brings the world to one."

Related Article:
JIMIN's Concert VCR Shows Why He Is The Main Dancer Of BTS