BTS and TXT Couldn't Be More Different as Rookies 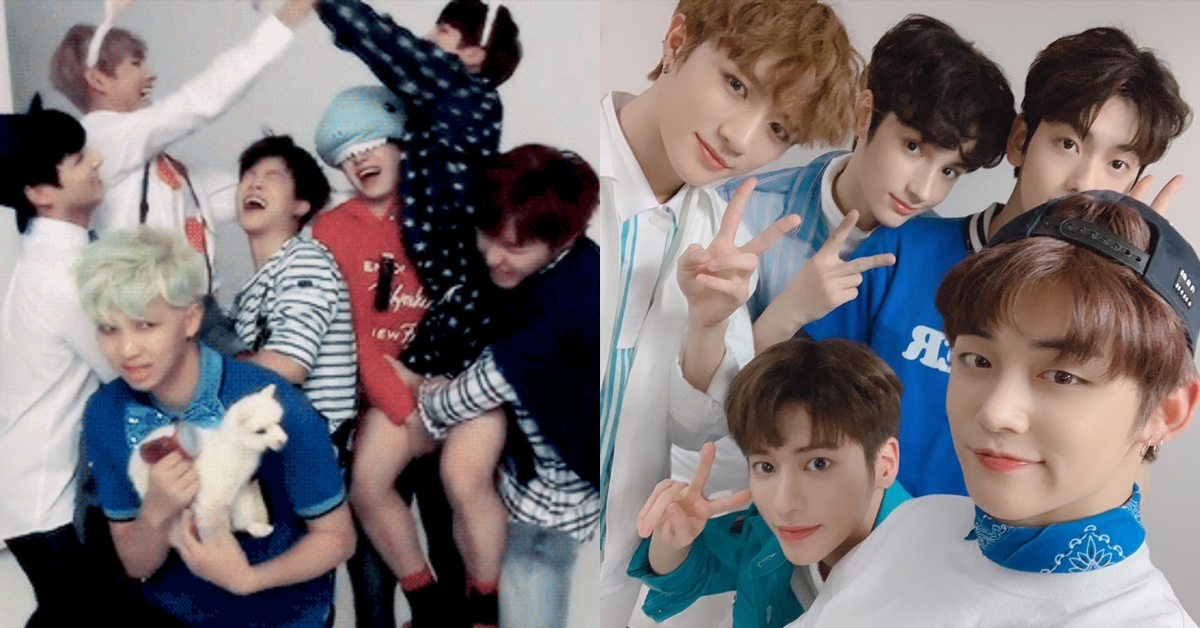 
It seems like BTS has been around forever, considering that they've basically taken over the world by now. Truth is though, it was only six years ago when the 7 boys first made their debut as a unit.

Fans compare each of them to beagle and bunnies - which do you prefer?


With the emergence of BigHit Entertainment's second-generation male idol group 'TXT,' BigHit deok-hoos (for the proper definition of "deok-hoo," reference this video!) drew comparisons between the two groups during their rookie years.


They're not too different from now - especially in terms of hype and energy levels.


Even as rookies, they were fuming what K-ARMY call "beagle beauty," referring to the way in which the boys act like ecstatic beagle puppies that can't stop jumping around.


They seem calm and reserved compared to their older brothers. Perhaps TXT members are generally shy...


...or it's just that BTS members are so over-the-top chaotic that nothing could really compare.


While fans compared the BTS boys to dogs that are characteristically active and rapturous, they labeled the TXT boys as "innocent bunnies."


We don't have enough information about the new boy band to accurately ascribe their attitude to a certain source. Regardless of their differing team ambiances, we can confirm that both groups have amazing chemistry - good job, BigHit recruitment team!

Related Article:
RM Brings Tears To ARMYs' Eyes At The Speak Yourself Concert