BTS Nominated For Three Categories at the 2019 American Music Awards


It's the 2nd year in a row that BTS is nominated for the American Music Awards(AMAs).

Will they be able to win all three?


They are nominated for 3 sectors: 'Favorite Duo/Group-Pop/Rock', 'Tour of the Year', and 'Favorite Social Artist'.

In 2017, BTS first attended the AMAs as the only Asian musician, and performed their song DNA. Last year, they were awarded 'Favorite Social Artist'. It is the first time they have been nominated for the other two sectors, causing pride and excitement among fans.

They were awarded with 'Top Duo/Group' and 'Top Social Artist' at the Billboard Music Awards last May. Eyes are on BTS to see if they will be able to win all three awards at the 2019 AMAs. 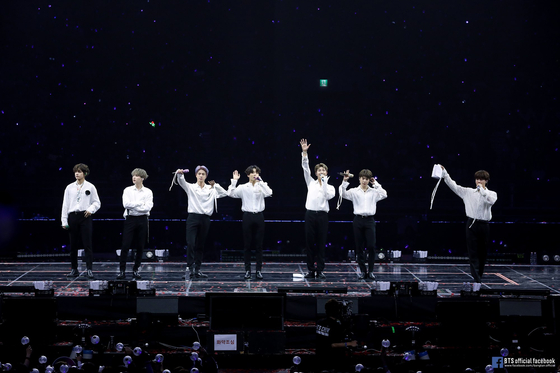 
Meanwhile, the ceremony will take place at Los Angeles Microsoft Theater, and will be provided live at ABC on the 24th.

Related Article:
JUNGKOOK Is Spotted Being Dorky In Gangnam