Whose Rose V Accepted And Whose He Abandoned 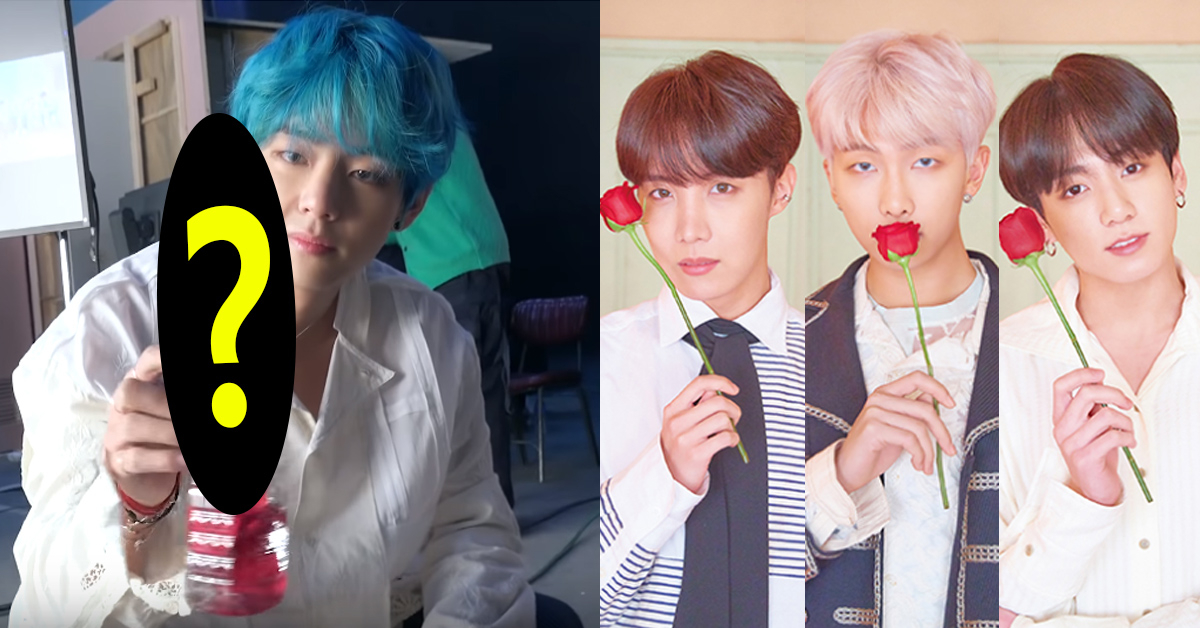 
On Monday, BTS' official YouTube channel BANGTAN TV released a vlog of Taehyung (V) arranging flowers. From the outfits and props presented in the video, we could deduce that this video was filmed on the day of their most recent album's photo-shoot, particularly for version 3 photos. If any of you ARMYs remember, a key component of this version was the rose.

V decided to keep 2 roses from 'Boy With Luv' photo-shoot. Who did they belong to?


In the video, V (Taehyung) decides to keep two roses while abandoning - or quite frankly, savagely ripping to pieces - the rest. All 7 BTS members had posed with a rose for this shoot, but each member had a different rose, considering the variance of shapes and sizes.


So whose rose did V keep, and whose did he throw out?

Let's use this as an excuse to browse through the beautiful version 3 photos, shall we?

First, Jimin and J-hope's rose: the upper third of the stem is slightly bent to the right (person holding the rose POV). The rest of the stem is fairly straight, although we do see the color fade a couple of shades darker for Jimin's. 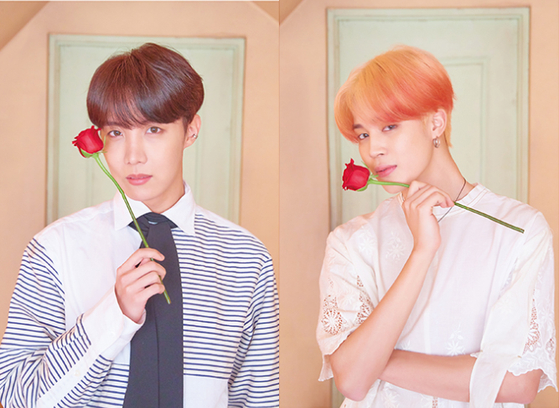 
Second, V and Jungkook have very straight-stemmed roses. This is sufficient evidence for the analysis. 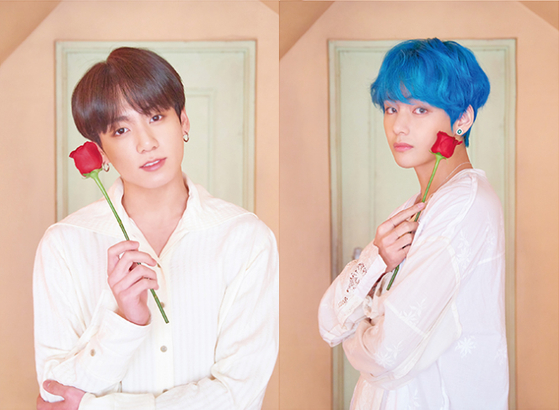 
Lastly, RM, Suga, and Jin hold roses with funky stems. RM and Jin's roses have a rigid swerve to the left mid-stem, and Suga's is unconfirmed as he's covering the mid-portion with his hands. On the other hand, the tip of Suga's stem is rather straight while RM's swerves back to the right, and Jin's cannot be confirmed.


Now, let's take a look at the roses that V handles in the video. This is the first rose V selects:


The stem goes straight down until the middle point, where it swerves to left. That means it's one of the three oldest boys. We need more clues for a further deduction, as the rest of the stem is covered by the petals.

V rejects the next rose handed to him, claiming the figure "is not same" to the first rose and hence will not integrate into his flower arrangement well. This rose is clearly very upright and without any curves or bends, which eliminates V and Jungkook.


The last rose swerves at the top third portion of the stem, indicating that it's either Jimin's or J-hope's.


In the last minute of the video, V answers all our questions by holding up the two roses as he asks his manager if he could take them home. Here, we notice that the first rose's stem has a consistent color from top to bottom, while the second rose's drops down passing half-point until it bends back to the right near the end. With this, we conclude that these two roses belonged to J-hope and RM respectively! 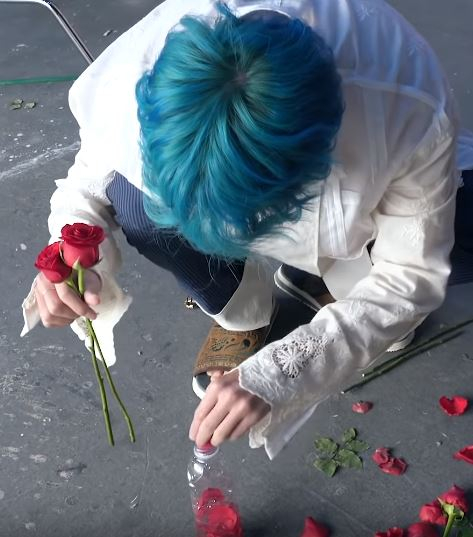 
Was this an unintentional choice or was V trying to do a nice gesture for the 94 line boys? Perhaps it's a targeted gift for the two rapper brothers - after all, the 94 line is the only other pair with two members born in the same year other than 95 line's Jimin and V. Either way, hopefully, the others weren't too upset - they should remember that V didn't even keep his own rose alive!