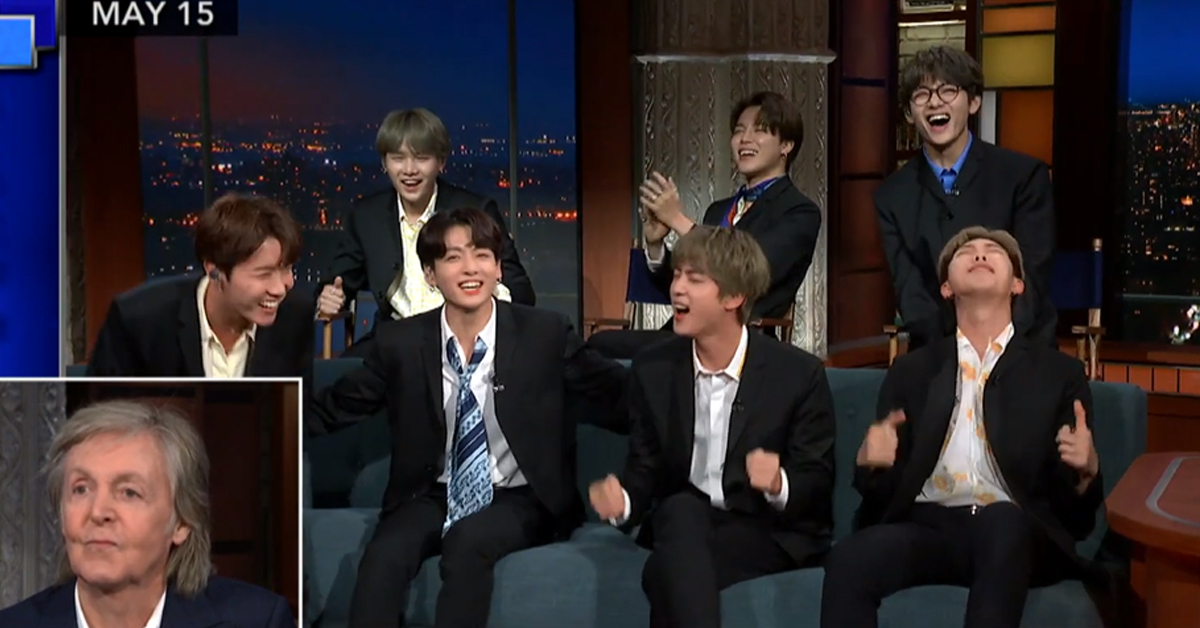 
Legendary Beatles member Paul McCartney appeared on The Late Show with Stephen Colbert today and was asked several questions about BTS. And yes, he does know the boys, and yes, he got to see them singing Hey Jude the last time they were on the show.


Stephen Colbert carefully asked whether Paul knew the Korean pop band called BTS, and Paul answered yes without a doubt. Then Stephen Colbert showed a clip of BTS from when they appeared on the same show a few months ago.

They had just broke Beatles' record in reaching three no.1 records in the Billboards chart with just 11 months, and stood on the very same stage as Beatles 55 years later at the Ed Sullivan theatre. Stephen Colbert mentioned their achievements and asked if they knew any Beatles songs, and with J-Hope's lead they all started to sing the iconic chant from Hey Jude (8:13~).


Paul McCartney watched the clip closely and applauded as soon as the clip ended.

To Stephen's question "What do you think it is about your music that transcends a geographic, language barrier so that those 7 guys would just jump up and start the 'Na-na-na's?", he answered "Easy lyrics?". Very true.

Is it just me or is it just super unreal that we got to see Stephen Colbert asking Paul McCartney, the Paul McCartney if he knew BTS? This is making me overly emotional!