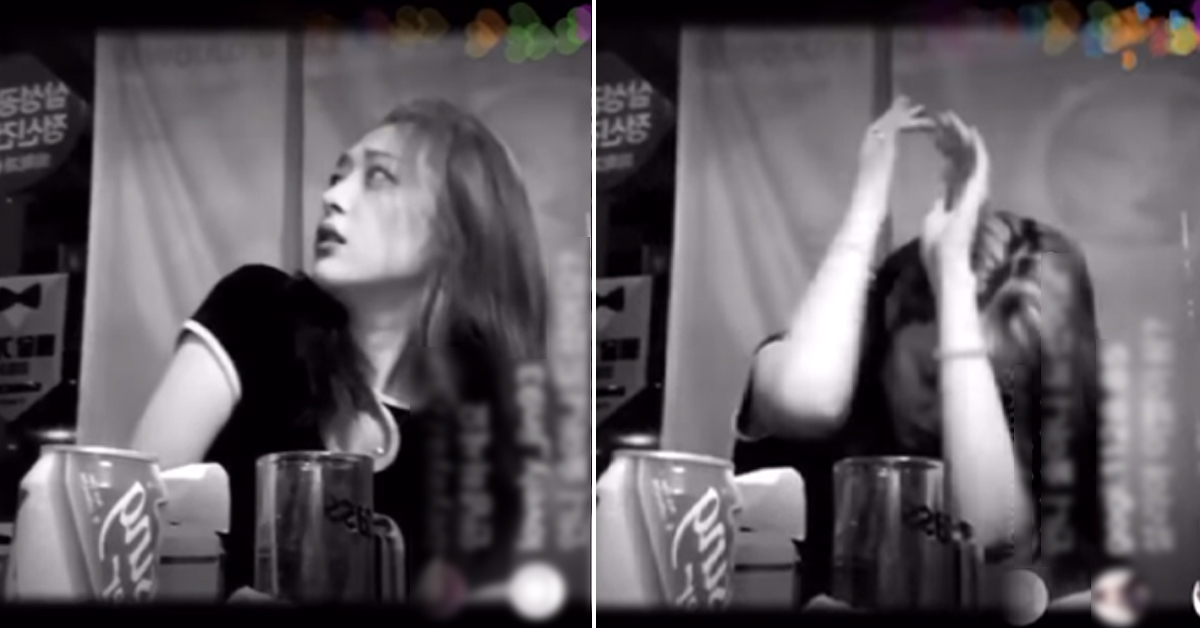 
Last night, Sulli being terrified by an approaching fan was captured during an Instagram live.

Even after Sulli's first refusal, the man kept coming up to her

She started the Insta live in a pub with her friend and chatted with her fans. She was laughing and making jokes, and was generally having a good time.

A few minutes later, a man approached Sulli claiming that he was a fan with no intention to cause misunderstanding. However, Sulli's smile instantly disappeared and she continued to stare at the man with a blank face while her friend tried to laugh out the awkward situation.

Thanks to her friend, Sulli soon brightened up and continued the Insta live.

Unfortunately, some people just don't know when to stop. The same self-proclaimed fan came up again and said "Can you just say this (to the camera)?". Sulli then hid her face with her arms, clearly frightened by the man's request.

Sulli's friend then politely refused the man's request saying that Sulli already turned down numerous requests. When she noticed that Sulli was still shaking, she asked her if she wanted to end the Insta live to which Sulli nodded.

The video clip quickly spread throughout the Internet and netizens reacted "I would have been terrified if I were Sulli" and "Thank goodness her friend was there to protect her".