Last night, Jungkook's dating rumors broke the Internet and rapper Hashswan somehow got involved in all of this.

BigHit Entertainment and the tattooist both denied the rumors


It all started with a blog post which said that a friend told that Jungkook was kicked out of a tattoo shop in Geoje island because he didn't possess his ID card. The attached photo showed a man dressed in black who seems to be Jungkook hugging a blonde girl from behind.

A few moments later, more photos of the two were discovered by netizens.

Then, netizens found out a tattooist who resemble the blonde girl in the photo on Instagram and also spotted BTS' manager in the comments saying "Is that for Je-ke?". 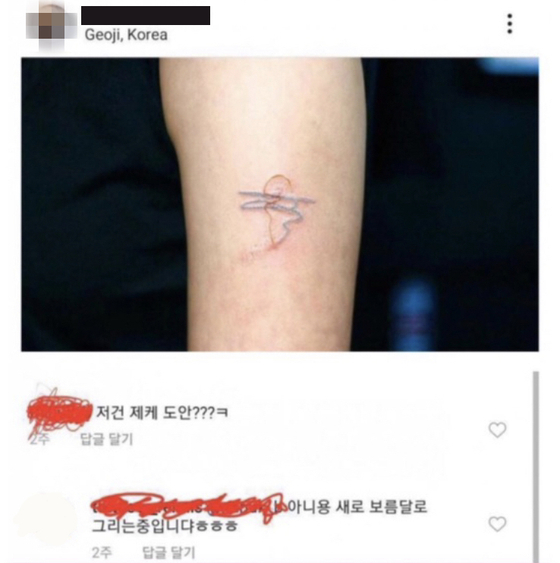 
Soon after, the tattooist erased the comment and removed the location on the post as if she was aware of netizens' attention.

Fans were quick to notice that the background from one of the tattooist's selfie looks very much like the studio Jungkook was reported to have stayed 2 weeks ago. 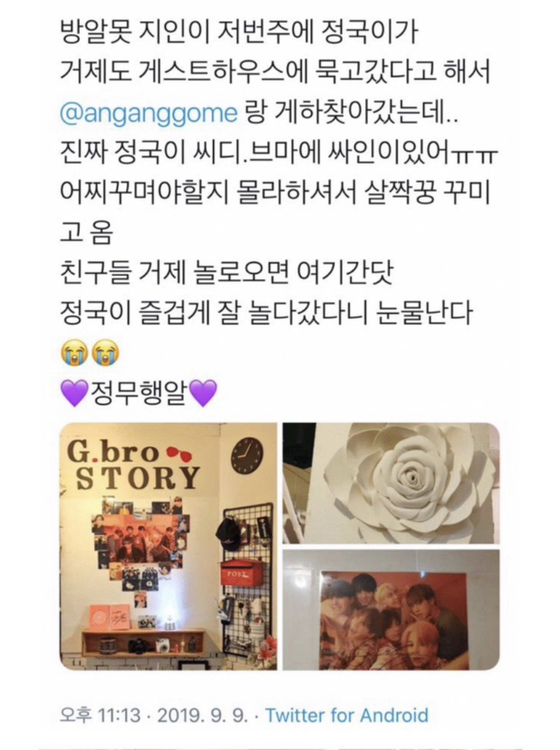 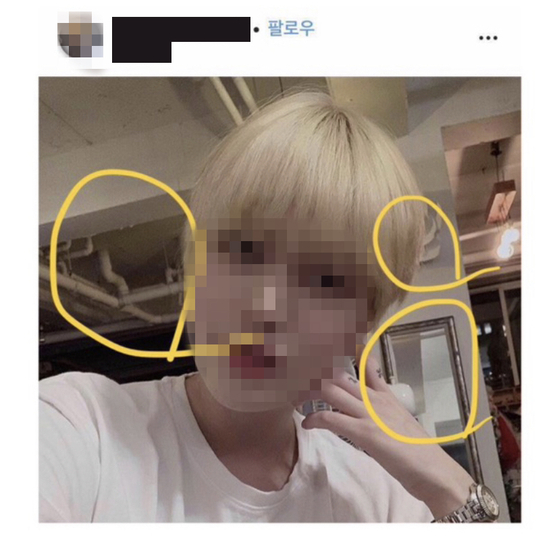 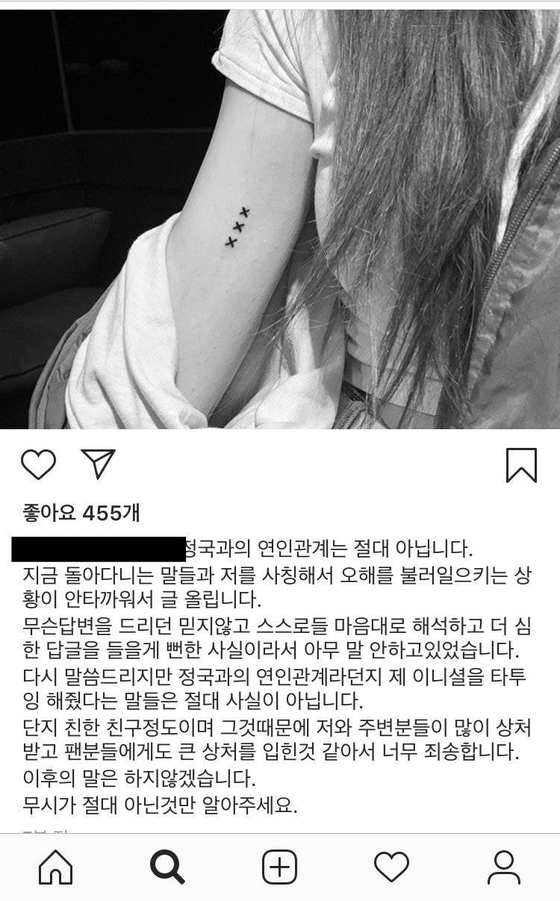 
"I am not in a romantic relationship with Jungkook. I am speaking up because of false rumors and people who pretend to be me are bringing up confusion. I have kept silent because I know that whatever I respond, people won't believe me and interpret it in their own way with fiercer remarks. I'm telling you again that rumors saying I'm dating Jungkook or that I tattooed my initials on him is not true at all. We're just friends and I'm sorry for hurting myself, my friends and all the fans because of that. I won't speak more. Please know that I'm not trying to ignore this situation."

This whole incident however had a side effect in that rapper Hashswan ended up involved involuntarily. Fans who couldn't bear to accept that fact that Jungkook might have a romantic relationship argued that the man known to be Jungkook was actually Hashswan and bombarded his social media with questions and a demand for an explanation. 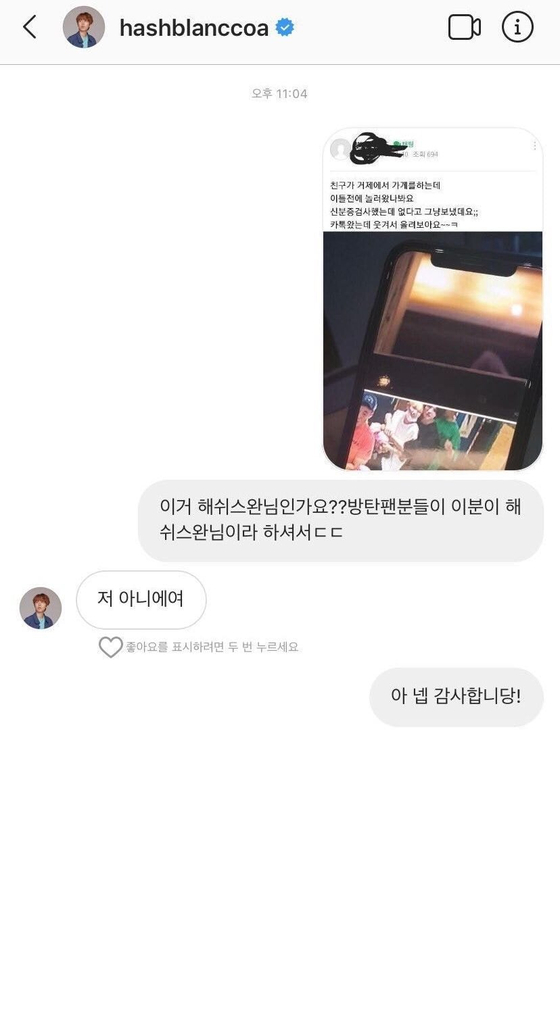 
At first, he answered direct messages politely and denied that it was him in the photos.

After receiving too much DMs, he posted an Insta story of the photo in question and wrote "This isn't me. You guys were asking a lot~"


However, some fans weren't being that polite and this time demanded him to erase the post and when he did, they wrote mean things about Hashswan on the Internet which no doubtedly upset the rapper. He posted another Insta story of a user asking repeatedly to delete it and wrote "You guys asked to delete it without another word, right?" and "What do you guys want me to do?". 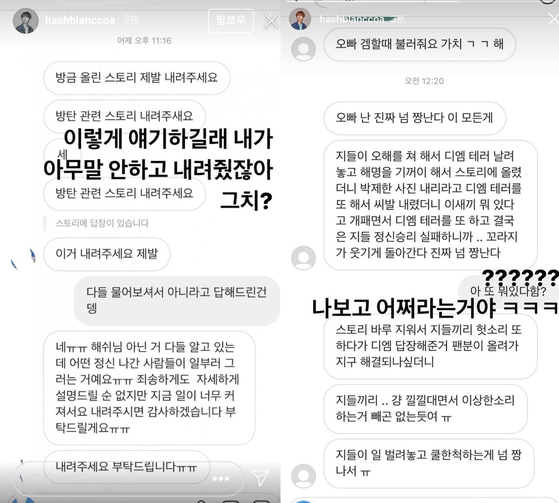 
Transparently, he had enough. He wrote "Disgusting. I think I'm going to throw up". 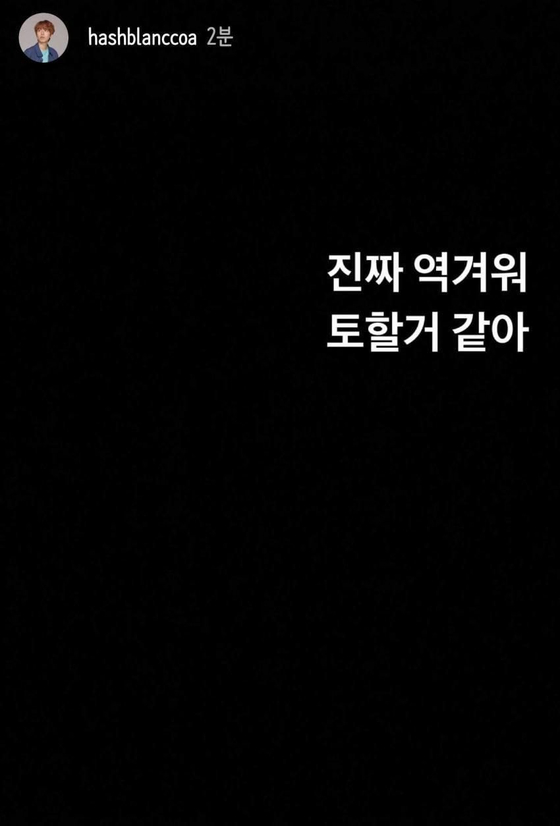 "Let's stop. I hate the distorted articles, and I hate being in the middle of all this as a singer. I've seen it all. People who support me using hashtags, people who were sorry for what they haven't done, people who just want to leave everything behind, and people who just doesn't care, etc. There's so much different people. Thank you to everyone who said sorry on Twitter by tagging my name, who sent DMs to cheer me up, and who told me to not worry about it. I want to think that it was an opportunity to see how many people cared for me."

"I know that people will spread this post and make fun of me for all sorts of things. So let's just stop. You do your thing and I'll do my music. When I appear on music streaming sites, just greet me to yourself. This is exhausting. I honestly didn't do anything wrong LOL. I'm mad at myself for being mad so let's just drop this. Everything. Please." 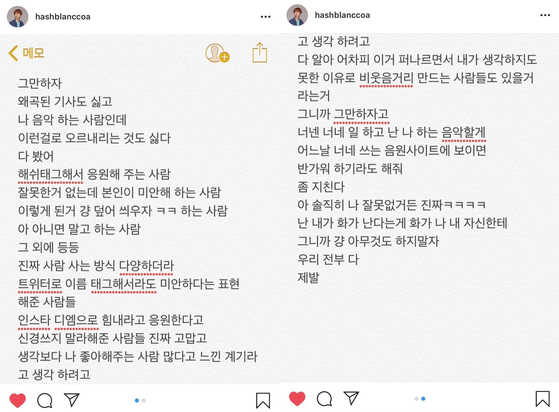