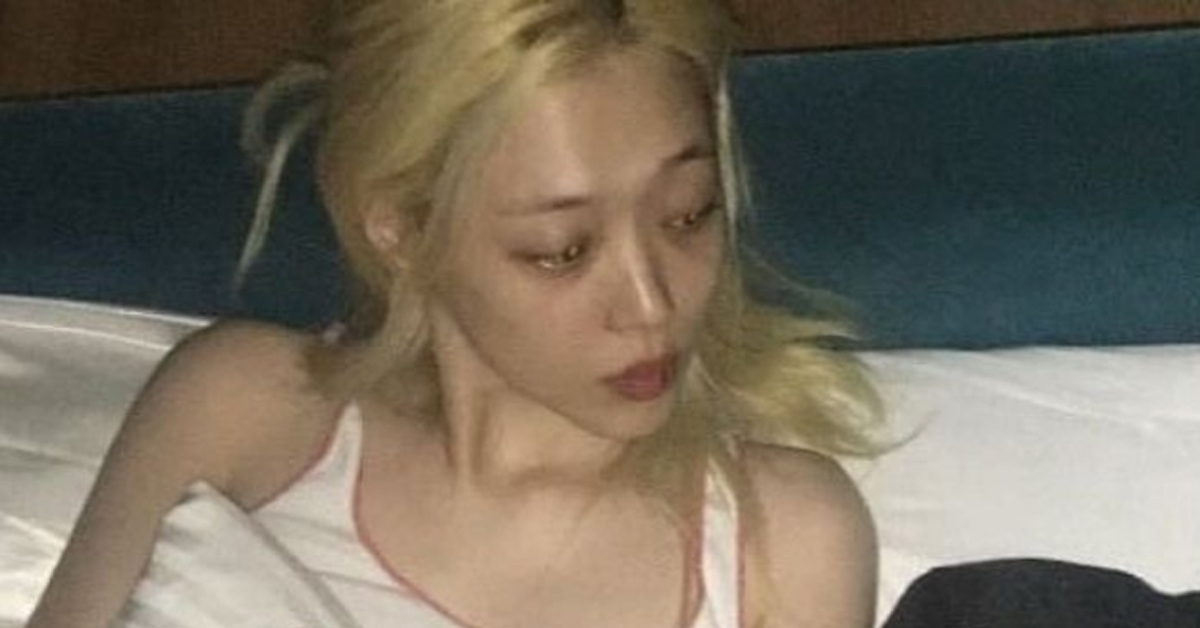 
This Monday, Sulli flaunted her makeup-less yet flawless face through a series of photos uploaded on her Instagram story.


She is pictured lying on her friend's lap, dressed comfortably in a tank top and shorts. They seemed to be enjoying a laid back night inside. 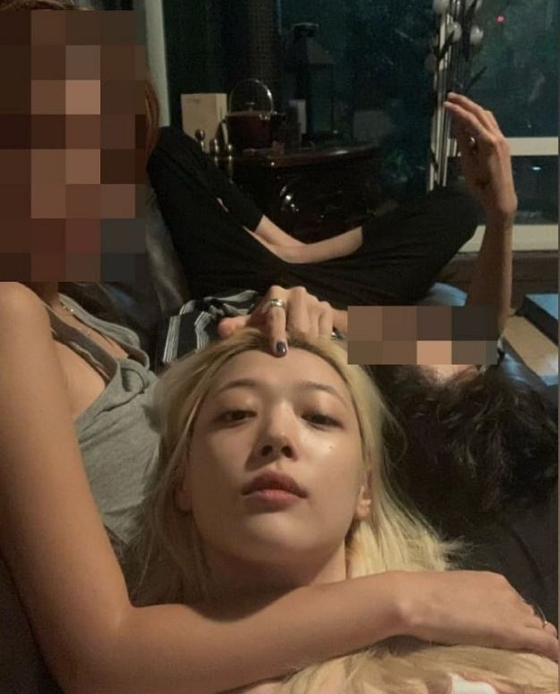 
It is rare to see Korean celebrities pictured with a bare face. Generally, the goal is to present a perfectly colored and styled exterior, inducing envy from the public as a result. But Sulli has never shied away from showing her natural self. 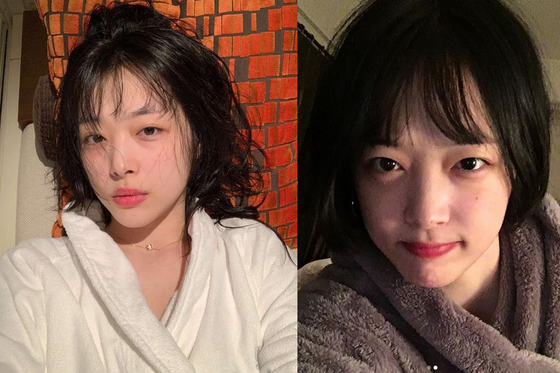 
Pictured, Sulli was not only makeup-free, but also undergarment-free.

Sulli has been a passionate advocate for women going bra-less. She has frequently been pictured with only one layer of clothing over her chest. On JTBC2's talk show 'Night of Hate Comments', she revealed that she does this mainly for comfort reasons as she responded to backlash from people who believed she was doing it for attention. 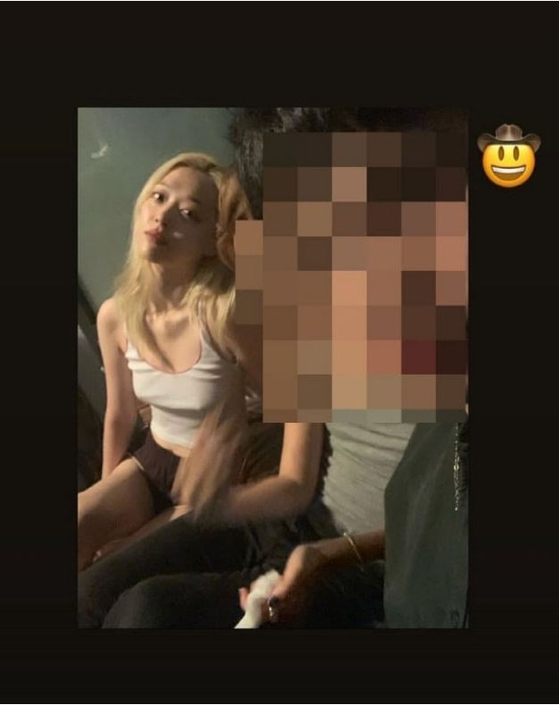 
The former F(x) member has been building a career in acting ever since she left the group in 2015. She has featured in movies and recently guest-starred in tvN's 'Hotel Del Luna' alongside her close friend, IU, who plays the main female role Jang Man-wol. 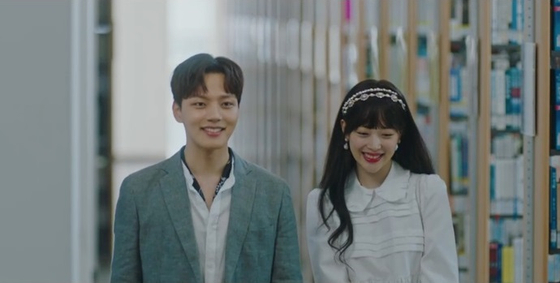 
Meanwhile, there are rumors that she will be featuring in Netflix Original 'Persona 2'.

Related Articles
BTS Outfits To Steal From This Fall