KANGTA's Past Scandals Being Exposed One After Another 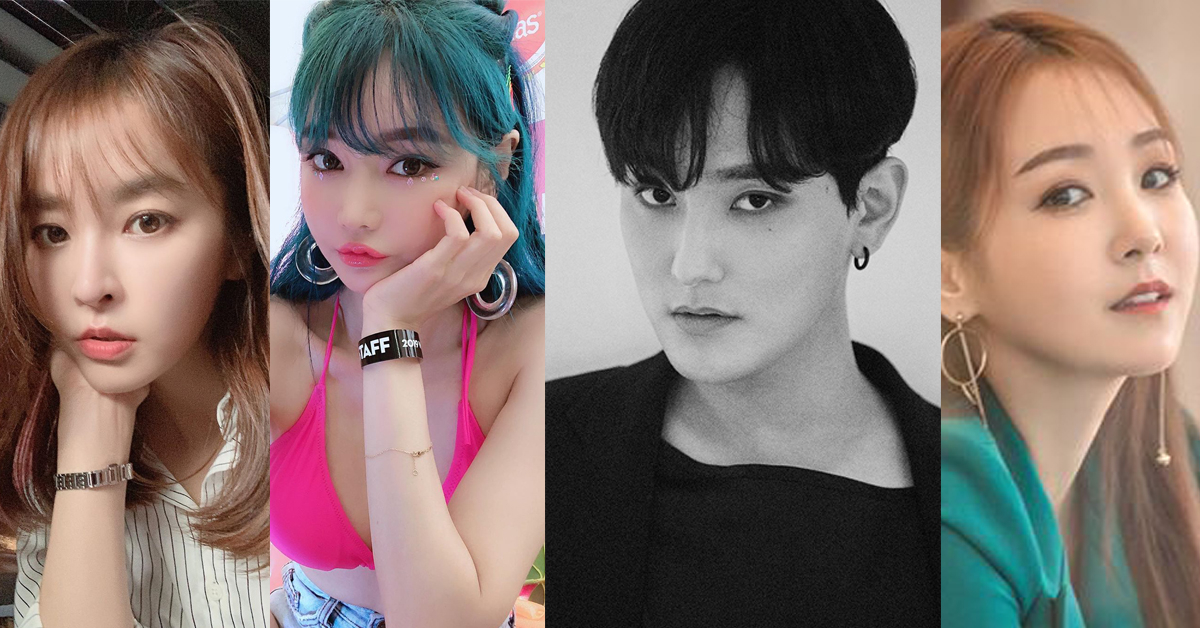 
Kangta, the member of South Korea's legendary idol group H.O.T, has been involved in one of the biggest scandals which was exposed to the public in just within 48 hours.

Is Kangta a chronic cheater?


The following is an explanation of events in time order, and it's going to be a really long story so stay focused. 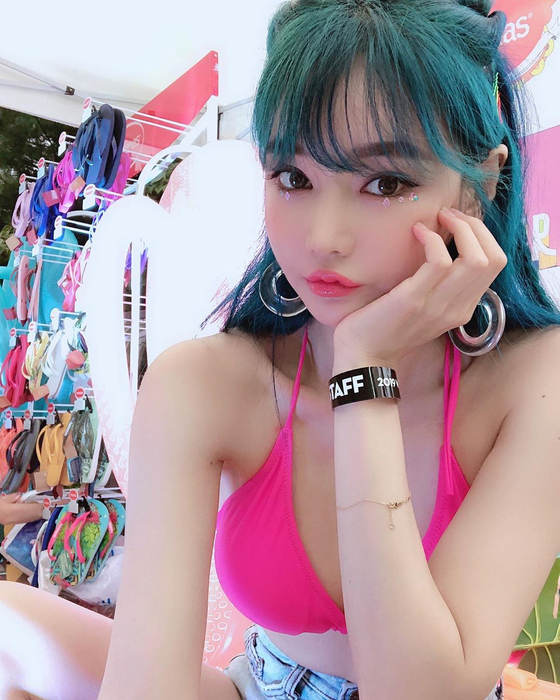 
On August 1st, racing model Woo Joo-ahn posted a video of herself and Kangta lying on the floor, showing affections for one another. The video was soon deleted but it had already spread among netizens, which led them to think that Kangta was either in a relationship or that they have had an argument which caused Woo to post the video out of spite. 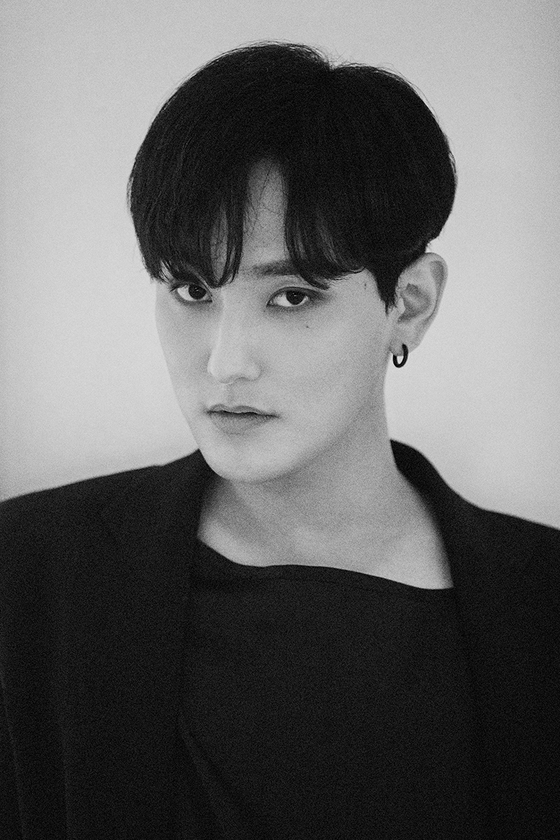 
Kangta's agency denied that the two were going out together, but that they used to be lovers a few years ago. The video clip in question had been taken last year when they were still a couple, and Woo posted the video by accident.

On the very same day Kangta and Woo's dating rumors had spread, another media source reported that Kangta was actually dating South Korean actress Jung Yu-mi. They reported that they started their relationship 2 years ago, which left many netizens confused about whether Kangta had been going out with the two women simultaneously. 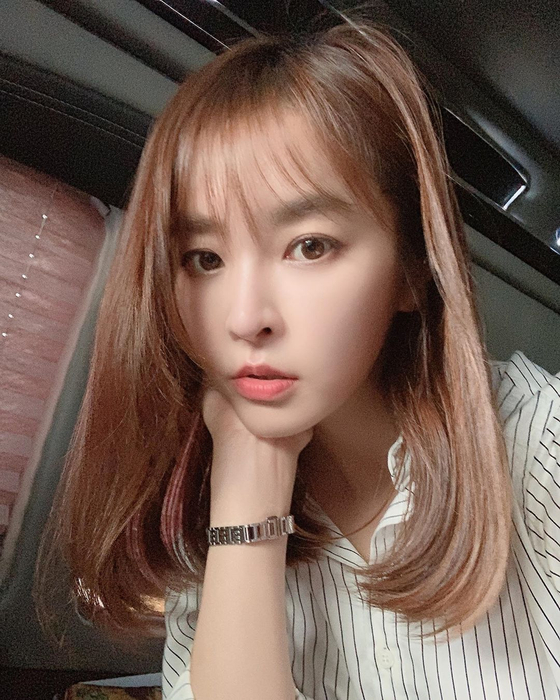 
There were also witnesses who saw the two spending time together in Jeju Island this February.

Both agencies denied of them ever having a romantic relationship and that they were just close friends. You can only imagine how baffled everyone was of this quickly changing news!

Model Woo uploaded an Instagram post later that evening explaining the incident. She apologized for the trouble she had caused, and explained that she and Kangta had been a couple until last year, but recently started seeing each other again.

By this time, everyone thought that Kangta was the victim of being wrongfully accused of two-timing between the two celebrities.

The next day, August 2nd, Kangta finally spoke out on his Instagram. His explanation was pretty much the same as Woo's explanation. He said that Woo and he discussed her Instagram post beforehand.

Thought it was all over, right? Well, actually it's just the beginning. Announcer Oh exposed Kangta's overlap on her Instagram. 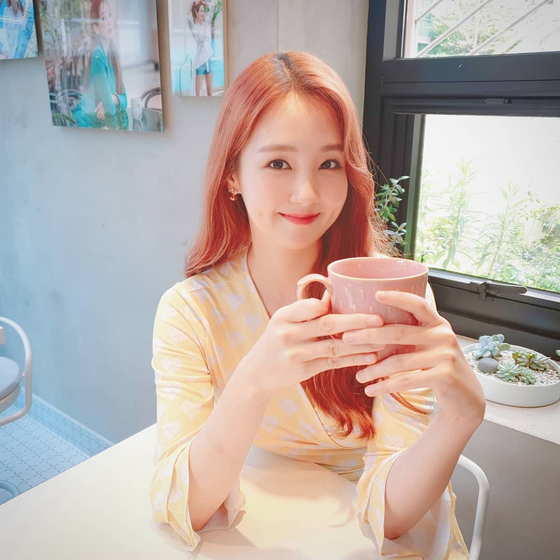 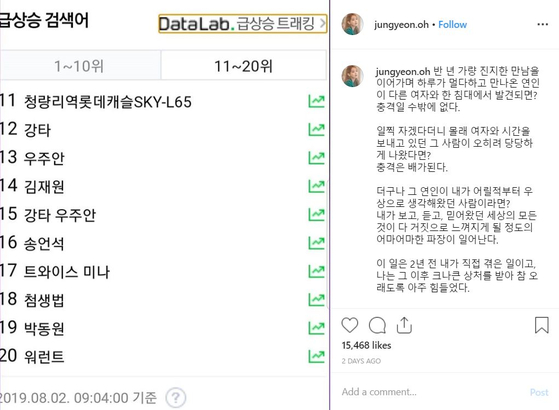 
To sum up her story, when she gave a surprise visit to Kangta's house, she spotted Kangta lying in bed with another woman. What's more shocking is that Kangta did not show any sign of remorse, and the shock was indescribable for Oh especially because she had idolized Kangta ever since she was young.

Shocking, truly shocking. Now that the overlap had been confirmed, people were still curious of who exactly was the woman that Oh saw. Woo's sister wrote a comment to defend Woo. According to her, Woo was also a victim. When Woo was with Kangta, the door opened and she panicked. She guessed that she had been cheated, so she let the two have a conversation. Soon after, the woman (announcer Oh) had left, and Kangta told Woo that Oh was an ex-girlfriend. 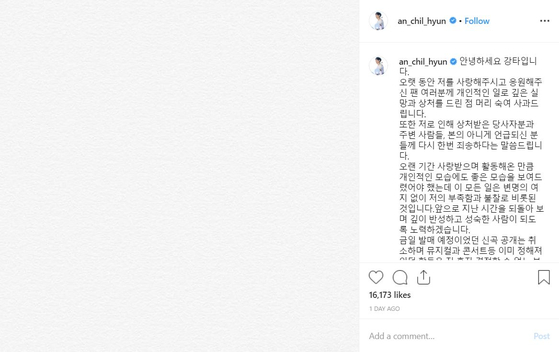 
Now that everyone found out about Kangta's scandal, he posted one last time on his Instagram that he is sorry for all of his behavior, and that he will not be releasing his new song which was scheduled to be released that day. He also dropped out from the musical he was supposed to appear in and did not attend the SM concert.