What Happened After JUNGKOOK Begged To Let Him Grow His Hair 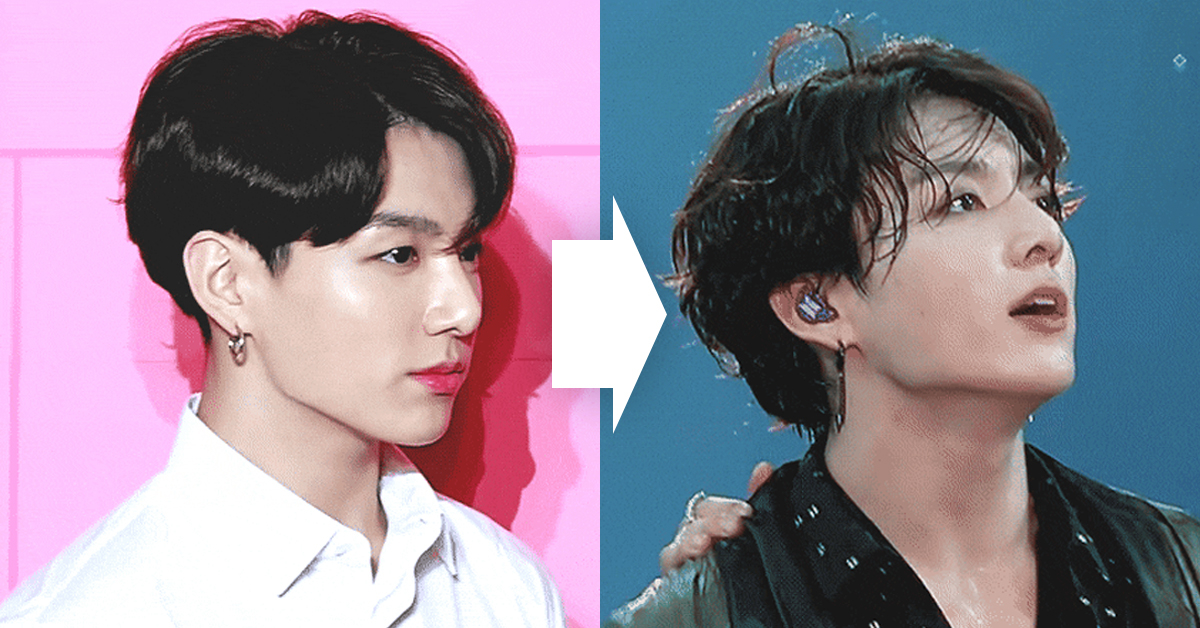 
It all started in April when BTS was headed for Bangkok for their concert. JUNGKOOK showed up at the airport with much longer hair than he usually prefers which made ARMYs excited.

The boy knows what's best for him for sure


However, not after long, he cut his hair short again for Boy With Luv leaving fans in a slight disappointment. But of course, this hair suited him just fine as well.


When their schedule for Boy With Luv was coming to an end, JUNGKOOK announced that he will not cut his hair until the end of their world tour during a fan sign event.


JK: Guys, I'm not cutting my hair until the end of the tour.
ARMYs: "Okay!" "Why?"
JK: I'm going to let my hair grow out. Don't be too disappointed.
ARMYs: Why?
JK: I just really wanted to try it for once. I trust you guys. Please let me grow it out.
RM: JUNGKOOK, do it when you're in your 40s.
JK: In my 40s..Isn't that to late to grow my hair?
ARMY: Are you going to grow like Terrence?

FYI, Terrence is a character from the animation Candy Candy who possesses his signature long curly hair. 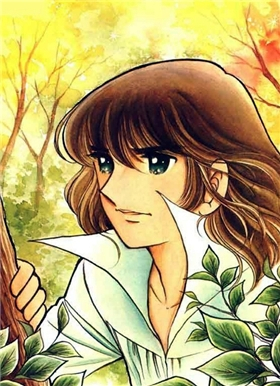 As if he wasn't convinced by the ARMYs' calm reaction, he asked for permission once again.


JK: I really want to have long hair.
ARMY: How long?
JK: Like a lot. You don't want that?
ARMY: That's okay. Do whatever you want to do.
JK: Whatever I want to do? What if I want to grow it out until it reaches my shoulder?
ARMY: ...

Now that he got permission, he really began to let his hair grow during the tour dates. 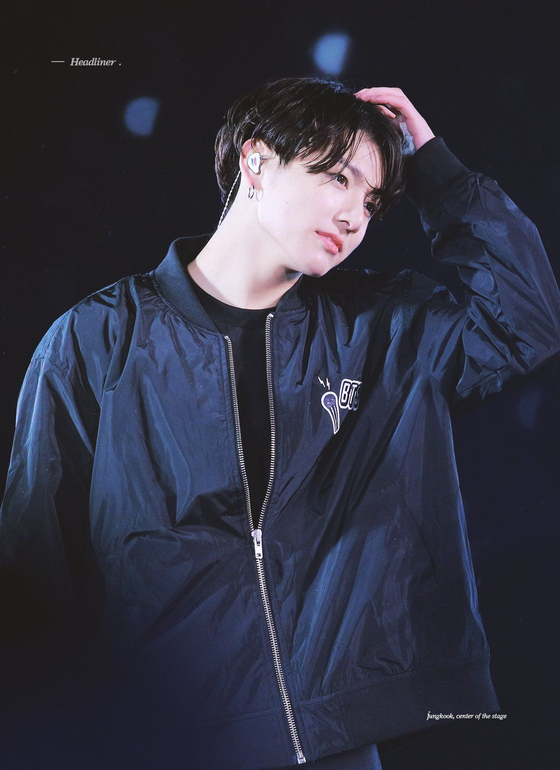 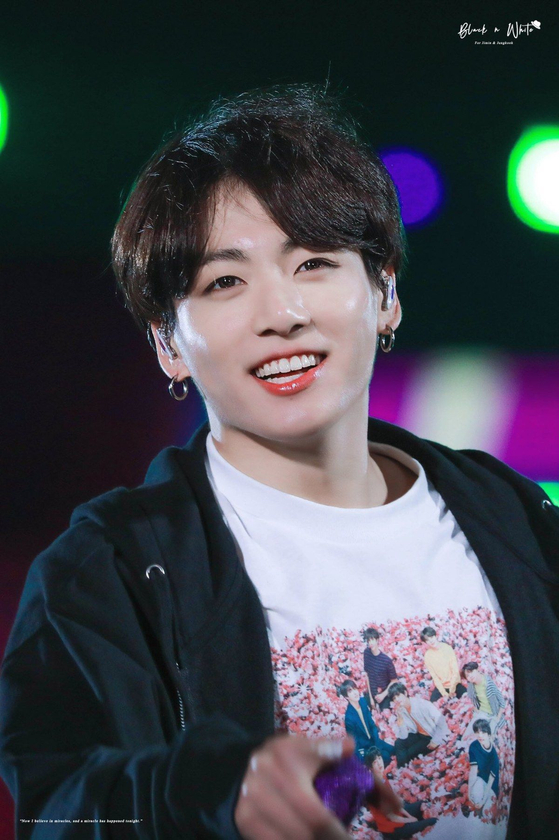 
Then June. You can see a slight change of length, but not so much that one would notice.


Until at the end of June, we finally got our Terrence we've all been waiting for.


Long hair and standing microphone? The definition of sexy.


The Run! BTS staff probably wanted ARMYs not to forget baby JUNGKOOK for they uploaded a new episode that was shot in early January where he still had short hair. I mean the gap is uncanny.


And now in July, his hair grew so long that it now comes way below his eyes and up until the tip of his nose. But somehow he still manages to pull it off. 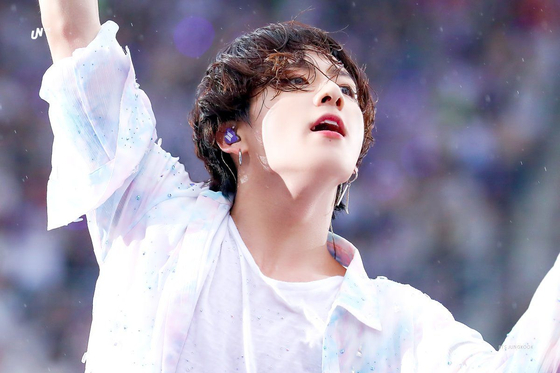 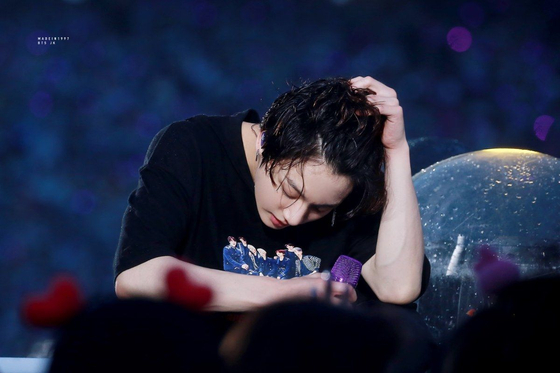 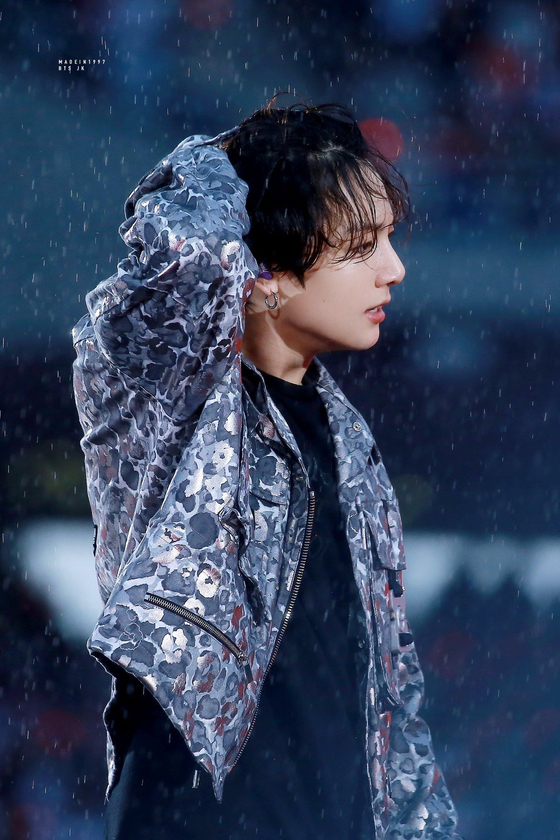 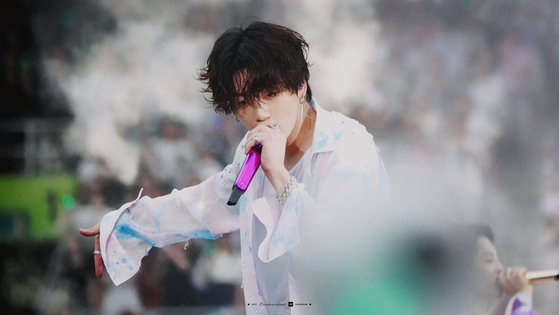 Related articles:
Rapper B-Free Apologizes to BTS for Insulting Them 6 Years Ago