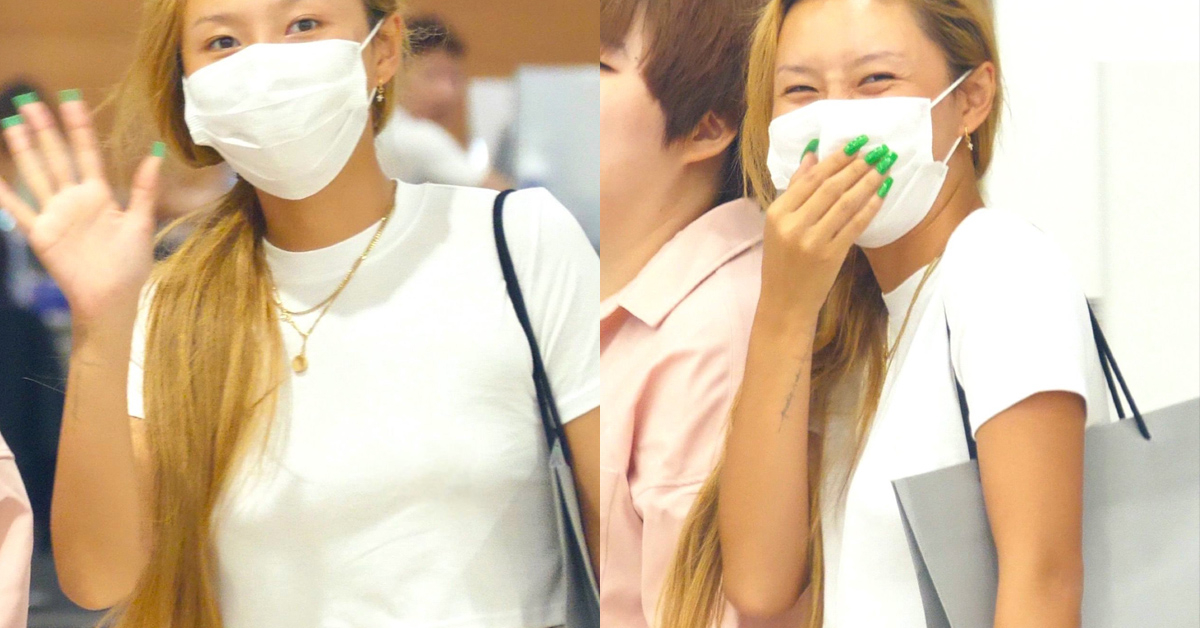 
On July 7th, Hwasa from the K-pop group Mamaoo appeared at ICN airport in a braless fashion. Her white t-shirt showed no effort to hide the fact that her breasts were hanging loose.


Why is this so significant?

Korea is still a relatively conservative society and women's clothing are often restricted under societal scrutiny. Not to mention if you are a K-pop idol.

A K-pop idol is often the center of attention of many, so their actions and choice in outfit are even more restricted under strict and somewhat sexist standards. Female K-pop idols are usually expected to act a certain way that's "feminine" or "lady-like."

But for Hwasa from the girl group Mamamoo to appear nonchalantly in front of the press in an unconventional braless fashion is bold move!
It's like she's implicitly rejecting societal constrictions and it's making me love her even more! Whether she wore this purposefully to make a statement or because she simply forgot to put on a bra, it doesn't matter. She looks comfortable and amazing. What more can a girl ask for?

I mean, do you know how especially uncomfortable and constricting a bra is in the summer?

I stand by her decision and nobody has the right to tell her to do otherwise!

It's fortunate that more and more women in the entertainment business exert their own decisions in their actions. Previously, Sulli, former member of the K-pop girl group F(x), has taken a lot of heat from the public for her bold no-bra fashion. Rather than respecting her choice and realizing that she's a grown woman who can do whatever she wants to do, people vehemently left comments of how not lady-like it is and how embarrassing this is for her. 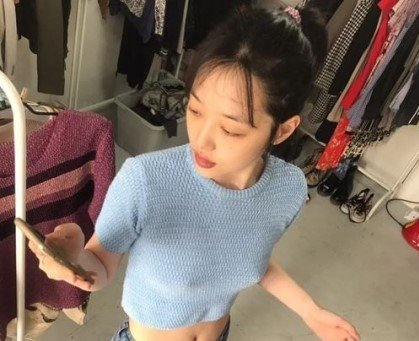 
Hopefully the public has matured over the time to render a better reaction for Hwasa this time.

As a trendsetter of fashion and a popular influencer, Hwasa's bold action will speak volumes for women's choices in the future. Hopefully more women will find the courage to freely wear what they want and society matures into respecting women's choices.