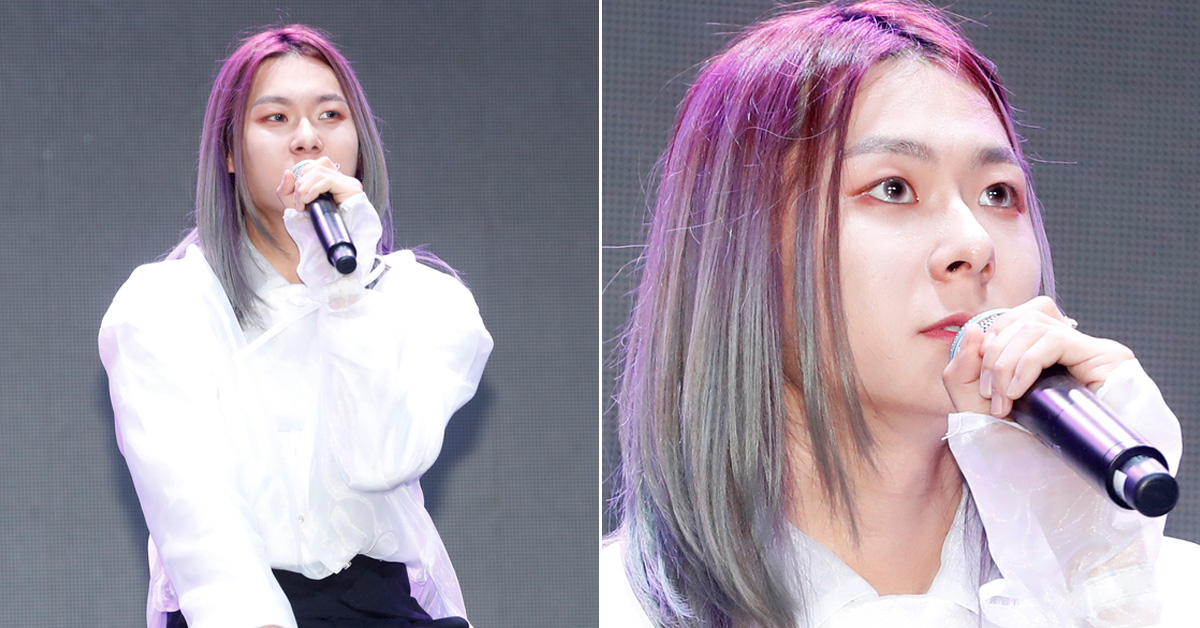 
"When I die, I don't want you to wear black. Please wear your nicest stage outfit for my funeral."

It was his mother's wish to see her son debut


This was what Jang Moon-bok's mother told him before she passed away. Jang Moon-bok is a South Korean rapper who appeared in many survival programs including Super Star K Season 2 and Produce 101 2, and gained attention from netizens with his signature long hair and unique rap style. He recently debuted as a 4 member boy group called LIMITLESS.

During their debut showcase on July 9th, he opened up about his recent loss of a family member. His mother who had been suffering from ovarian cancer had passed away last May. The doctor told that she had time until December, and Jang Moon-bok's agency ONO Entertainment decided to show her his son debuting as a group and scheduled their debut date in May. However, her condition rapidly became worse after a week since the decision was made and soon passed away.

Jang Moon-bok attended his mother's funeral in his white stage outfit accordingly to her will and their nearest friends and family also wore bright-colored attire.

Related articles:
How EXO SUHO Responded To A Fan Who Quit Her Job To Go To The EXO Concert