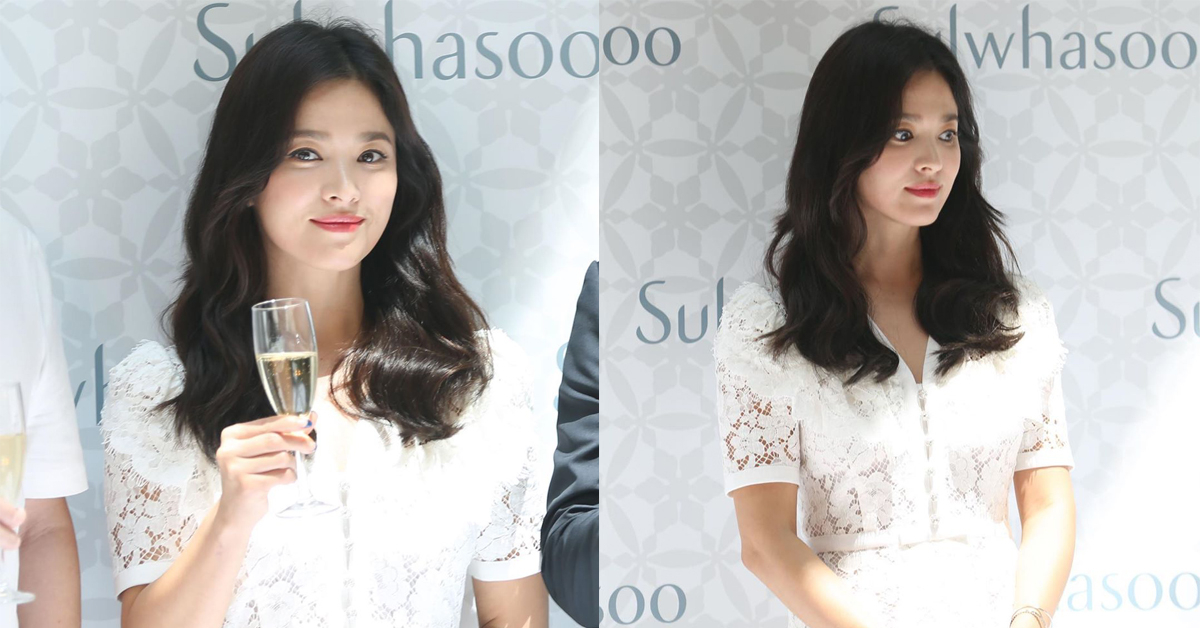 
On July 6th, actor Song Hye-kyo was seen at an event for cosmetic brand Sulwhasoo in Hainan Island, China. This was her first public appearance after her divorce, bringing up much attention from fans.


Fans from China brought slogans that wrote 'We will always support you' to welcome her, and Song Hye-kyo waves her hand towards the fans who were there.

According to a Chinese media source, Song Hye-Kyo said, "I want to say thank you to everyone who came here to show their support."

After a brief interview with reporters, she had a photo shoot at the cosmetic store. One fan cried out "Pretty, you're so pretty!" in Korean, making Song Hye-kyo burst out in laughter.

Song Hye-kyo recently went through a divorce with actor Song Joong-ki after their 1 and a half year of marriage in 2017. The reason behind their divorce is known as personality differences.