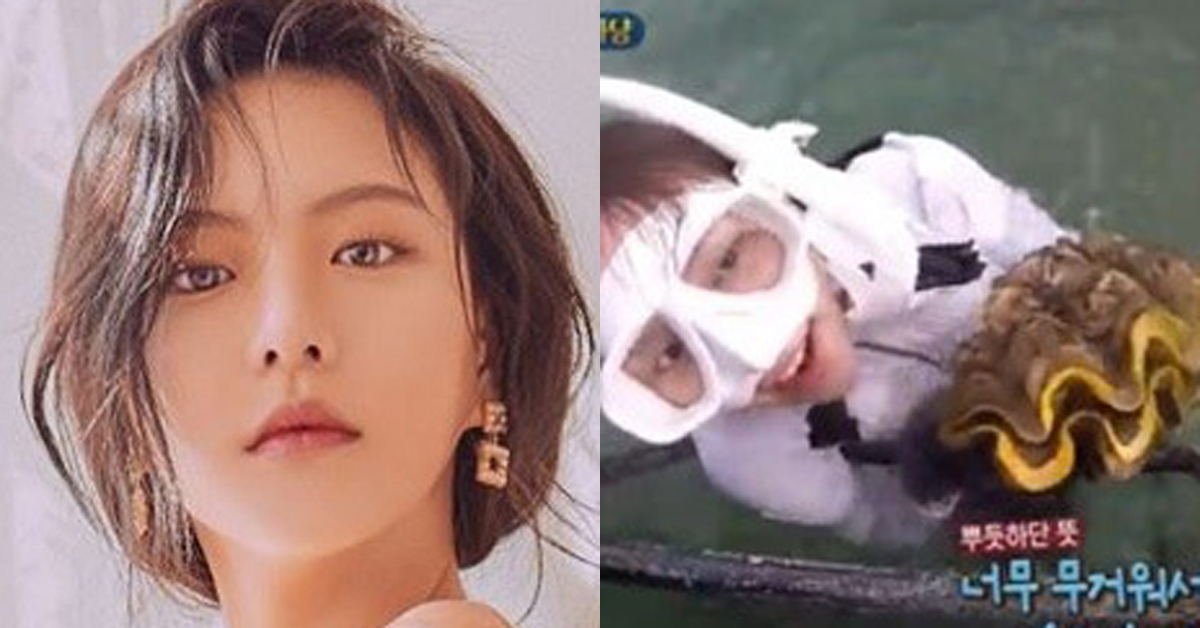 
The Korean reality show 'Law of The Jungle' is currently taking a lot of heat for illegally harvesting and endangered species of giant clams. In the center of this controversy stands Korean actress Lee Yeol-eum who appeared in the reality show as the main culprit of extracting this giant clam from the ocean. The carelessness of the producers and the actress have brought many to demand the cancellation of the show and the rightful penalty for those involved.

But people are saying that she's not the one responsible...


The controversy started on June 30th when an episode of The Law of the Jungle aired. Since its pilot in 2001, the show has invited many Korean celebrities to spend a couple of days in the wild and use their survival skills to get by.


For this episode, the crew of The Law of the Jungle visited Hat Chao Mai Marine Park. The episode showed Lee Yeol-eum catching three giant shellfish and other guests on the show eating them. Unfortunately, giant clams are an endangered species and Thai laws forbid anyone from extracting them from their natural habitat.


This reckless behavior of hunting and eating an endangered species was immediately brought to the attention of Narong Kongeiad, chief of Hat Chao Mai National Park. The chief immediately reported the actress to police authorities for violating wildlife laws and national park laws. Depending on what she is found guilty of, she could be facing a potential maximum of 4 years in prison and a fine of up to 40,000 baht or up to 5 years in prison.


A major uproar of disapproval arose from the public when they heard of the news. Fans and viewers alike attributed most of the blame to the careless producers who let this happen. They also criticized the producers for hiding behind the actress and letting her take the fall for their failure to heed park regulations and laws. An anonymous person even claimed that he was a professional diver and it seemed impossible for an amateur swimmer like Lee Yeol-eum to extract a giant clam from the ocean by herself, and it could only have been possible if the whole thing was staged and meticulously pre-arranged by the shows' producing staff. One of the viewers sent a national petition to the Korean blue house asking for the exemption of Lee Yeol-eum, who only has a fault in trying to do her best to heed the instructions of the producers while demanding for severe punitive measures for the irresponsible producers.

On July 5th, the producers realized the gravity of the situation and stated an official apology. "We sincerely apologize for producing the show without completely familiarizing ourselves with the local regulations beforehand. We will be much more careful in the future," they said.

But Narong Kongeiad responded adamantly. "This is an evident criminal act and we will not withdraw our charges. Even if the responsible party is currently not in Thailand we will find her through police authorities."

No matter whose fault this is, it is still a clear violation of Thai national laws and an evident disrespect to the beautiful and delicate Thai nature. The responsible party must pay his or her price.