Do You Know The Secret Behind JIN's Purple Hair?


BTS is currently in Japan for their world tour Love Yourself: Speak Yourself in Osaka and Shizuoka. Their concert in Osaka was held on July 6th and 7th, and their world tour is coming to an end with the final concert in Shizuoka, which will be held next week on July 13th and 14th.

Oh what can't JIN do?


On the first day of the Osaka concert, JIN showed off his new hair style. Just a few days before the concert, his hair had been a bright blonde as seen here in the photo of their departure from Incheon Airport, Korea. Now it has turned into a bright purple!


Well guess what? It's actually done by himself! JIN uploaded a post on Weverse a few hours before the concert and said "I attempted to dye my hair by myself, but failed badly". 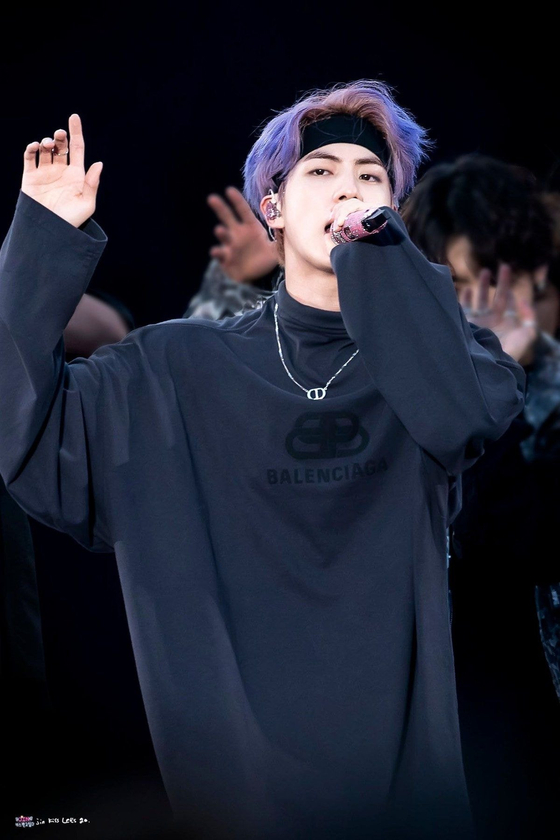 
Nonsense JIN. Fans commented that if JIN hadn't confessed that it was self-dyed hair, they wouldn't have noticed at all. Other comments said "A must-have equipment for self-dyeing: Perfect face" and "Even the blotted colors seems like an intended effect when JIN does it". 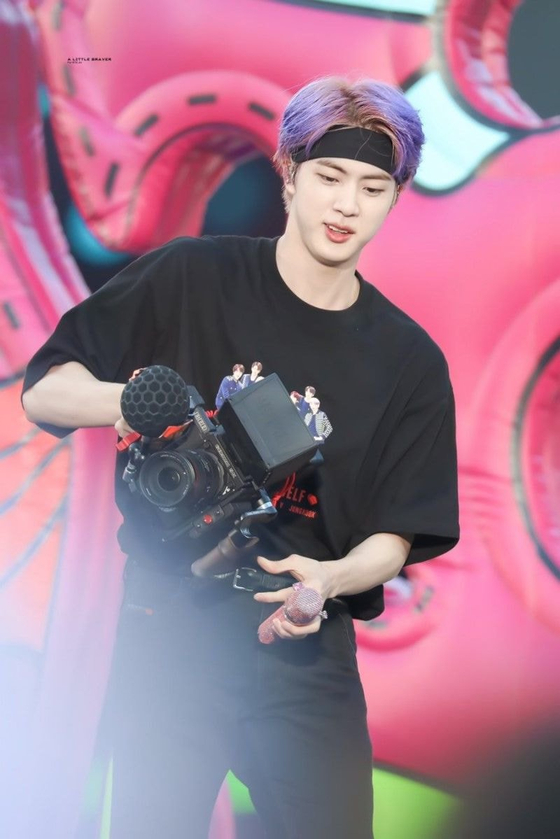 Related articles:
The Only Time Jin Lost Confidence in His Looks