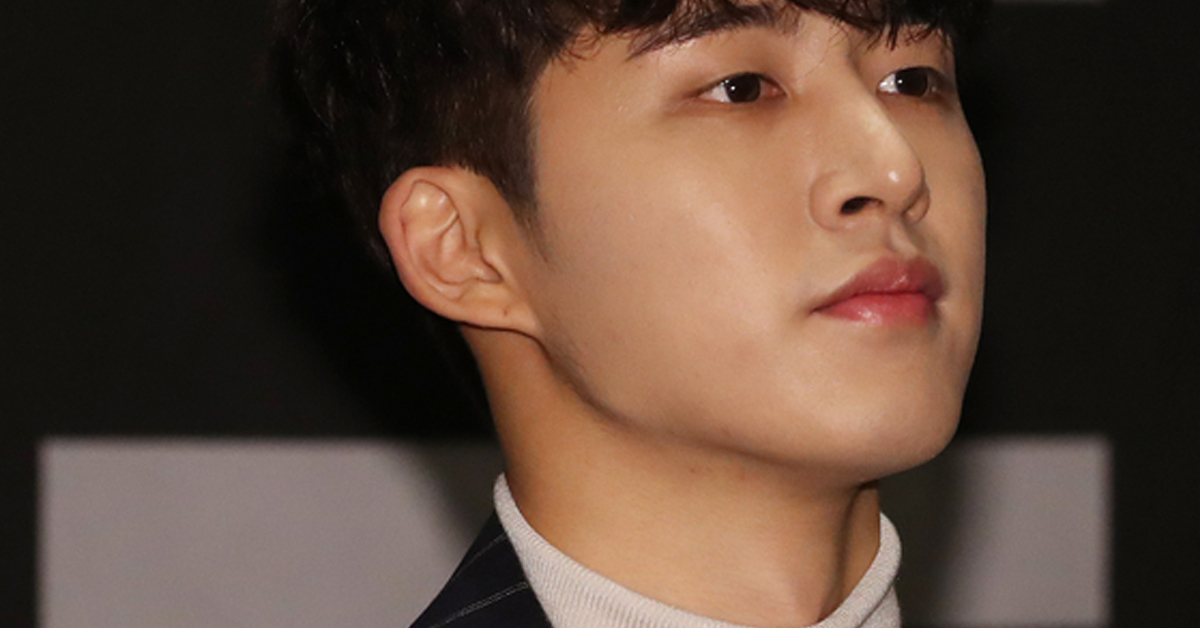 
Just this morning the Korean online news medium, Dispatch, released an article that sent the entire K-pop fandom into a controversial frenzy. They did an exclusive on B.I's alleged drug use and trade by disclosing a never-before-seen online conversation with B.I and an alleged drug dealer. According to Dispatch, the alleged drug dealer is currently a suspect for being involved with drug-related crimes, and when he was arrested without a warrant in August, 2016, he revealed the B.I was one of his buyers. He allegedly delivered LSD, a hallucinogenic drug, to B.I in May, 2016, and had an online conversation to prove that he did so. But the police force was reluctant in arresting B.I for some reason, and the whole case seemed to subside. Until now that is.
This is the exclusive disclosed conversation.

B.I: Should I buy 3? I need to save money though. Do you get a discount if you buy it?
Alleged Drug Dealer: No. but after you try L, marijuana seems like a joke. And that's how you go to cocaine. I'm going to be mad at you if it gets to that point.
B.I: Lol no. I just want to do this because I want to be a genius
Alleged Drug Dealer: You're going to end up like OOO (anonymous) Lol
B.I: I'm going to do one forever. But I want to do it f***ing forever. But it's really f***ing expensive. But if I do L, does it work? Can I see hallucinations and graphics and everything?

Fans were enraged by B.I's incriminating behavior and demanded for further explanation from himself. He remained silent until this afternoon, when he posted on Instagram his official statement to leave his affiliated K-pop boy group Ikon.

Here's what he wrote:

It's Kim Han-bin (B.I's real name)
First I want to sincerely apologize for causing such a stir with my inappropriate behavior.
I admit that it's true I once wanted to rely on the things that I should have never even taken an interest in during the times when I was in agony and pain. But I was too scared to try anything.
Still, I feel embarrassed and apologetic to the fans and members who might have been greatly disappointed and hurt from my wrong choice of words and action.
To humbly accept my wrongdoings, I wish to withdraw from the team.
Once again, I express my deepest apologies to the fans and the members. I am sorry. 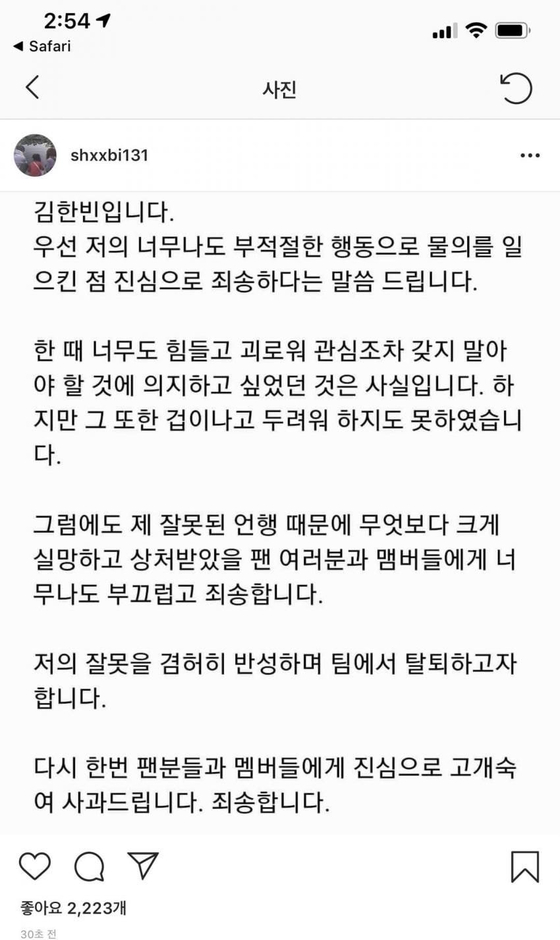 This is YG Entertainment.
We express our sincerest apologies to all we have disappointed regarding YG-affiliated artist Kim Han-bin's recent allegations.
Kim Han-bin feels a heavy responsibility for everything that has transpired and realizes the gratitude of the situation. Thus, he decided to accept the official withdrawal from his team and the termination of his exclusive contract.
We deeply feel the responsibility of managing YG-affiliated artists.
Once again, we apologize for causing so much worry.