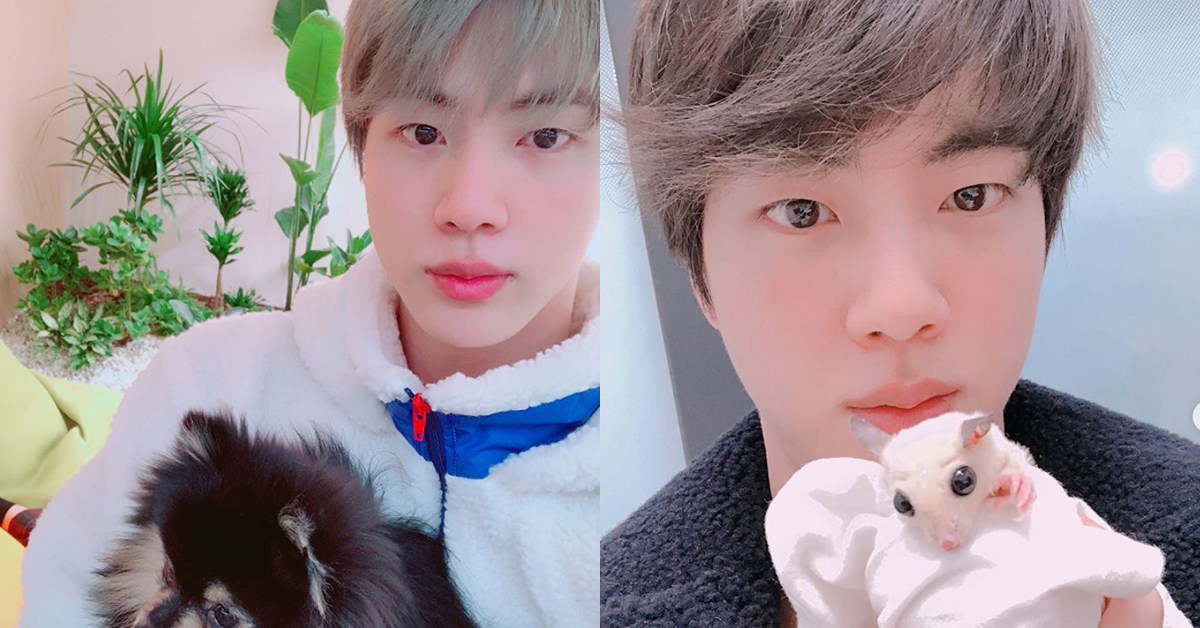 
This weeks-long BTS Festa, celebrating BTS' sixth anniversary since their debut, is full of gifted surprises for fans. BTS and Big Hit Entertainment are mass- releasing BTS photos and exclusives for Armys. Another pleasant surprise that came the Army's way is the newly released Jin's solo track that was updated last night, June 4th, on Soundcloud. The song is original composition written by Jin and is produced by Slow Rabbit and is characterized by the song's soft acoustic tunes. RM and Hiss Noise also collaborated in the production of the song.

Can You guess what his song is about? Also, English Translation of the lyrics included!


Jin wrote to fans in his Bangtan blog:

"Hello it's Jin
I wrote this song thinking about my pets.
It's my first original composition so I hope you enjoy it.
I'll work hard again to come up with good music for you. Thank you, Army"

Well, then let's get right to it and look at how Jin expressed his outstanding affection for his pets.

Your endlessly clear eyes,
Your touch that I've gotten so used to
Your face that lit up upon seeing me
I'm scared I won't be able to see any of it again

Listen to the song here!