Why JIMIN Couldn't Finish the Song Before Getting Emotional 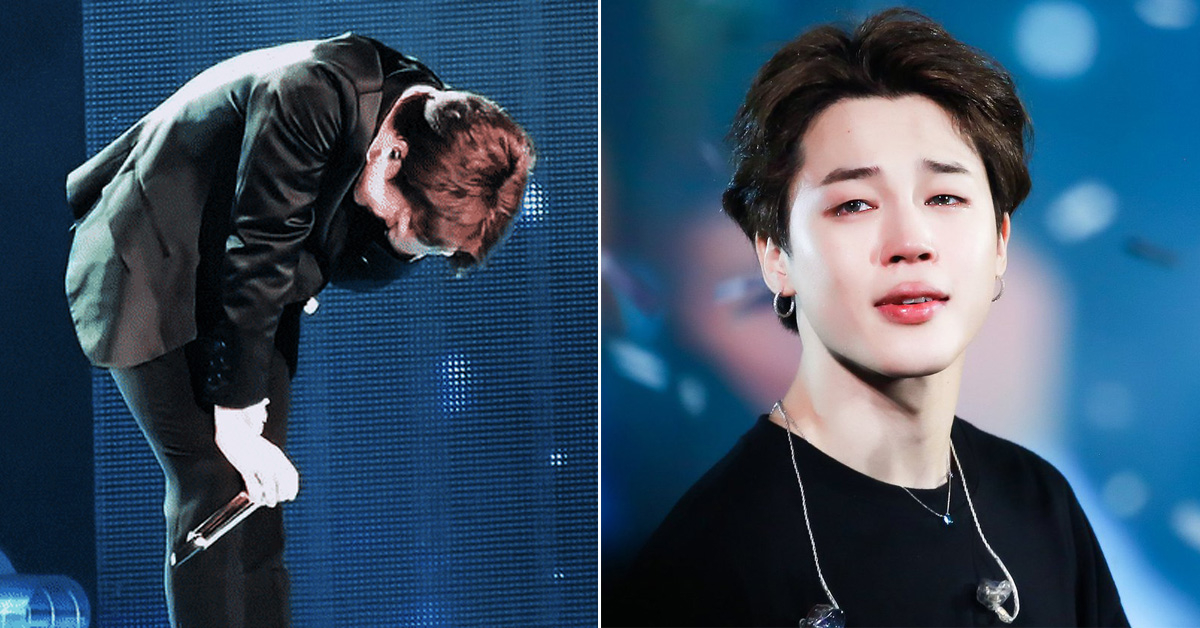 
JIMIN cried both days in their Love Yourself: Speak Yourself Brazil Sao Paulo concert.

Just watching the video will bring you tears


On the first day, as he was singing The Truth Untold, he seemed as if he was struggling to sing on his own as he lifted his microphone up high. When the ARMYs took the signal and sang along, JIMIN suddenly dropped down to the ground and covered his face with his hands. JUNGKOOK even had to help him out finishing the song for him. This emotional moment got ARMYs worried for his health and condition.


The next day, JIMIN and also JUNGKOOK was seen crying again during Mikrocosmos.


Then later JIMIN addressed worrying ARMYs about why he cried during the concert.

He said "I really wanted to say this to everyone. Until yesterday, I was feeling ill which is a rare thing to happen to me. But that was okay because I just had to do what I really love. And the real reason I cried was because you guys sang for me and that touched my heart and it was like a gift for me. Thank you so much and I will never forget your support and love."

As the crowd chanted his name, he added "I'm fine now. I love you everyone!" to reassure his fans.