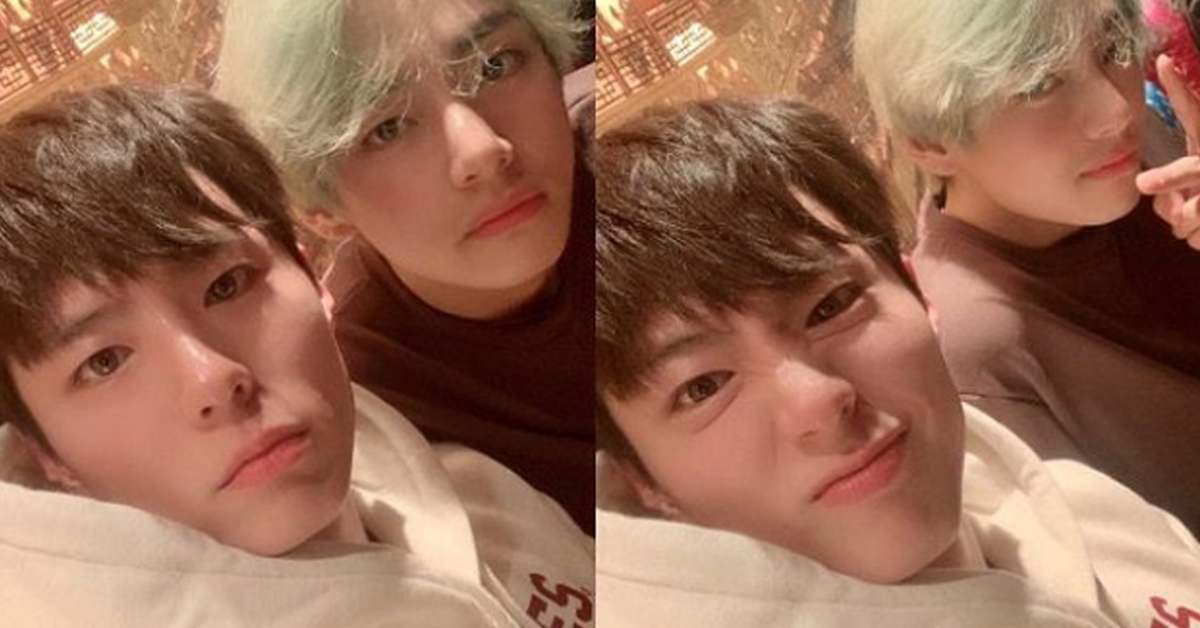 
Park Bo-gum, a renowned Korean actor who’s popularly known for his appearance Moonlight Drawn by clouds, has also been building a musical career in Japan since this May. As if his surreal good looks weren’t enough, he’s also equipped with blessed vocals. His album bloomin received positive reviews left and right and even ranked 3rd in the Japanese weekly Oricon singles charts.

V and Park Bo-gum!! I stan this friendship


Apparently there was someone behind the scenes who encouraged Park Bo-gum’s musical career, and it’s no other than V from BTS! The two celebrities have flaunted their friendship openly through social media. So it's not a big surprise that V was there to support Park Bo-gum's leap as a singer.

On the 21st, during the fan meeting in Japan Park Bo-gum mentioned ‘TaeTae’ as his cute friend, and said that V was the one who listened to his songs and told him that they were good. Park Bo-gum even mentioned that his family, fans, and V are the only ones that he’s released an album. Well, thank you V for that accurate assessment of Park Bo-Gum's music!


Who wouldn't love a Park B-gum and V combo? Not me. I stan this friendship!!

Related Articles:
SNSD YOONAH Coming Back With a Special Album on May 30th