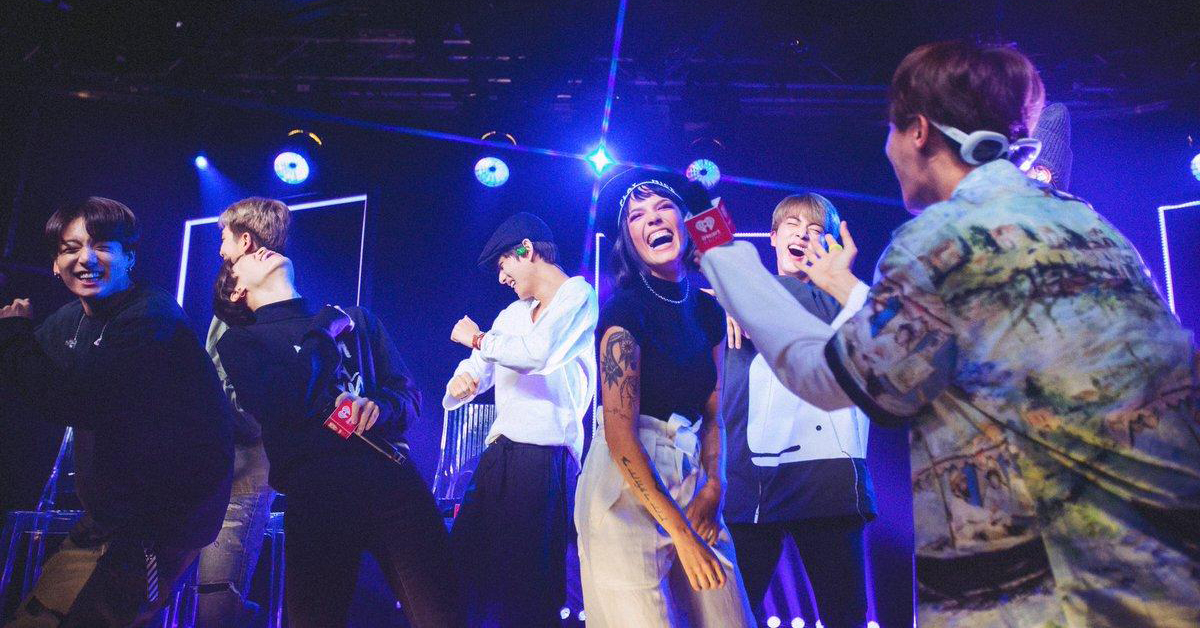 Their friendship is everything that we ever needed 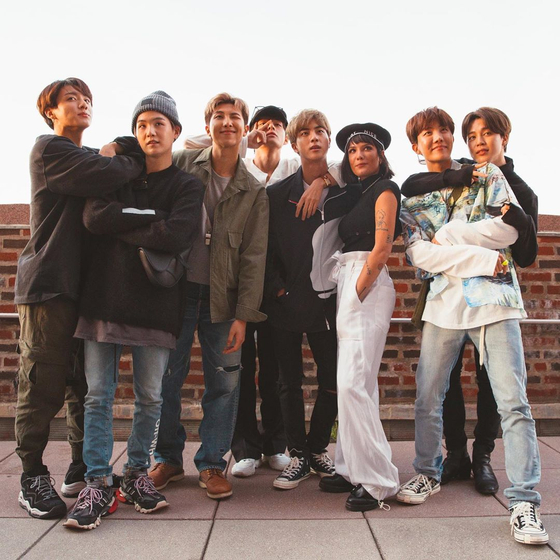 
Much to BTS's surprise, they didn't have a single clue on who the special guest would be until Halsey turned up in the studio. The boys greeted her with a warm hug as good friends would do. Jin even showed off his friendship bracelet that Halsey had given the boys as a gift.


When she was asked on what kind of energy she gets when she work with the seven boys, she described them as 'very funny' and 'works hard, too hard sometimes but they love what they do so it really shows'.

According to Halsey, when they were preparing for their performance of Boy With Luv the boys stayed in the rehearsal even though they were super jet-lagged and already knew what they were doing, just so that she would become comfortable.

Being the modest people they are, they returned the compliment and RM said, "I mean come on, it's her first time for her to dance and she practiced all the moves and she came to Korea for us. We're all friends right?"