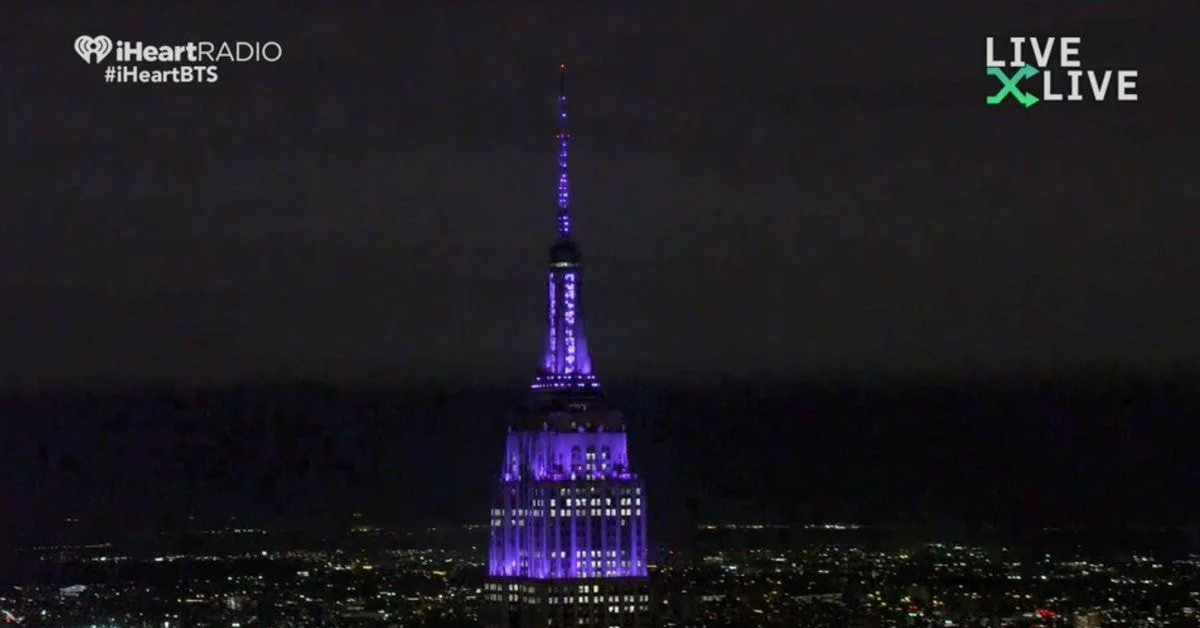 
Purple has become a symbolic color for our beloved BTS. This color has become so representative of the group that the fans even coined the phrase "I purple you" (or "borahae" in Korean," an expression that is commonly used among fans to say "I love you" to BTS.


Well, tonight the Empire State Building did an hourly purple sparkle for the one and only, BTS. It's not everyday that the Empire State Building lights up to another color for a celebrity, especially when that celebrity comes from overseas. Historically, the building lit up during iconic events like in pink to show solidarity with the women's march, or in yellow to commemorate the 30th anniversary of the Simpsons. This time, it's to mark BTS's appearance on iHeartRadio. 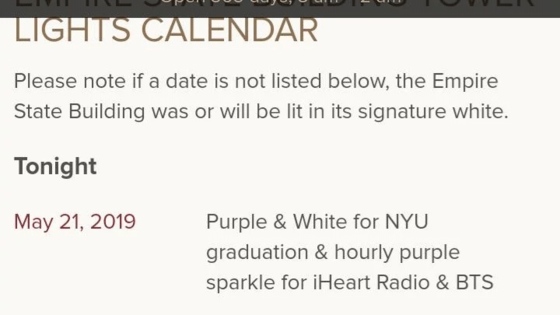 
Thank you Empire State Building for a magical purple night!