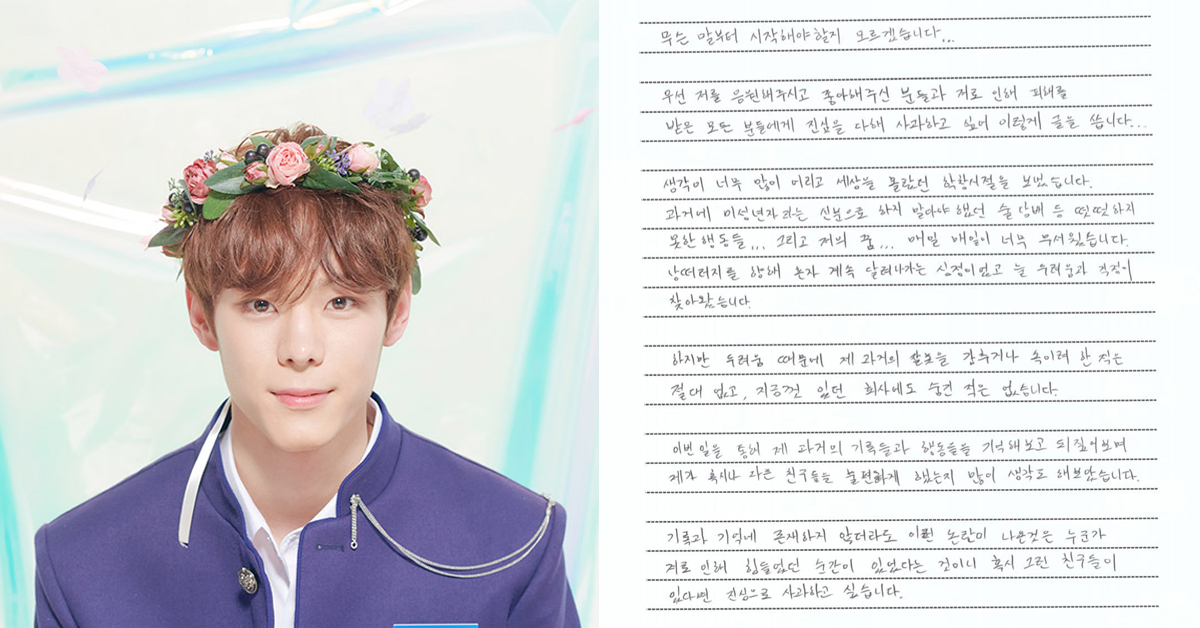 
On May 8th JYP trainee Yun Seo-bin posted a handwritten letter on his Instagram apologizing for his past behavior.

The past always comes to bite you back


Yun, who was making an appearance on Korea's biggest idol trainee survival show Produce X 101, has been in the center of controversy because of numerous reports from his past classmates of him smoking and drinking underage. 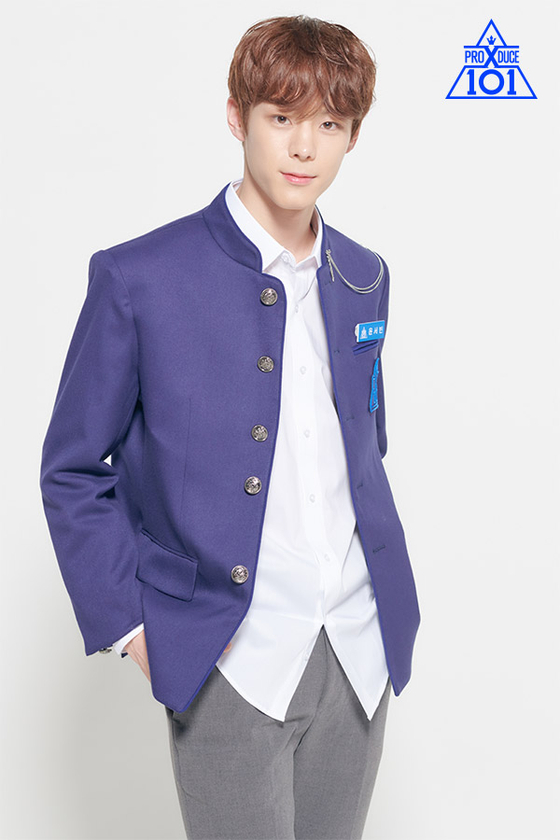 
He made a new Instagram account and uploaded an apology letter saying that "I'm sorry for everyone who had supported me and also those who were affected by my actions."


"I was young and naive and I have gone through underage drinking and smoking which I am deeply regretful about."

He continued, "However I have never hidden my past actions out of fear and haven't kept this a secret from my agency."

"I sincerely apologize to anyone who was hurt by me including the things I may have done without my knowing."

Lastly, he wrote, "I would like to say sorry instead of asking for forgiveness to my agency, the staff (of Produce X 101), and my fellow trainees who had to go through this all because of me."


Meanwhile, the producers of Produce X 101 announced plans to go through rearrangement of the trainees to prevent further controversies in regard to their personal life and past behaviors. They also asked each agency to check once again on any issues that might occur in the future.