SUGA Spotted at the LA Dodgers Game Rooting For RYU 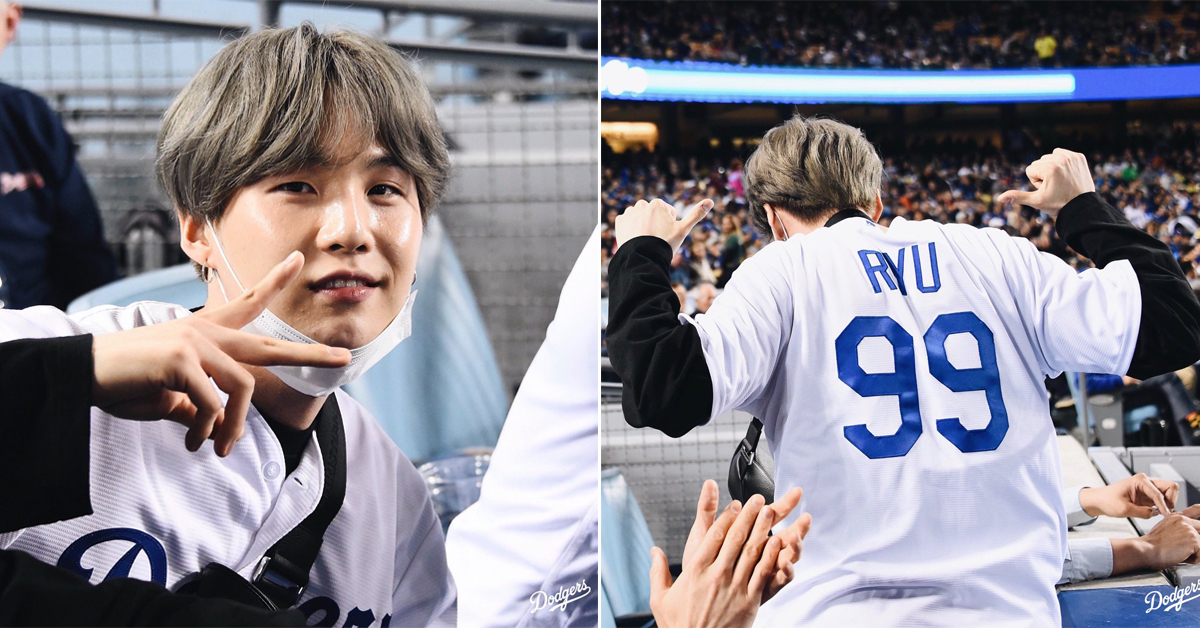 
It's a great day for both SUGA and LA Dodgers pitcher Ryu Hyun-jin!


On May 8th SUGA was spotted at the LA Dodgers game rooting for South Korean LA Dodgers player Ryu Hyun-jin. He was wearing RYU's jersey and he even showed it off in front of the camera. It is said that former MLB pitcher Park Chan-ho contacted BTS in the morning, offering them to arrange a visit to LA Dodgers' game.


LA Dodgers won the game by 9-0 against Atlanta Braves where Ryu tossed a four-hit shutout, which was the first shutout this season.


LA Dodgers gave a shoutout to SUGA on Twitter, calling him by his name Yoongi instead of his stage name. They even played BTS's IDOL in the fifth inning after Ryu struck out.


Quick throwback to 5 years ago when the boys appeared on BTS's American Hustle Life. Remember when the boys were so excited to see the LA Dodgers stadium and when they even got a chance to see their game? RM said "Since we're in LA we should go and see Hyun-jin hyung" referring to Ryu. In merely 5 years, they've become such a huge K-pop syndrome that now everyone is excited to see them instead of being the other way around.


After the game SUGA even got to meet RYU, or should I say RYU got to meet SUGA, and SUGA even talked about the time he was there 5 years ago.


Meanwhile, the other members were also seen having leisure in their own ways. RM visited a studio, J-HOPE went to a figurine exhibition. JIN went to the amusement park and JUNGKOOK was at Ariana Grande's Sweetener tour. It's nice to see the boys having the best time of their lives during their stay in the U.S.!