RM Succeeds in Signing Up for Music Show Pre-recording


You would probably already know that signing up for music shows is one of the most difficult and competitive events in the K-pop field. It’s free and you get to see your bias right up front, so it is any K-pop lovers’ dream to go to music show pre-recordings.

What can't RM do?


However, only a few hundred people are allowed in so these events are chosen by a first come, first served basis. You need to click at the exact time the server is being opened, not a second too early or a second too late.

RM has proudly tweeted that he succeeded in signing up for their pre-recording of Show! Music Core, placing 371st out of 500.

His trial and error of trying to sign up is all shown in a recent Bangtan Bomb video.


Fans were quick to find out that No.501 was actually a proxy buyer, who signs up for events such as pre-recording, concerts etc with a small fee. This is considered cheating and illegal, so devoted ARMYs reported this to BigHit requiring that No.502 is the rightful one to go to the pre-recording. 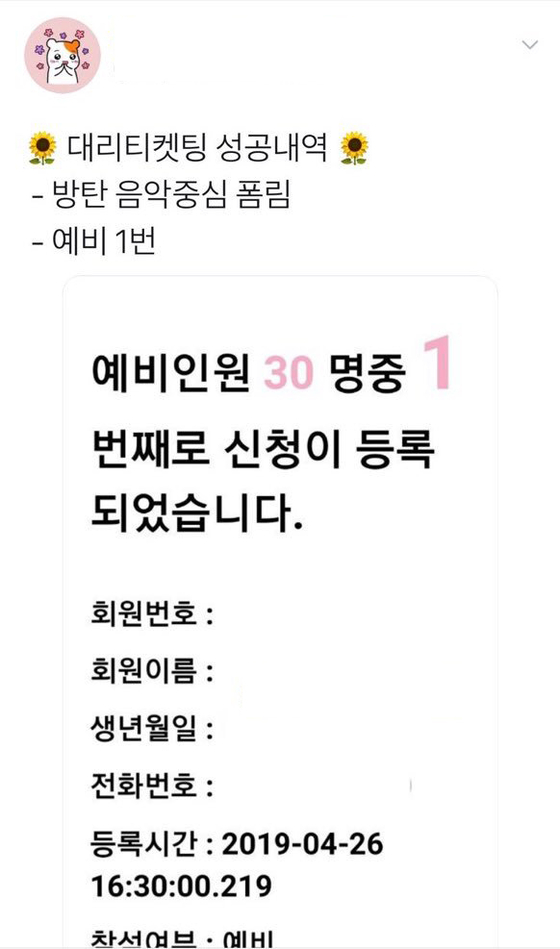