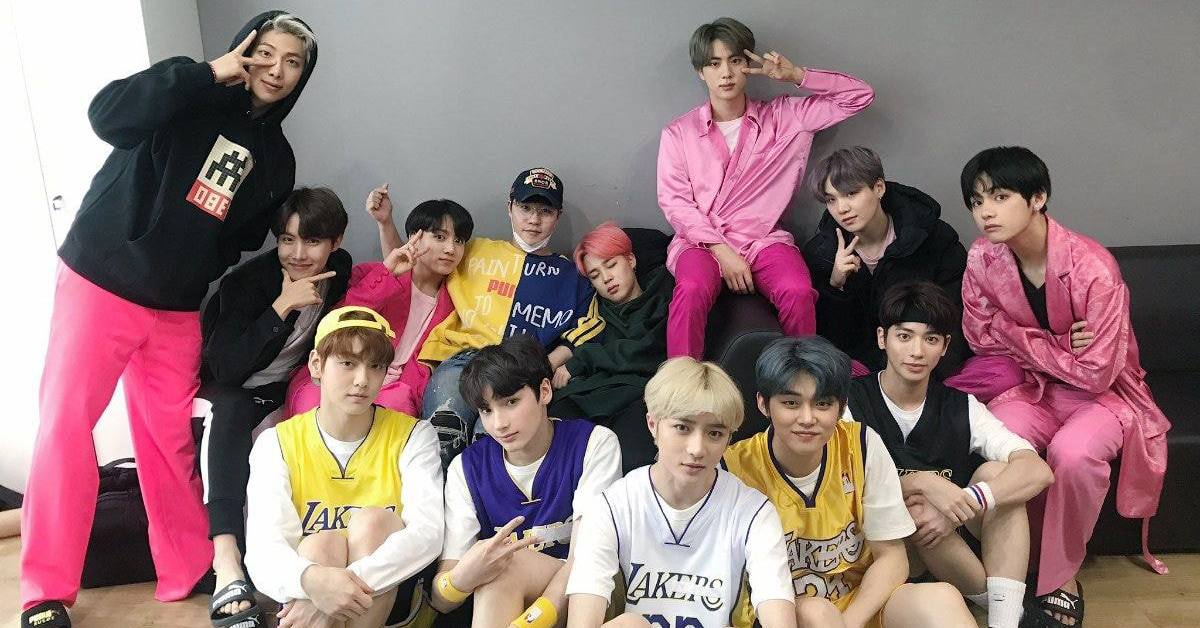 
BigHit is a relatively small company consisting of only 3 artists which are Lee Hyun from former ballad group 8eight, BTS, and rookie boy group TXT. Right now, BTS and TXT are both appearing on music programs for their songs Boy With Luv and Cat & Dog respectively.


Lee Hyun decided to visit his ‘hoobaes’ for old memory sake and because he wanted to gather up once in a while. He uploaded a group photo of him, BTS, and TXT all sitting in the waiting room of Show! Music Core.


But it seems like one of them wasn’t even aware of the fact that they were taking a group photo. JIMIN, leaning on Lee Hyun’s shoulder, is in a deep sleep.


JIMIN tweeted “Hyung, why don’t I remember this at all? Guys(referring to TXT) when did you guys come by?”.


Soon after the photo was posted, fans had a lively discussion about the situation. Was JIMIN pretending to be asleep? How did they take the photo without JIMIN’s notice? Were they keeping their voices down? After taking the photo did all the other members tiptoe their way out?

There were millions of questions left unanswered, and then JIMIN himself addressed the funny situation later in a fan sign event.


He said “Hyun hyung came today, and I remember seeing his face.” A fan asked “Were you sleeping?” and JIMIN replied “Yes, so much. I didn’t even see our kids (TXT) coming.” SUGA added “You were sleeping so deeply I was surprised. How could you not wake up when it was so noisy in there?”, confirming that JIMIN was really sleeping.

Just imagine JIMIN sitting there sleeping while everyone else is getting ready to take a picture, and no one waking him up! If this isn't cuteness overload I don't know what is. To see more of our latest K-pop news, click on the link below!