K-pop Words That All BTS Fans Should Know 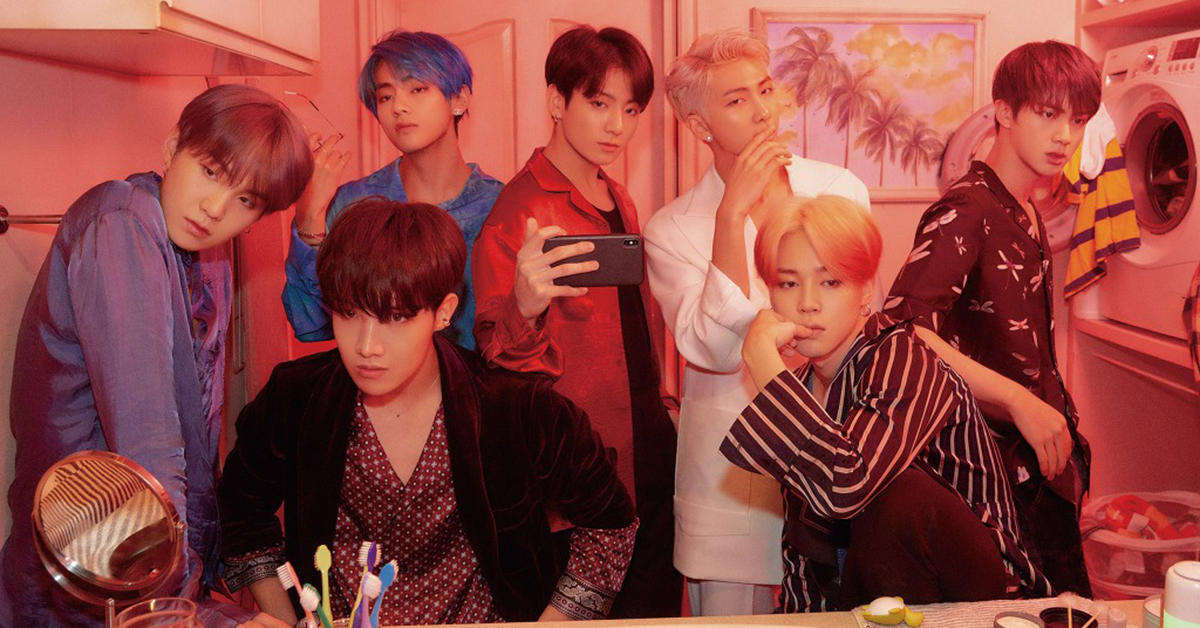 
How well do you know K-pop? You might be just getting into it, or you may already be an expert at it. K-pop might be tricky sometimes without knowing the right terminology or slang. Here are some of the K-pop slang you should know whether you are a noob or a die-hard fan!

A true ARMY would know all of these!

This series of words are especially BTS-related so true ARMY fans might know all of these!
Test your knowledge for K-pop!

Anti
n. short for Anti-fan. The word refers to someone who is the opposite of a fan. Someone who openly displays their hatred for a celebrity.

Bias
n. The favorite member of a K-pop idol group. For example, Jin is my bias from BTS

Fighting!
In Korea, this word is commonly used to cheer someone up. It’s pronounced as hwa-ee-ting! Depending on the situation, it could also mean good luck! or break a leg!

Maknae
n. Refers to someone who is the youngest of a group. It could mean the youngest member of a family, K-pop group or really any type of group or community. In BTS, the maknae is Jungkook.

Maknae Line
n. On a similar note to Maknae, Maknae Line refers to the young members of a group. In BTS, the members in the maknae line are V, Jungkook, and Jimin 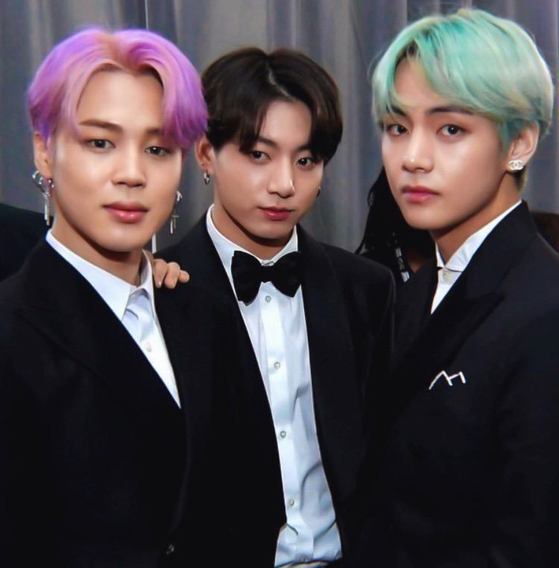 
Sunbae
n. the direct translation means senior or elder, but it doesn’t refer to old people. It refers to someone who has entered a society before you. For example, if you are a freshman at school, a sophomore would be your sunbae. A sunbae does not have to be necessarily older than you either. If someone entered your field of work before you, he or she could be your sunbae even if that said person is younger than you.

Hoobae
n. the antonym of sunbae. It means junior and refers to someone who entered a society or community after you.

sasaeng
n.a sasaeng or sasaeng fan is someone who is so obsessed with a celebrity that he or she goes as far to stalk and harass a celebrity. Some sasaeng fans even went far as to break into the celebrity's houses or follow them into bathrooms. Definitely tasteless and toxic behavior!

Let's move on shall we? How well do you know these phrases that were popularized by BTS members?

maemae party
n.Maemae can mean scolding or spanking in Korean. While the maknae line of the BTS members were having fun and playing games on Bangtan bomb, a series on Youtube showing BTS' behind the scenes, Taehyung (V) said, “if anyone cheats, it’s gonna be a maemae party.” In this situation, he meant that the one who loses is going to receive a scolding or be in trouble, but in a fun and playful way. 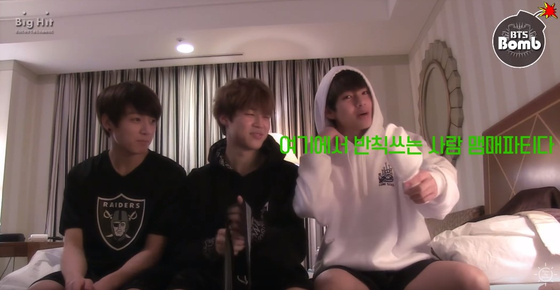 You got no jam
This phrase means “you’re not funny” Back in 2014, during the show Bangtan’s American Hustle Life, RM said “You got no jam,” as in you’re not funny at all, to Jimin, and from then on the word became a popular slang. “Jammy” means fun in Korean, so to say “you got no Jam” is a playful mix between Korean and English.

borahae
v. the direct translation would be “I purple you.” After Kim Taehyung (V) of BTS revealed that purple is his favorite color, fans use this word to say “I love you”to V.
“Purple is the last color of the rainbow colors so it means I will trust and love u for a long time.”- Taehyung

For this level, let's take a look at nicknames of BTS! How many do you recognize? Did you already know the origins of each name? Let's find out! 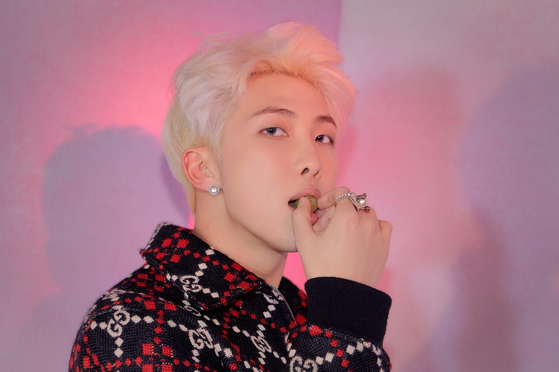 
RM
Monie- As many already know the acronym RM is short for Rap Monster. Fans gave RM a cute nickname of Monie after the Monster part of his name.

Namjesus- Fans use this nickname when RM is looking particularly fire. 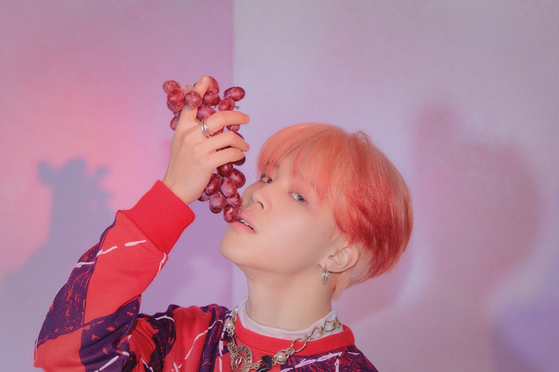 ChimChim- Tony, the hiphop artist, was the first to call Jimin by this nickname on the show American Hustle Life. From then on, fans have been using this nickname to refer to Jimin affectionately.

Ddangji- This nickname originated from the Korean slang word, "Jang ddan-ji," which means calves. He has on numerous occasions revealed his sexy calves, and fans couldn't help but notice and give him a nickname that compliments this particular body part.


manggae-ddeok- This is a type of a Korean rice cake. Jimin is often referred to as a rice cake, or mochi, because of his cute and squishy cheeks and attitude. His white complexion also helped in acquiring this nickname! 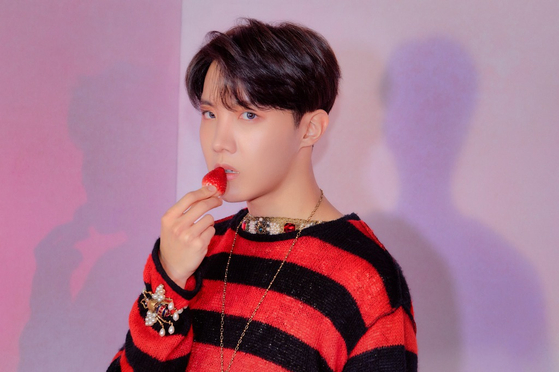 Hobi- This is the most common and cute nickname of J-Hope. Fans took out the last part 'Hope' of J-Hope's name and replaced the p with a b and added an extra suffix -i to make it sound cute. In Korea, the pronunciation is much more common and easier.

J-Dope- J-Hope is especially known for his extraordinary dance skills. What better nickname than J-Dope can describe his dope freestyle dance?

J-Nope- Nicknames are all about rhymes, aren't they? J-Nope is a nickname for J-hope when he' s in a particularly 'Nope' mood. Fans saw how sometimes he isn't his usual bright self when he's exhausted, so for those times, J-hope is called J-nope. 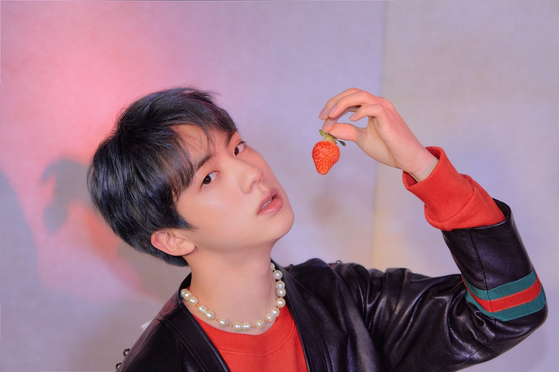 Worldwide Handsome- do I need to say more? He is indeed, worldwide handsome. There's not much mystery in how he acquired this nickname.

jinpaca- Jinpaca is from Jin and alpaca. Fans thought that he looks like a cute alpaca especially when he's chewing or mumbling. Even his emoji character from BT21 (a series of cartoon characters created by the collaboration of BTS and Line Friends) is an alpaca.

Dwe-jin (Pig jin)- the Korean word for pig is Dwe-ji, so the fans added an extra letter at the end to make the word 'Dwe-jin,' a combining the words pig and jin. He has no shame in revealing his love for food! His passion to eat helped him acquire this nickname. 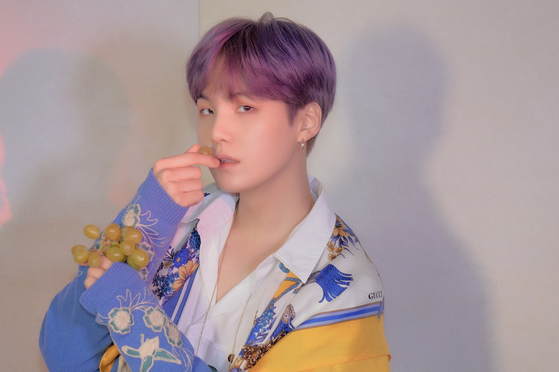 Agust D- if you put the letters backwards, it spells out DT Suga. The DT stands for Daegu Town, Suga's birthplace. He usually goes by this name in his solo work as a rapper.

Min PD- PD stands for producer. Suga acquired this nickname because he produces and writes many of BTS' songs himself. Min is the surname of Suga's real name, Min Yoongi.

lil meow meow- This nickname was given to Suga no particular reason other than he's just so cute. After being love-struck with his cute complexion and attitude at a fan-sign event, a fan gave him this nickname and it has stuck since then. Just look at the picture below and you will understand! 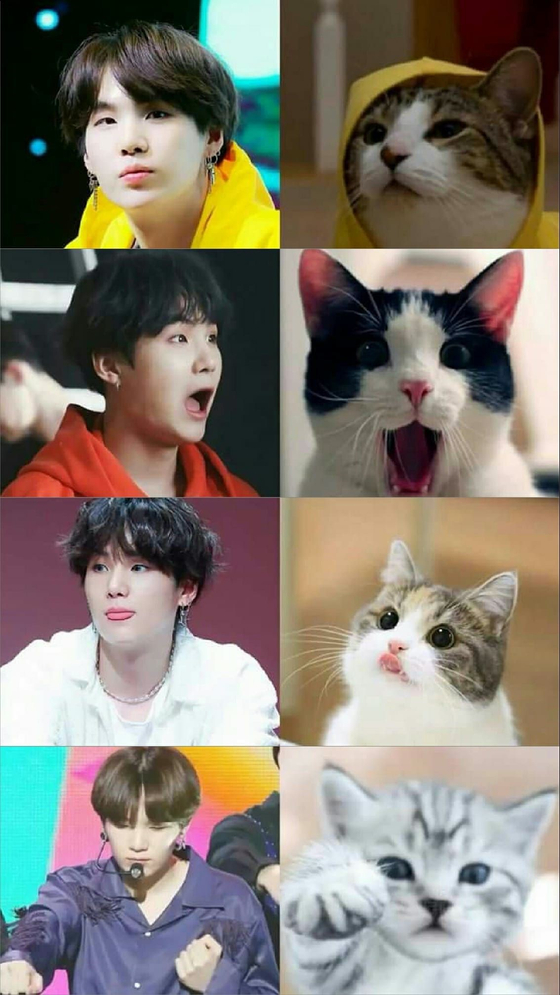 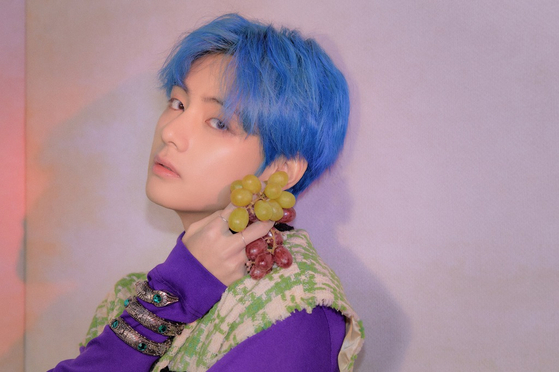 
V
TaeTae- This is one of the most frequently used nicknames of V! It derived from his real name Tae-hyung.

blank Tae- This came from Tae's cute blank expression that he does so often! Just check out the gif below. 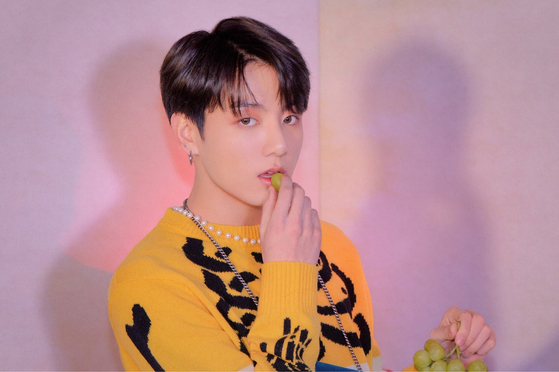 Kookie- Another cute nickname of Jungkook, where fans took out the last syllable of his name and added a -ie suffix.

Golden maknae- Jungkook is the maknae of the group BTS. And he is golden. Thus, a golden maknae. Pretty self-explanatory.

How many did you know?
Tweet us @voomvoomk or message us on facebook if you know any other Korean slang or BTS nicknames!