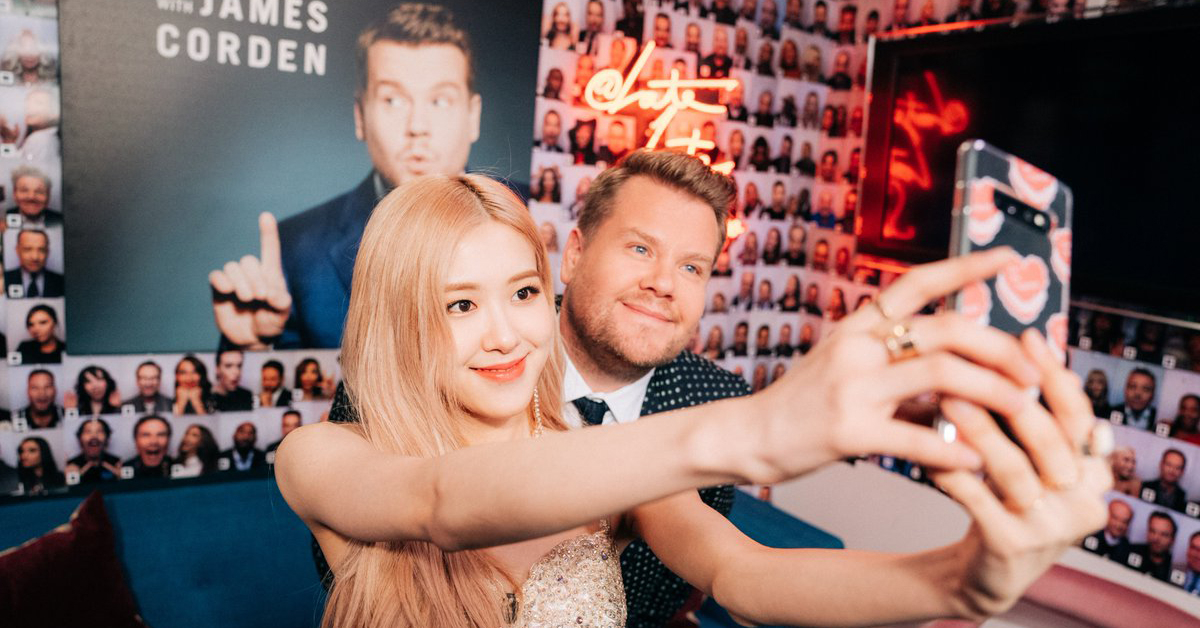 
We did it Blinks. James Corden is 'officially" one of us now.


Today BLACKPINK appeared on The Late Late Show with James Corden to perform their latest title song Kill This Love and played Flinch.


Right after the show, the James Corden official Twitter account suddenly became a BLACKPINK fanpage. The account’s name was changed into BLACKPINKxCordenTONIGHT and changed both the profile picture and banner into photos of James Corden with the 4 members of BLACKPINK.


James Corden himself tweeted that he is now a Blink on his personal account.


In their game of Flinch, James asked the girls who gets scared the easiest and Jennie was picked unanimously, which was only fitting that she and Jisoo went on first to stand behind the glass, waiting for fruits to be shot out of Corden’s mouth at them. Jisoo on the other hand confidently told James in her cute English that she wasn’t scared.


Then James tricked the girls by keep asking them questions and even before Jennie could finish her sentence, fruits went shooting toward them.

Jennie was completely off guard and screamed while Jisoo maintained a cool face as if James had called her to ask if she wanted a cup of coffee!


After all the 4 girls took turns playing Flinch, Jennie spontaneously asked James if he had tried playing Flinch. James willingly accepted the challenge and surprised BLACKPINK by not even moving a muscle.

Here is BLACKPINK's live performance of their most recent title song Kill This Love.