Bernard Faucon Admits BTS Did Not Plagiarize His Works


April 18, he announced a short admittance letter with his handwritten signature. 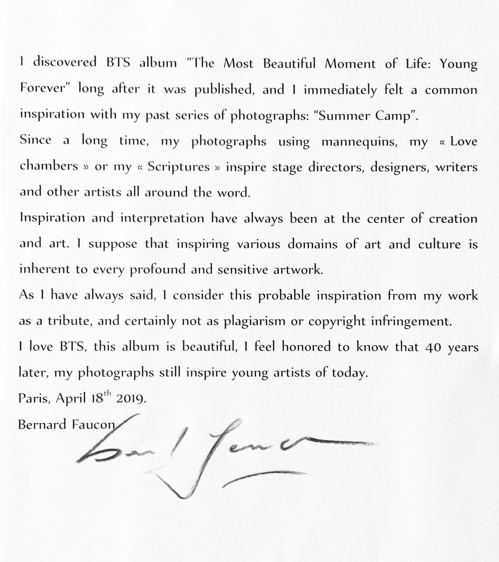 
He wrote, “I discovered BTS album The Most Beautiful Moment of Life: Young Forever long after it was published, and I immediately felt a common inspiration with my past series of photographs: “Summer Camp”.”

“Since a long time, my photographs using mannequins,


“As I have always said, I consider this probable inspiration from my work as a tribute, and certainly not as plagiarism or copyright infringement.”

He added “I love BTS, this album is beautiful, I feel honored to know that 40 years later, my photographs still inspire young artists of today.” 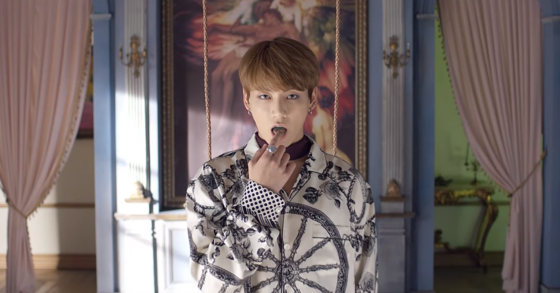 
Faucon had sent mails to BigHit Entertainment twice on August and September of 2018 demanding an apology, compensation, and public admittance that his work was the source of BTS’s inspiration. However BigHit denied the accusation and that the scenes are from ideas that can be commonly come up with, therefore not being subject to legal protection.


Faucon’s admittance letter is gaining more attention since it has been just one day since SUGA opened up about his thoughts on the accusation during their global press conference held in April 17.