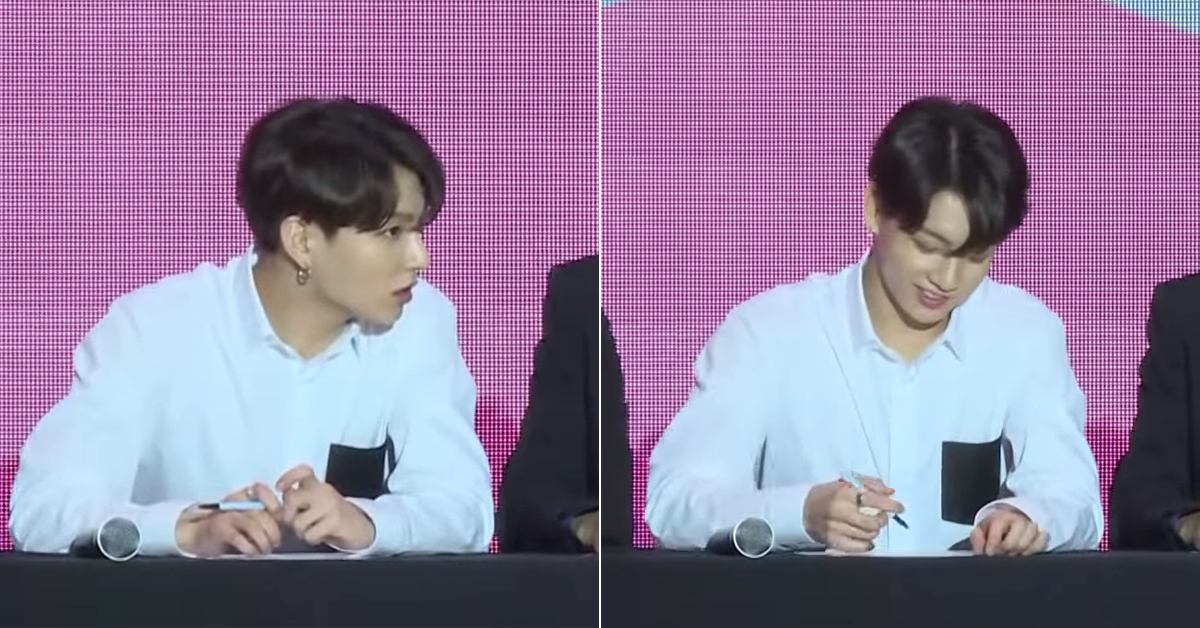 
A global press conference was held in Seoul, Korea on April 17 for BTS’s new album Map of the Soul: Persona. All 7 members attended this event and talked about their successful comeback, their recent appearance on SNL, and further discussed each track from the album.

During the event, a reporter asked BTS a question about recent accusations of plagiarism from French photographer Bernard Faucon, and each member’s reaction is gathering much attention from fans. 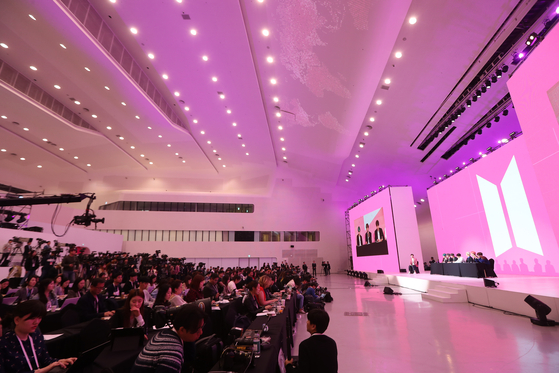 
On February, Bernard Faucon accused BTS of plagiarizing one of his works in their music video for Blood Sweat & Tears and the photo album for Young Forever and demanded an official apology and admittance of plagiarizing his works.

The reporter asked “BTS seems to get inspiration from others’ works. Is this true for previous albums such as Wings and the song Blood Sweat & Tears especially in regard to the issue raised in February?”, in which he tried to imply the plagiarism accusations.

However, RM gave a confused look and asked, “Am I right in understanding that you are asking about which pieces we were inspired by when we were making Wings and Blood Sweat & Tears?”.


The reporter then elaborated “I was specifically asking about the plagiarism accusation raised by the French photographer. This may be an uncomfortable question but I wanted to hear your response.”.


Netizens were quick to notice Jungkook flashing a small smirk right after hearing the word ‘plagiarism’, and Jimin staring blankly at the reporter. 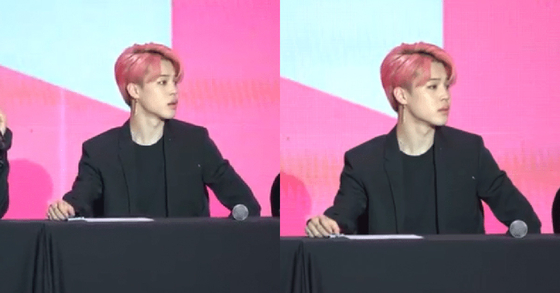 
SUGA promptly answered the comment by replying “Our agency is currently discussing with the photographer and our thoughts and opinions are in consensus with our agency.”. 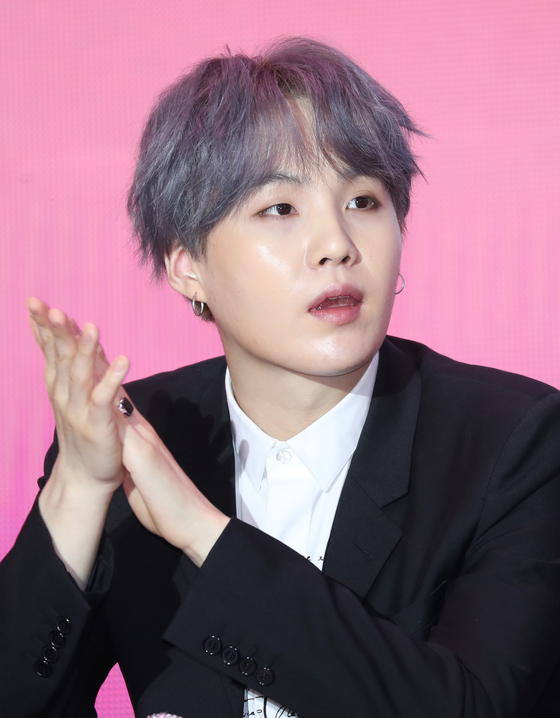 
The reporter’s questions enraged many ARMYs because the question was not related to the topic of the press conference which was about Map of the Soul: Persona at all, and also because it is seen as a sneaky attempt to defame BTS. At the same time, ARMYs are also feeling pride in how SUGA adeptly handled with the situation. Fans commented “I can’t believe how rude the reporter was, but SUGA responded well.”, “Jungkook’s smirk OMG”, “They’re so professional!”.