How the Groundless Rumors about V Being Bullied Started


It’s natural to feel a little envious towards your more successful peers. And of course, the ones who are gaining international acclamation and becoming a contemporary icon are usually the main targets of envy. Starting a hateful rumor about them is another thing, however. When your envy turns into malicious spite, that’s when it becomes problematic.

The price you pay for starting malicious rumors


Here is a BJ of Afreeca tv who found himself in a distressful situation after openly expressing his vindictive jealousy towards one of the members of BTS. For those of you who are unfamiliar with Afreeca tv and the role of BJs, Afreeca tv is a Korean online medium where BJs perform live shows and interact with their viewers. The concept is quite similar to Youtube live or Instagram live.

Three years ago, this anonymous BJ made the critical mistake of expressing his spitefulness by baselessly claiming that he once used to bully the BTS member, V. He even went as far to mention that V became better looking after undergoing plastic surgeries and that if he himself had trained, he would’ve become wildly more successful than V. His statements of V getting plastic surgery was completely groundless and unwarranted. After his rant went viral, fans immediately jumped with a protective instinct to defend their beloved star. And with BTS becoming iconic after their SNL live performance and scoring no.1 in the most prominent international music charts, the BJ’s three-year-old statement is brought back to surface for another round of heated criticism from fans all over the world.

Here is the translation of what he said during his rants of Afreeca tv.

“You know what I think? I think if I said I wanted to become a singer and trained for like 2 or 3 years, did some plastic surgery, and debuted, I would have been way better off than him. I do regret that I didn’t.
Yea Kim Taehyung (currently known as V in BTS), he was smaller than me in elementary school. He transformed after his plastic surgery. Yea fine I admit it. You’re the man (acting like he’s speaking to V directly) but you know what? If I had done it, I would have been better off than you.
We weren’t really friends but we did graduate from the same elementary schooladdressing his viewers again) Yea we weren’t really friends.
I don’t really befriend guys like that. I’m a little jealous now but you know what we were? We were more prey and predator rather than friends. I was a lion, he was a rabbit. We weren’t friends, stop saying that we were. We were part of a food chain. I should’ve become a trainee. If I just spent a few years working my ass off to train I would’ve been way better off, but instead I started afreeca tv and I’m here listening to all of you… that hurts my soul.
Seems like BTS is gaining popularity again Taehyung really taking off. He used to be my delivery boy but now he’s better off than me.”

Later, the BJ posted an official apology after meeting the many fans’ uproarious anger.

Here is the BJ’s apology.: 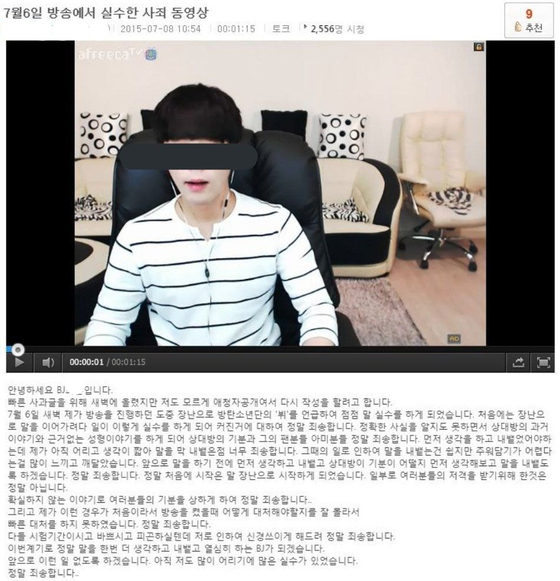 
“Hello, this is BJ**
On June 6th, during my show, I mentioned BTS’s V as a prank and had a slip of the tongue. It started off as a thoughtless prank but I apologize to how it escalated. I apologize to all the fans and ARMY who were offended by how I mentioned a person’s past without any substantial evidence and the baseless claims I made of him getting plastic surgery. I should’ve thought before I spoke but I’m still young and thoughtless. Due to that incident, I now realize that it’s easy to spit out the words but not so easy to retract them. From now on, I’ll think about how the other party might feel before I speak. I’m really sorry. It really started as a simple prank. I didn’t do it on purpose to be targeted by all of you.
I’m sorry I upset you all with a baseless story.
This is the first time anything like this happened and I didn’t know how to deal with these situations quickly. I’m really sorry
I’m really sorry to bother you all especially when I know it’s exam period for most of you and you’re all probably busy and tired.
From now on, I’ll be a hard-working BJ who thinks before speaking.
I won’t let this happen again. I’m still young and make a lot of mistakes.
I’m really sorry.”

Even with the apology, the said BJ seemed unlikely to evade a heated backlash, however. Here are some of the recent comments who reacted to his controversial claim.
“Who does he think he is to say such things?”
“He must have a really bad inferiority complex.”

The comments containing malicious language or any curse words will not be further mentioned in this article.

The internet seems to never forget. Even though the BJ’s statements go back three years, with BTS’s winning streak to the top, fans are constantly bringing back this dated incident to criticize. 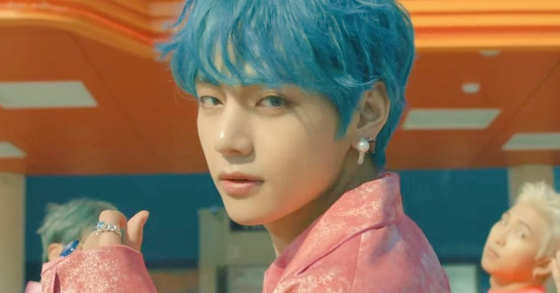