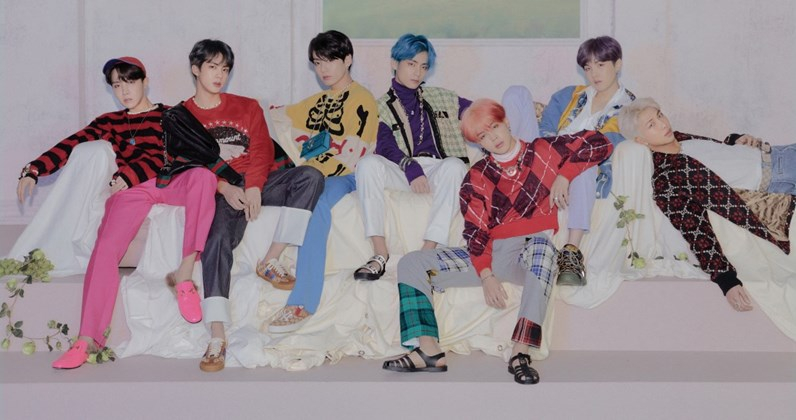 BTS is taking the world by storm with their new album, MAP OF THE SOUL: PERSONA. The album is currently ranking no.1 in charts not only in the U.S., but also in UK and Japan.


BTS no.1 in U.S. Billboard, official UK, and Oricon

On April 17th, the Japanese Oricon Charts totaled digital albums rankings, album sales, and weekly streaming counts from April 4th to April 14th and reported that BTS’s new album MAP OF THE SOUL: PERSONA ranked no.1 in the first week of their sales. This secures the album’s position for first place in the chart of April 22nd.

BTS has already ranked no.1 four times before: on September 2016 with the second Japanese regular album, ‘YOUTH’; on October 2017 with the Korean album LOVE YOURSELF 承 ‘Her’; on April 2018 with the third Japanese regular album ‘FACE YOURSELF’; and September 2018 with the album LOVE YOURSELF 結 ‘Answer.’ With this new BTS album taking first place again, BTS has set a new record for garnering the most wins on this famed chart.


BTS’s first place is particularly more remarkable as just two days prior to Oricon’s official report, the U.S billoard and the UK official charts also announced that the album is set for the win.

If these predictions are realized, which is most likely, it will be BTS’s third win on the billboard charts.

The UK official charts also acknowledged BTS’s notable success by reporting that “BTS are set to make Official Chart history this week as the K-pop boy band’s new EP”, as “Map of the Soul’s midweek sales are already more than the first week sales of their three previous Top 20 albums combined, including their only other Top 10 effort Love Yourself: Tear.”

Indeed, BTS is writing history as global K-pop musicians by scoring consecutive wins in the world’s most prominent music industries.