BTS's J-HOPE Becomes The Most Followed Korean Artist On Spotify 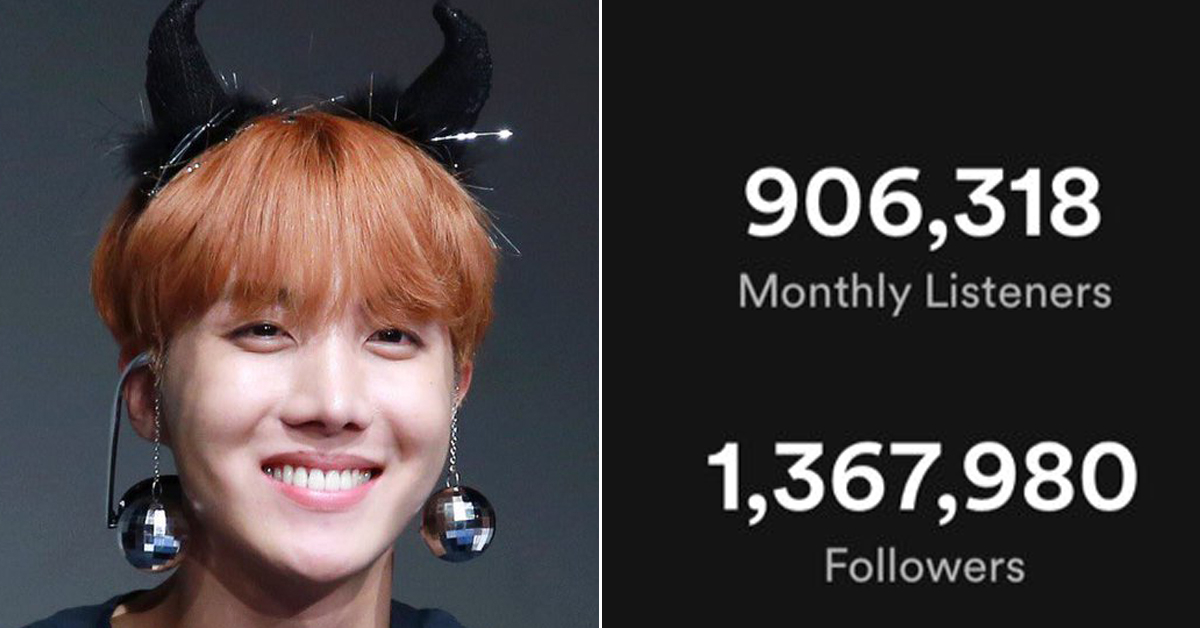 Photo from online community and spotify

They are born to break records!

BTS's J-Hope smashed the record as a Korean artist to have the most followers on Spotify. 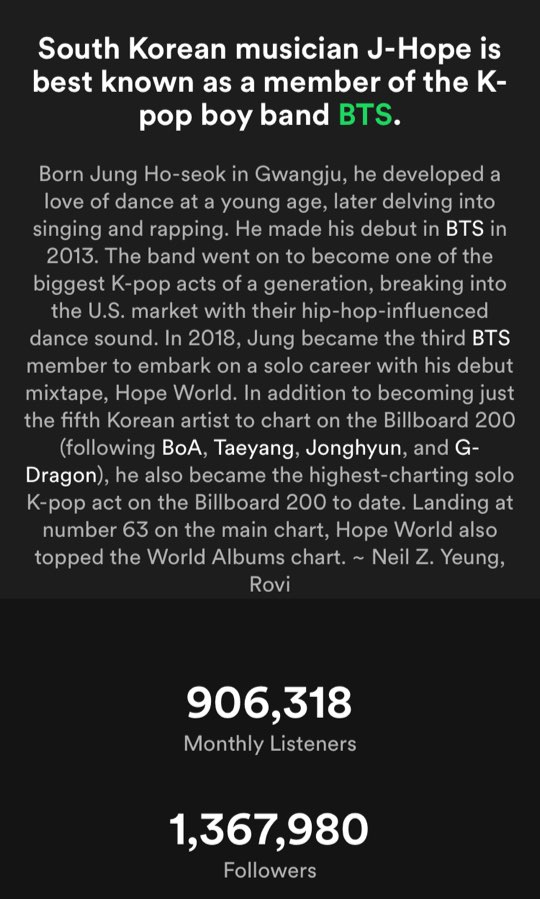 
According to one of the world's biggest streaming platforms, Spotify, the number of J-Hope's follower has exceeded 1.34 million as of April 8th. This figure corresponds to the best record among all Korean artists. The previous record holder was BigBang's G-dragon. The current figure is approximately at 1.36 million.

J-Hope has been receiving massive love and support from fans around the world not only as a member of BTS but also as a solo artist with a mixtape. His first mixtape. Hope World garnered lots of attention, resulting in gaining 100 million streams on Spotify this February 3rd. The mixtape even made the "Billboard 200" as 63th place. Later, the album moved up the chart to 38th. 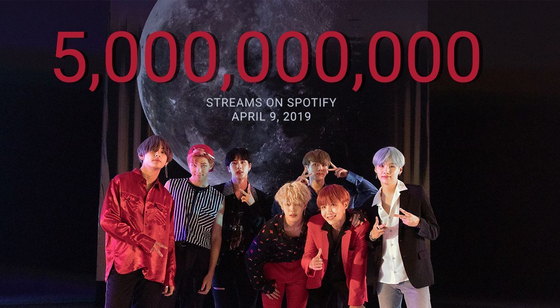 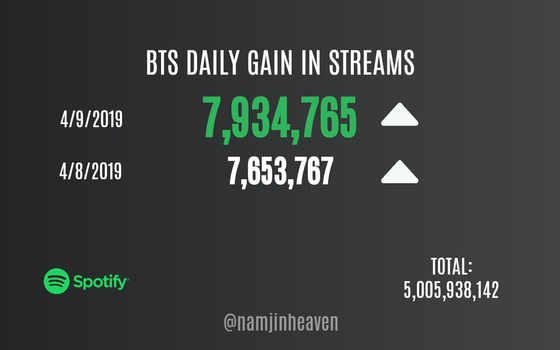 
Furthermore, BTS, the group the 25-year-old idol belongs to, has also achieved an accomplishment on the same platform with the number of streams. On April 9th, the K-pop boy band officially reached 5 billion streams on Spotify with more than 7 million daily streams.

Now that the world-famous band is set to drop a new album, how far they will take the record to is being looked forward to.