BTS Members Gather Around RM To Practice English For The GRAMMYS

They did such a great job in the end

On April 9th, a new video was revealed on BANGTANTV.

The episode is from back when BTS was designated an award presenter at The Grammys. It is now apparent and a well-known fact that RM is the most fluent English speaker in the group. However, other than RM, the other members aren't quiet familiar with the language. Therefore, out of insecurity of their deficiency derived from their linguistic inability, the members tried to rehearse and practice English around RM and it was caught on camera.


RM: You guys know what the first question is, right?


Members: How are you guys doing today! 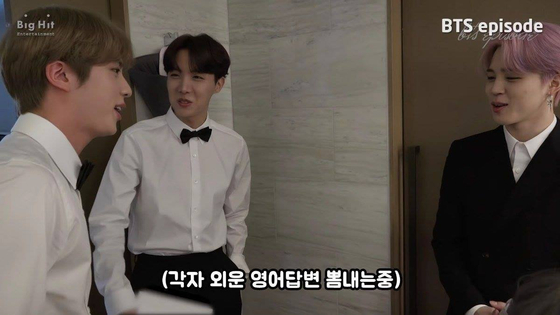 
*Shows off their responses in English* 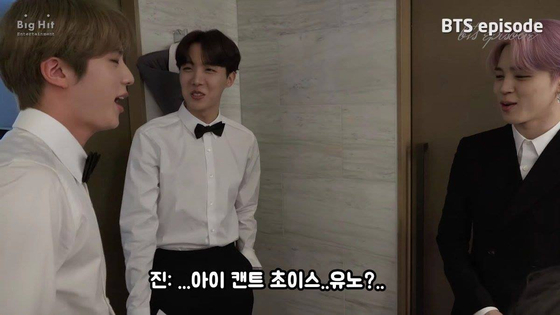 
RM: But I think it would be cute to say "choice" instead. Let's go for that. 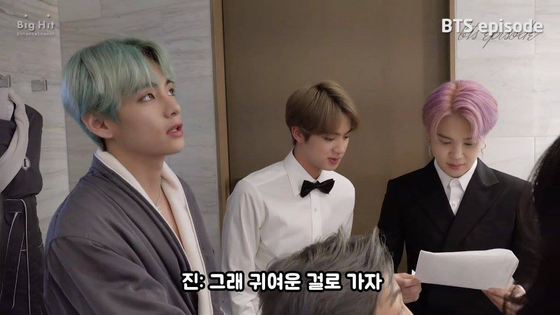 
Jin: Yeah. The cute one is better.


J-Hope: Everyone's speaking English in front of Namjoon haha. Because we have to get our lines checked. 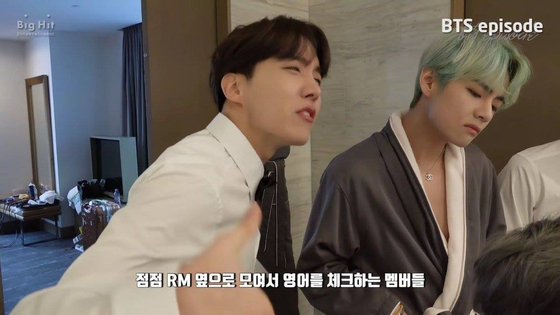 
Members gather around RM to check their English.


They rehearse for the interview that they will be given later.


Jimin takes lessons from the leader after all the members left. 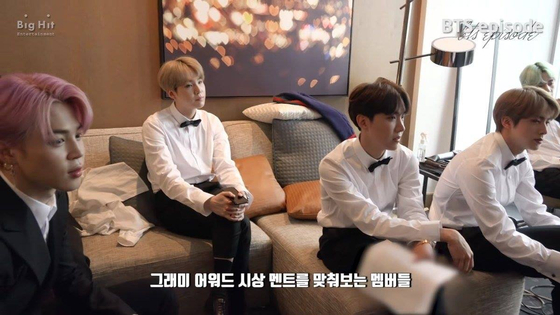 
The members rehearse for what to say when presenting the award together.

Despite being insecure of their English and being under the pressure from the fact that they are presenting an award at such a humongous awards ceremony in front of international audience watching them, they did an excellent job pulling off the award presentation and the interviews. If they keep working on the language, perhaps the time will come when they are able to communicate with their global fans with less language barrier.