BTS And ARMY Featured On The Latest Episode Of THE SIMPSONS 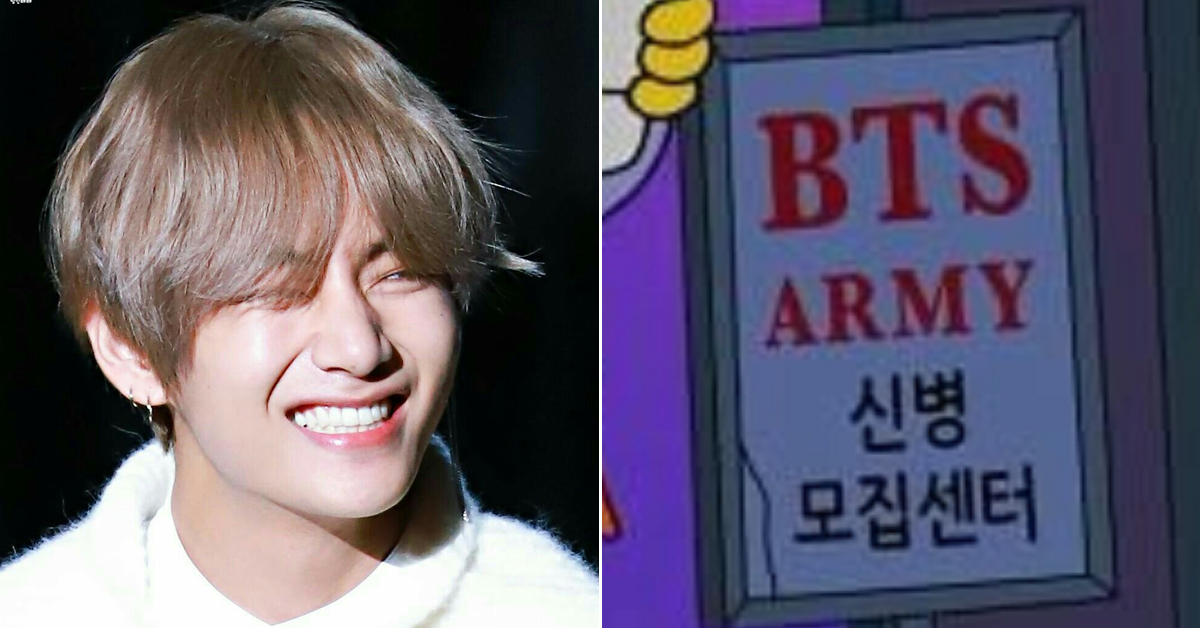 Photo from online community and The Simpsons

BTS and ARMY made a cartoon debut?!

It is said that BTS and ARMY have been featured on the 17th episode of The Simpsons season 30, a world famous American cartoon series.

On the 18th, a screenshot of the episode was posted on various online communities and social media accounts. 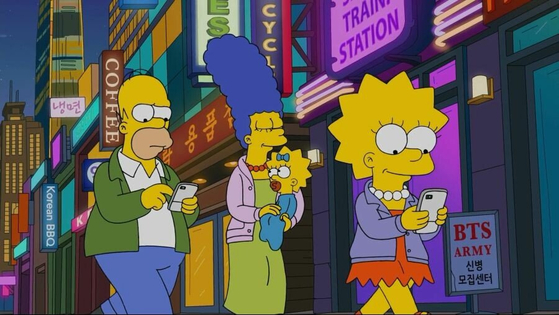 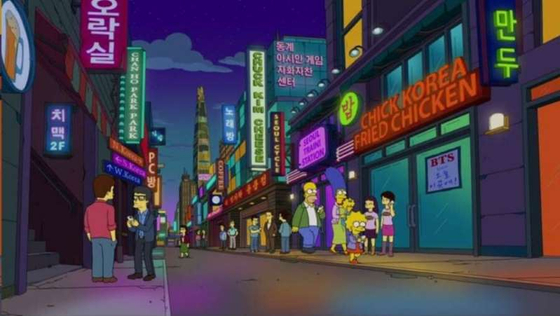 
In the episode, the Simpsons visited Korea because Bart Simpson had to participate in an online game competition. What caught viewers' eyes was a sign that was seen on the lower right corner of the scene. The sign reads, "BTS ARMY Recruitment Center". Not only that, a poster that says "BTS Here Today" attached to a door of a restaurant is also spotted. 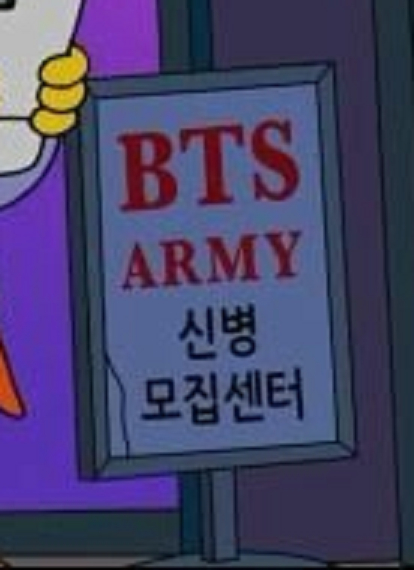 
Korean fans find it very funny because of the way the "recruitment center" is said in Korean. The Korean word "recruitment" is translated into is only used for soldiers. It is speculated that this is because of the name of the group's fan club, ARMY.

In the scene, other Korean references such as World Tower, Asian Winter Games and a Korean baseball star, Chan Ho Park are spotted as well.

The Simpsons is known to have made multiple other Korean references in the past such as Psy when he became the first K-pop sensation with Gangnam Style a few years ago.

Considering how famous the cartoon series is, this definitely is a piece of evidence to say that BTS has become huge in the world market.