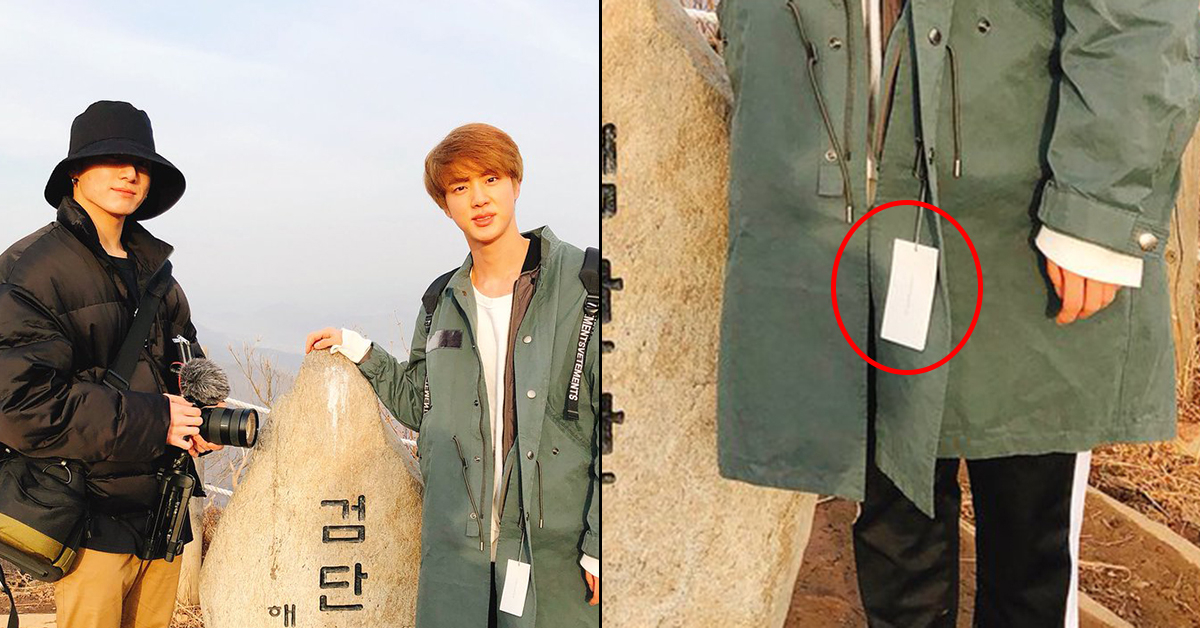 What an interesting fashion choice!

First off, the picture subjects cannot be ignored. None other than Jungkook and Seokjin, the golden maknae and the oldest hyung in the group. They're both looking great for having just climbed a mountain, with Jungkook holding his camera and Jin wearing a coat... with the tag still on it?? What is the story behind that?

Turns out, Jin was sporting some Hip-Hop swag on the mountain top that day. In an episdoe of Bon Voyage with BTS, the youngest was caught scolding his hyung for trying to take the tag off his clothes. Jungkook tried to explain to Jin, leaving the tags on is what is cool in the hip-hop culture.


Since then, Jin has been seen a few times sporting the "hip-hop tag" look.


The second thing to catch the viewers' eye when looking at the picture is the stone tablet that is featured right between the two picture models. The tablet reads, "Geomdansan/ Geomdan Mountain, Altitude 657 M."

Geomdansan is a mountain that extends into Hanam City, a city in Gyeonggi-do province just outside of Seoul. The trail to the top takes about two to three hours, and on a nice day you can see a great view that reaches far into the distance. That day, there seems to have been a bit of fog and micro dust that made the view a bit hazy, but they still look excited to have made it to the top!


Korea has many mountains across the country, with some that take many hours to complete an others that only take a few hours. On your next visit to Korea, how about visiting this mountain? And be sure to keep your clothes tag on! 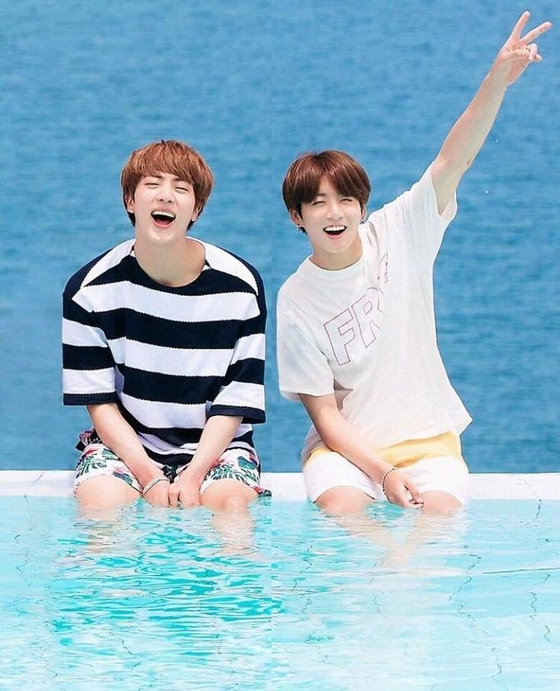