BONOBONO Shows Up On Critic's Comment On V's Vocal 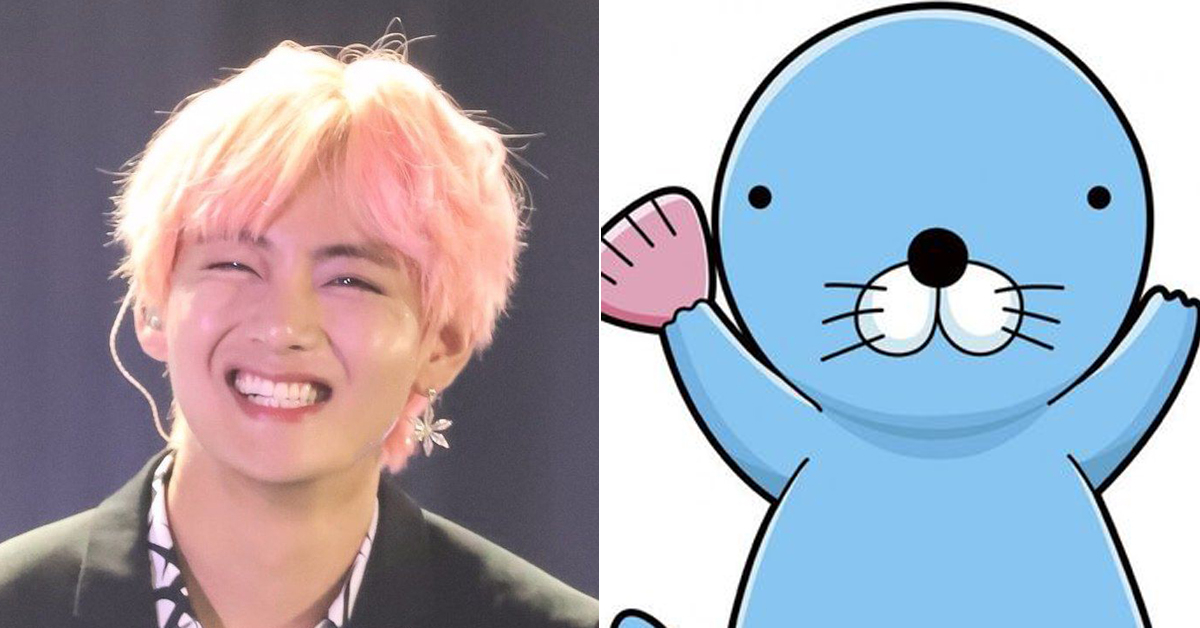 
As many fans already know very well, BTS's V has such a deep and manly voice.

It's impossible not to be obsessed with this!!

On the 13th, Kim Yong Dae, a music critic who has published a book that reviews BTS tweeted about V's vocal. 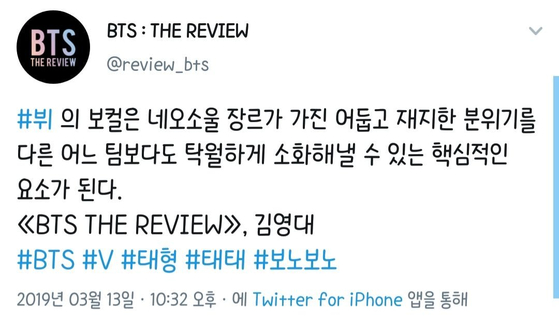 
However, something off was spotted in the tweet that made fans literally "LOL". It's that one of the hash tags that the critic used is #Bonobono. Bonobono is a famous Japanese character that is very popular in Korea because of its cuteness. 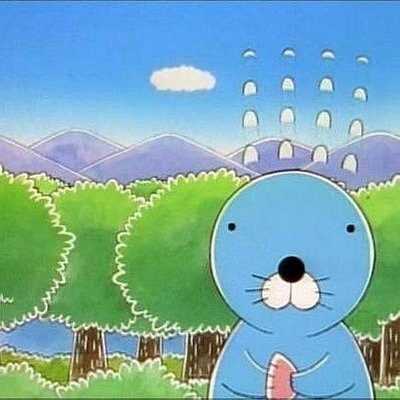 
The tweet goes; #V's vocal is the key factor that BTS can pull off dark and jazzy vibe that neo-soul has.
<
#BTS #V #Taehyung #TaeTae #Bonobono


A twitter user replied, "Neo-soul and #Bonobono? What do you mean?haha". In response to the reply, the critic said, "I couldn't help not adding the hash tag becaue I watched the video too many times".

Some of you guys might wonder what video he is talking about. Below is the clip that V impersonates the voice of the cute character.


The clip is from BTS's V Live. It was when the members assembled in a comic book store. Fans loved this because they found V doing the Bonobono impression when nobody pays attention to him is so cute.