Get the Details on JIMIN & RM's Bike Ride "Date Course" 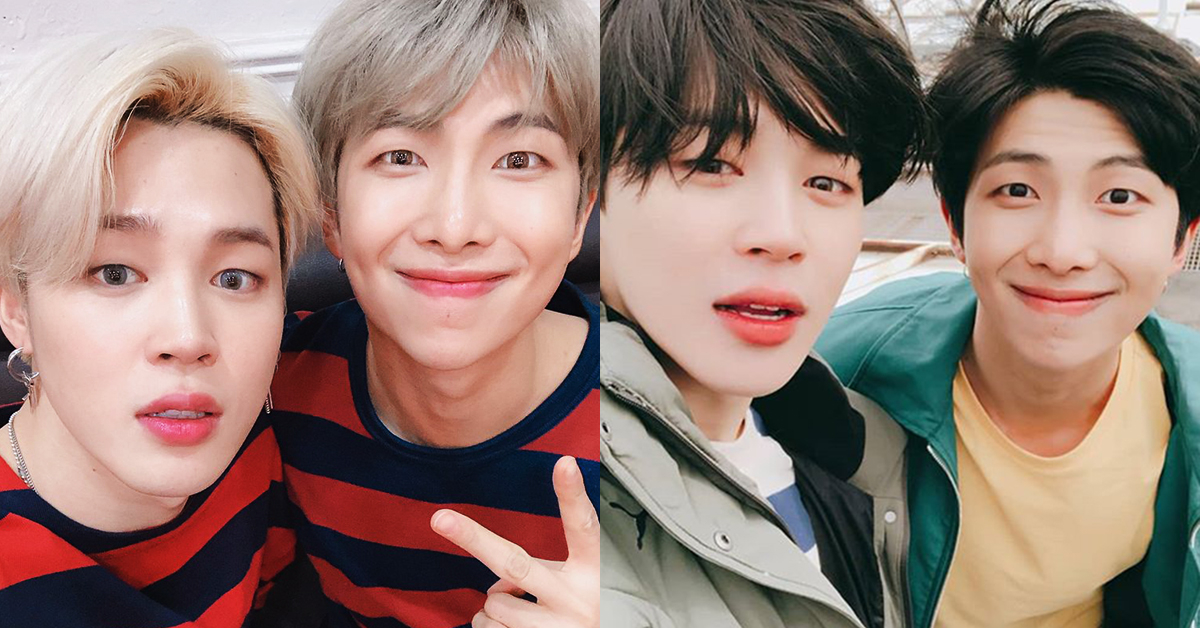 
You can go and do the same things they did, too!

Jimin and RM posted just a few days ago on the official BTS members' Twitter that they took a little evening bike ride together. ARMY loved seeing the two members getting to go outside and breathe in some fresh air while exercising and just getting to relax in a fun way, together.


If you are curious where these two went on their bike ride together, look no further! VoomVoom has done the research and is here to tell you where the two boys went on their outing.

Our research has led us to the conclusion that the video Jimin took while riding his bike at night with RM was in Seoul, just past a bridge going to Seorae Island past Banpo Hangang Park. 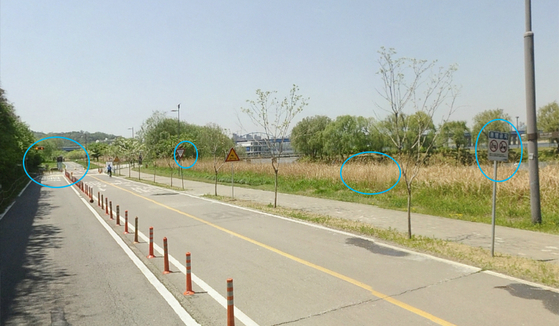 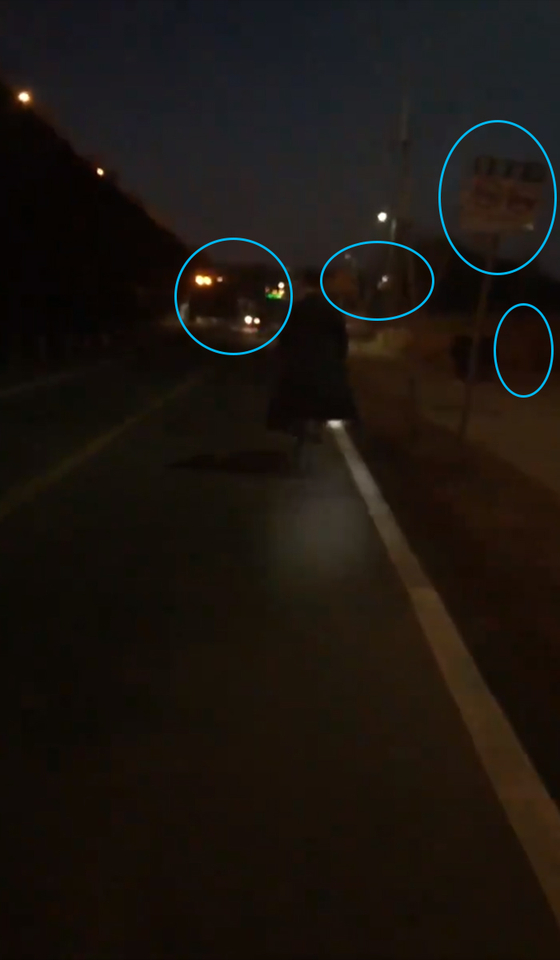 
As you will be able to see, we have come to this conclusion by noticing four main points. To start off, 1) the bike road is right next to a standard car road along with a traffic light signaling an underground pass, 2) triangle traffic signs and light poles (which are easier to see in the actual moving video) are in the same spots, 3) a square traffic sign for no cars or motorcycles on the bike path is also visible, and 4) the long reed grass beside the bike path.

Banpo Hangang Park itself is a popular destination for citizens and tourists alike, as the bridge lights up at night with fountains, and is an overall nice place to spend some time enjoying the outdoors. 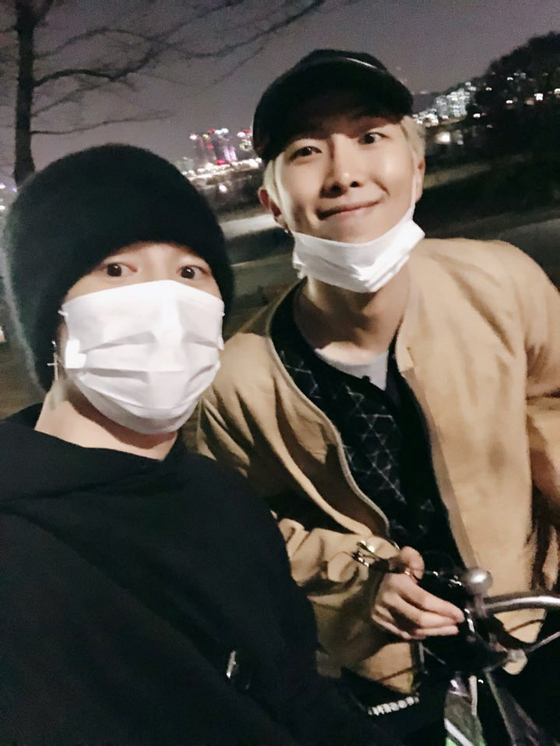 
The bikes Jimin and RM are riding are called "ttareungi," which are public city bikes provided by the city of Seoul for rental at an affordable hourly rate. Information about the city bike rental system can be found on the Seoul Bike website. 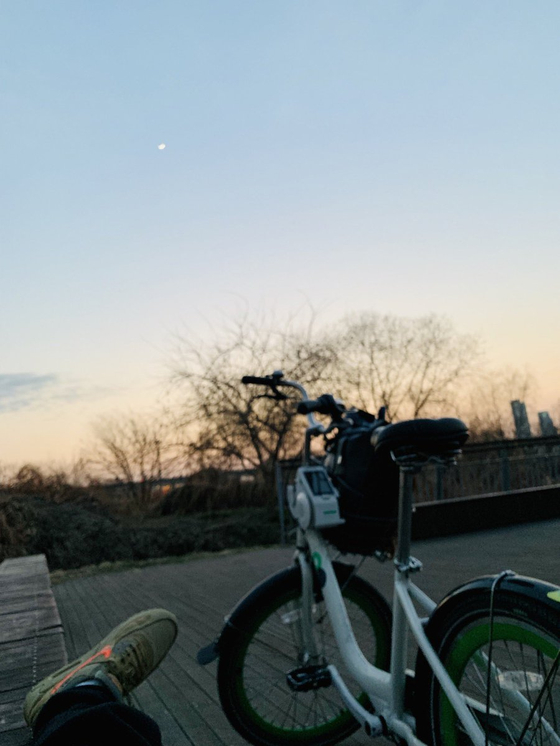 
RM also uploaded pictures, that show them together near the Hangang (Han River) and taking a rest with their bikes. There are many places to stop and rest along the Hangang river bike paths, and they may have even taken a pit stop at Seorae Island, which is easily accessible by bike.


This was certainly not the first time Jimin and RM have been on a bike ride together, either! Jimin mentioned himself in his Twitter post that it was the first time the two of them have gone biking together in three years. 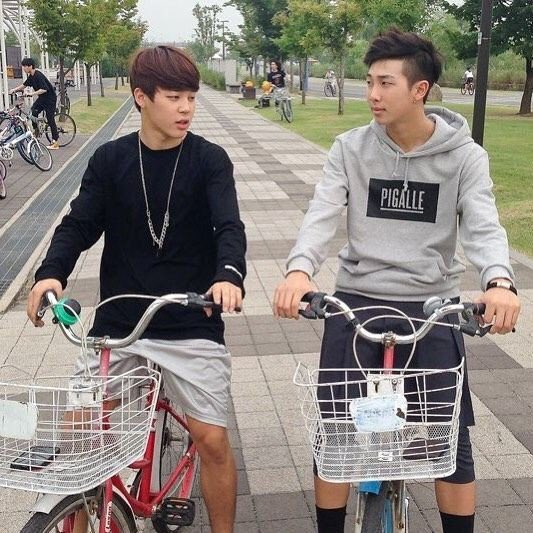 
Fans loved seeing Jimin and Namjoon getting out and having some fun, and we look forward to more moments like these! 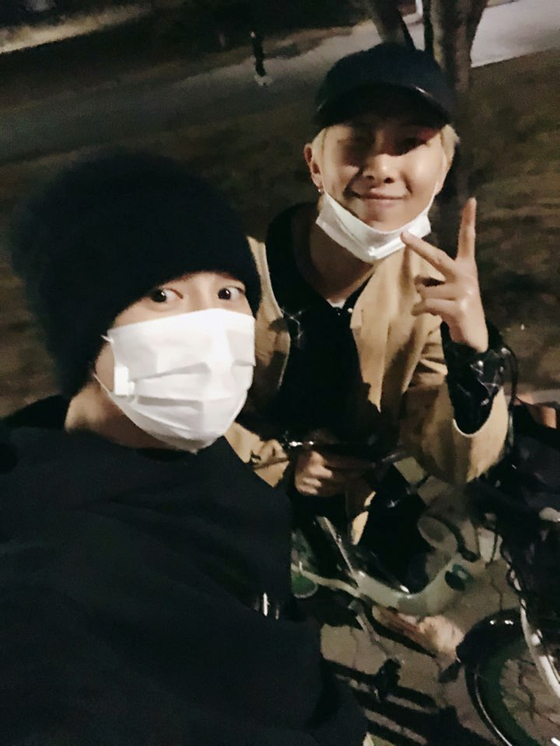