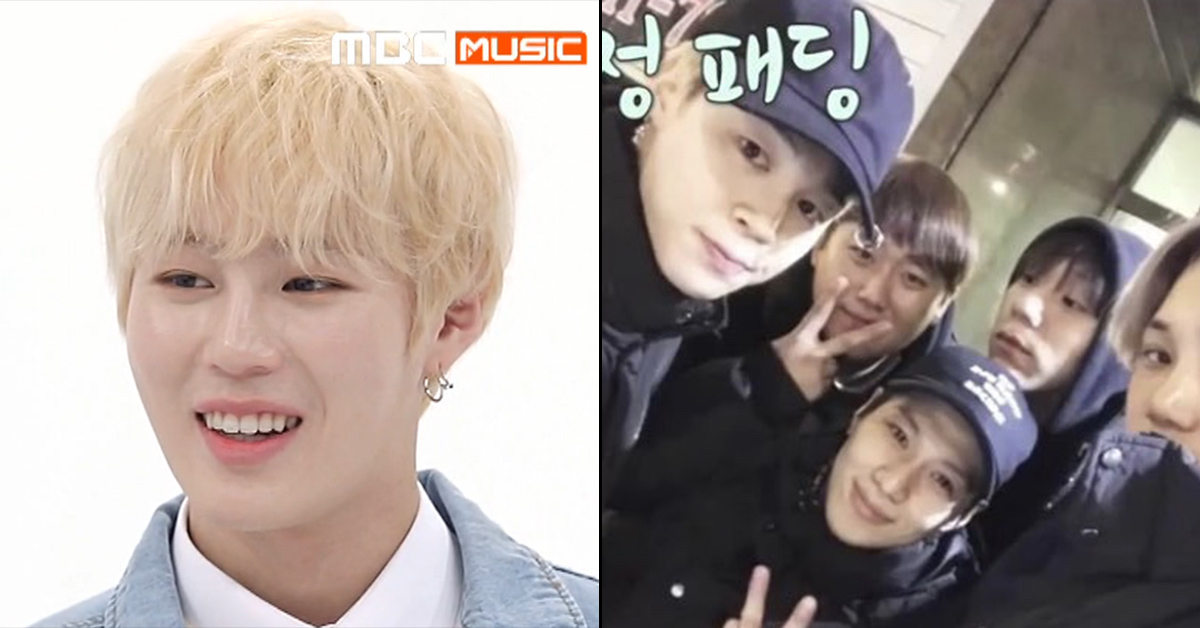 
What the heck is friendship padding???

Ha Sungwoon has let us in on the details of the so-called "Friendship Paddings" group, and how he met Jimin.

Last week, on March 7th, Ha Sungwoon, a former member of Wanna One and now a soloist, appeared on the MBC Every1 show, Weekly Idol. 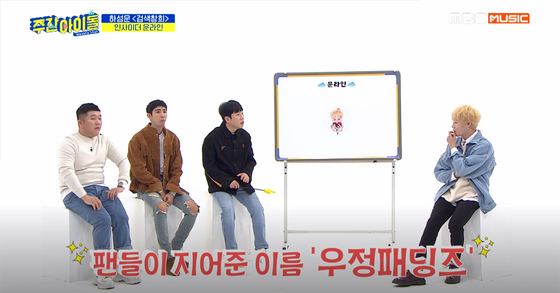 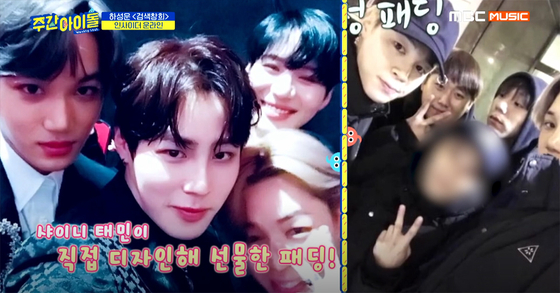 
So it appears that Taemin, the padding Santa, was the one who started the group of friends? No, says Sungwoon! He then continues to draw out a map of how everyone got together.

Kim Timoteo was the start of it all, says Sungwoon. He was friends with Taemin and Kai, from EXO, as well as one non-celebrity school friend that they all had in common. Timoteo had that group of four friends, in which he introduced Sungwoon, and Kai introduced Ravi into the group. 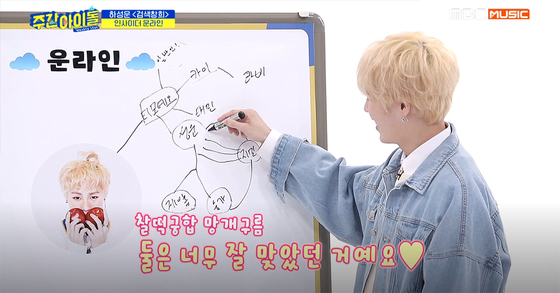 
From there, how did Jimin get to join the group? Sungwoon knew J-Hope ever since before their debut, he said, and they would eat together and get along well, but their hobbies were very different, as J-Hope likes to stay in more whereas Sungwoon likes going out. He then met Suga through J-Hope, who then introduced him to Jimin. Sungwoon's face lights up as he says that he got along really well with Jimin. He then continued to take Jimin and introduce him to the other people in the current "friendship padding" group, consisting of seven members. 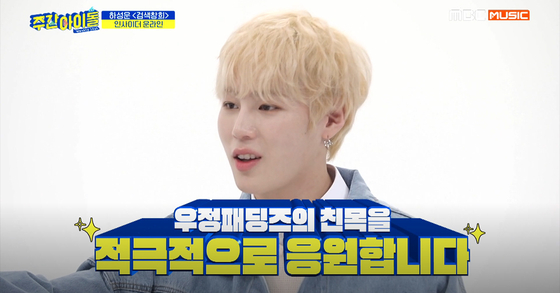 
All different people from different groups and backgrounds, but seeing them all get along so well brings their fans so much joy. Good luck to all of the "friendship padding" members!