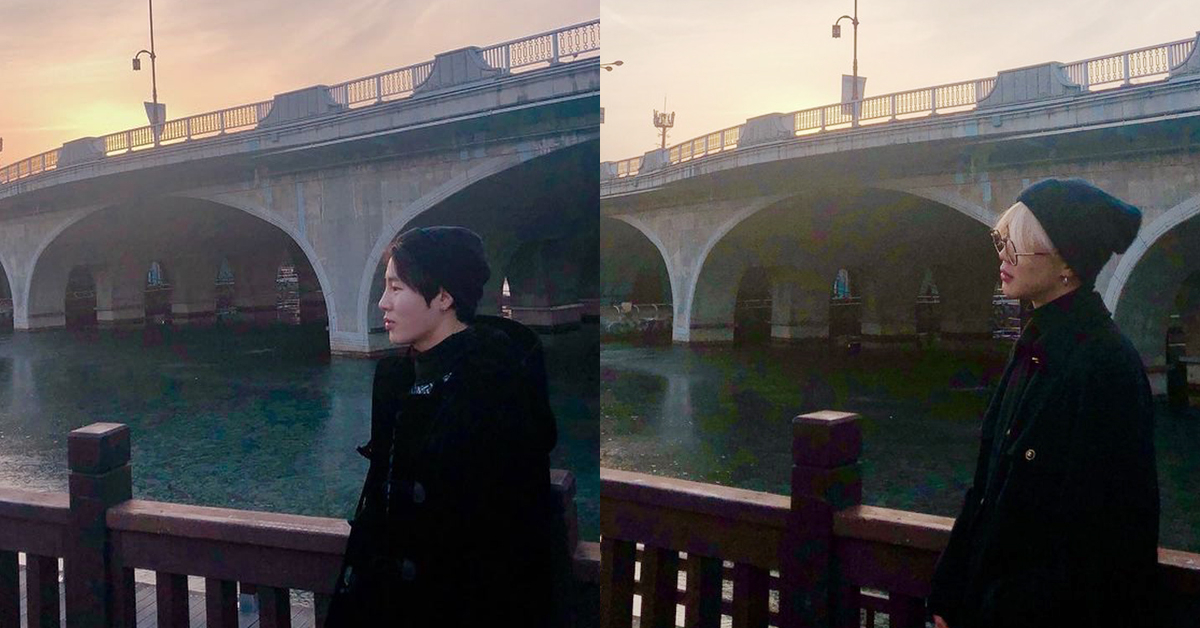 
Park Jimin from BTS and Ha Sungwoon from Wanna One are two of the best of friends, and they can often be seen hanging out together on days when they do not have to work.

I just love their friendship, and I love the start to this new year!!


Just this past week, many Koreans were able to take a short break during the week for Seollal, or Lunar New Year. A big holiday in Korea, this is a time for families to get together, eat good food, and hopefully get some rest.

Both boys' pictures were taken at the same place and time, and the next day, Sungwoon posted a picture of him and Jimin together. They even appear to be wearing the same beanies.


The location of these pictures appears to be at Ilsan Lake Park in Goyang city, just outside of Seoul, where Jimin must have gone to visit Sungwoon.


Always great to see these two close friends have a moment to catch up together! We here at VoomVoom wish all you Voomies have a great new year as well!