Where BTS Will Be Seated At The GRAMMYS

The world stars are in the building!

It has been announced that BTS is going to be taking part in world's one of the most prestigious awards for musicians, which is the Grammys.

It is an well-known fact that winning an award at the Grammys is what BTS members mentioned as one of their goals in the past. Even though they are not participating at the event as a recipient this time, it is still tremendous that the 7 boys who did not get to be in the limelight to begin with are set to present an award at such a renowned awards that they were eager to be part of with other internationally famous celebrities.

Prior to the event, it has always been a great interest to the public who is going to be at the awards and who is sitting where at the venue.

Some of the photos of the seats have been revealed. Of course, you can easily find the signs for BTS in the photos. BTS members are going to be seated with many stars around them such as Miley Cyrus. Camila Cabello, Dolly Parton and so on. 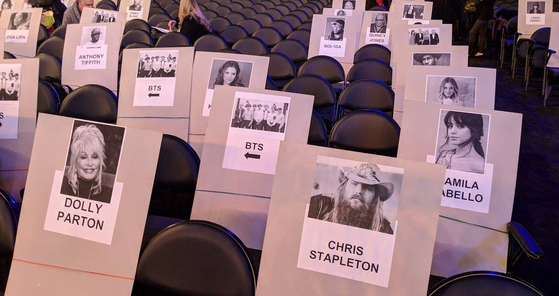 
At this rate, it is not a pipe dream for BTS to attain their major goal of receiving the Grammys with their future albums. 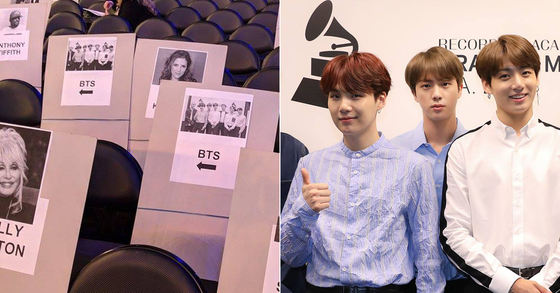