2 Unique Places In Korea Where RM Has Recently Visited 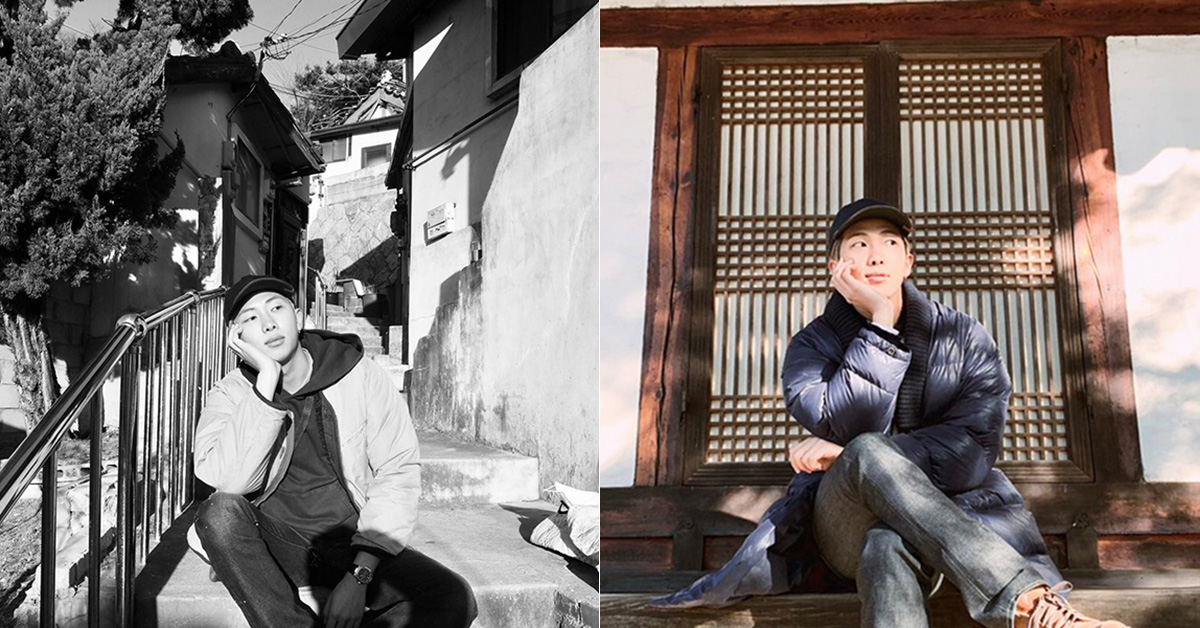 
Such cool places to visit for sure!

RM visited the place to attend an exhibition called "Welcome, Spring". The exhibition contains a lot of diverse types of art pieces that are products of artists who are inspired by peace. The artworks include drawings of the inter-Korean summit that took place on April 27th, presidents of South Korea, United States and North Korea as well as portraits of BTS members that are made with tapes.

In the photos that RM uploaded, he strikes poses in a number of different locations within Cheongwadae Sarangchae. 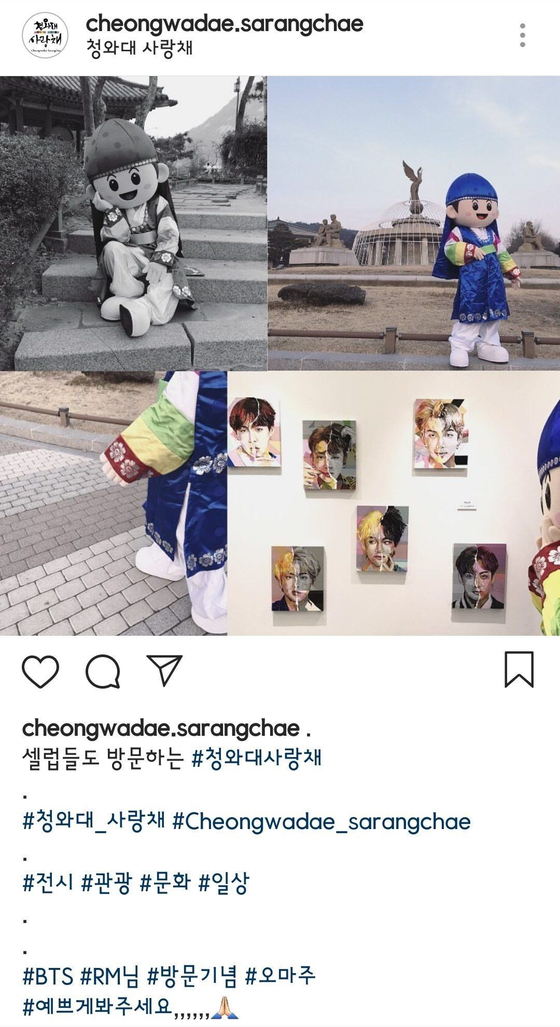 
A day after the tweet, Cheongwadae Sarangchae uploaded some photos on its official Instagram account with the official mascot, Chorong, taking poses just like how RM posed in his pictures in the same places where RM's photos were taken. The caption reads, #BTS #RM #TocelebrateRM'svisit #Homage #Hopeyouenjoy

The exhibition is going to be held until January 31st. It is open from Tuesday to Sunday from 9 AM to 6 PM. Since it's free of charge, it is such a good opportunity to go for an outing and enjoy the atmosphere if you have any plans to visit Korea or if you are staying in Korea right now.

This act of Cheongwadae Sarangchae to celebrate the RM's visit is deemed to be so cute, proving that RM is now an iconic figure that makes people want to promote with the fact that he visited. Actually, this is not the first time.


On the 4th of January this year, RM visited Kpop Museum that is located in Gyeongju. This is a museum that provides people with information on Korea's first records to contemporary records at various permanent and temporary exhibitions. Of course, there is a section where they cover BTS. RM tweeted about his visit to the museum and took a photo of himself reading the description of the group that he belongs to. 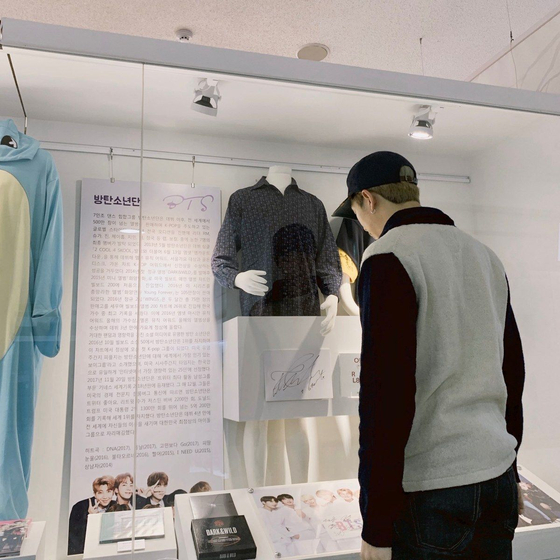 
As a response to one of the big names in the K-pop scene's visit to the establishment, the museum placed banners and a notice that says, "Welcome BTS" "Welcome Army" as well as the date RM visited the museum below so that people who were not aware of it to know that a global star came through. 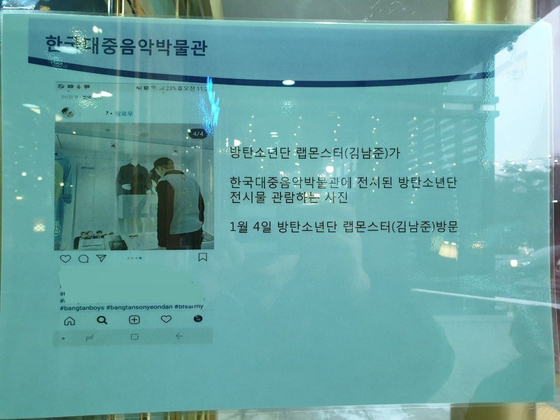 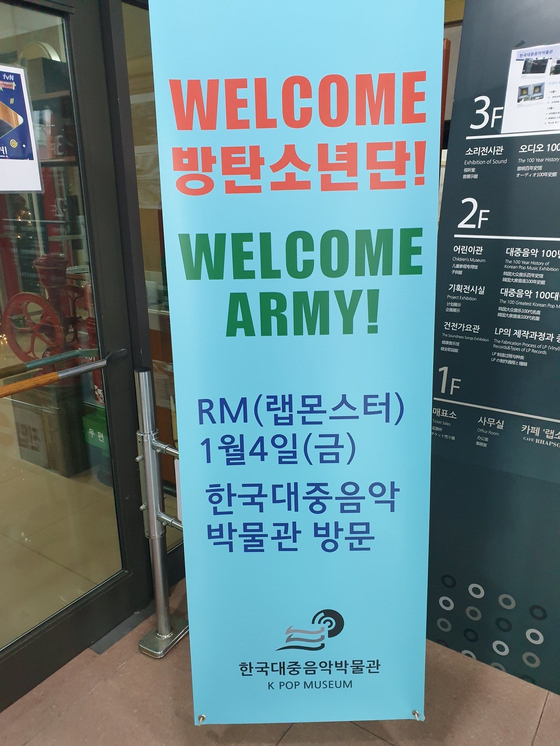 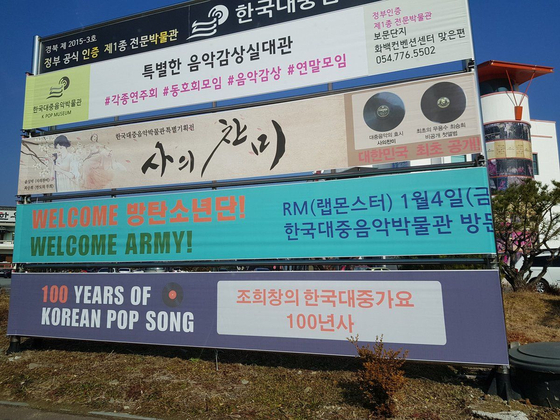 
If you are ever thinking about where to go for an outing, why don't you consider going to these places?