V Joins Fan Group Chat But Nobody Believes Him 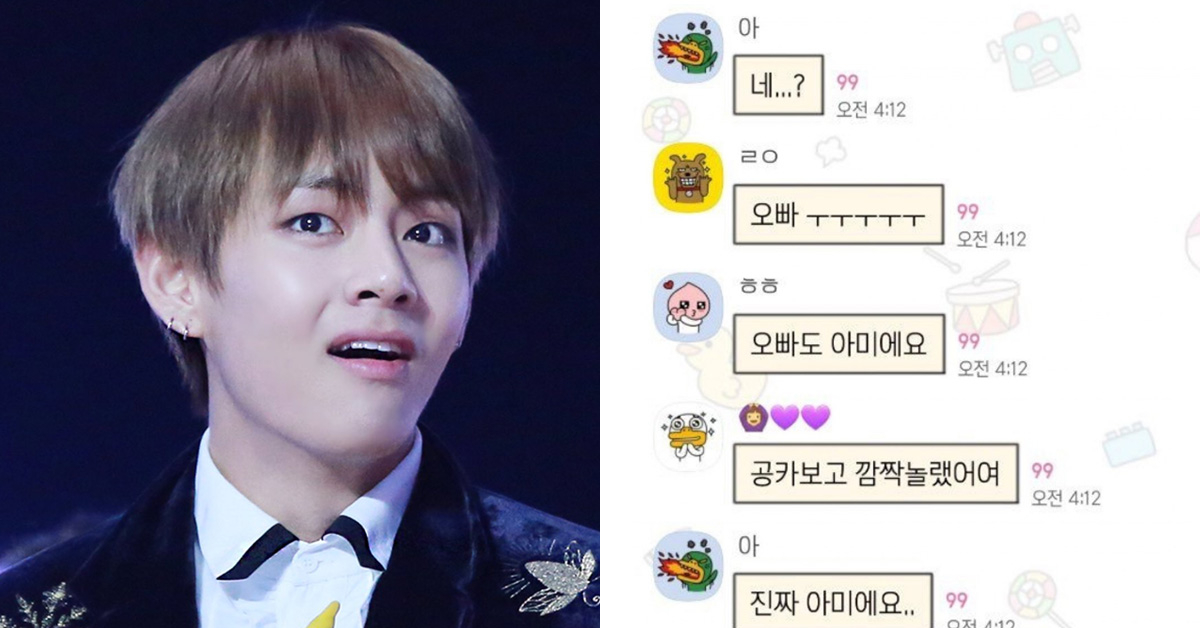 
Some of you guys may already know, "silent group chat" is a thing in Korea. This is a type of group chat that people get together in a group chat and share memes or photos of a celebrity that the group chat is about and nobody is allowed to text in the chat.

This is so funny! Hope he visits again soon


Of course, there are tons of BTS related group chats in existence. BTS V, all of a sudden, felt a desire to join one of the group chats that are full of his own fans. So he entered one at 3:44 AM on the 16th with a nickname "우오아".


He was clearly unaware of the rule that texting is prohibited. So other members of the group chat told him off for not complying with the rule. So he tweeted about it and even sent voice notes twice to prove that it's really him. But obviously, nobody bought it. To make people believe him, he wrote a post about the silent group chat that he was in on BTS official fan page.

People instantly altered their stance and started believing him. V told them he is leaving only to be found out that he didn't leave and changed the nickname to "아" (or re-joined the chat with the second nickname). But he pretended to be just a fan, not V. But the cute attempt ended up being in vain because the fans in the group chat already realized that it's the real V that they have been neglecting. And soon after being exposed, he left the group chat.

This spontaneous and lovable happening by V has left some fans happy that they were able to have a conversation with their bias while some fans regret not being in the group chat at the time that it happened.