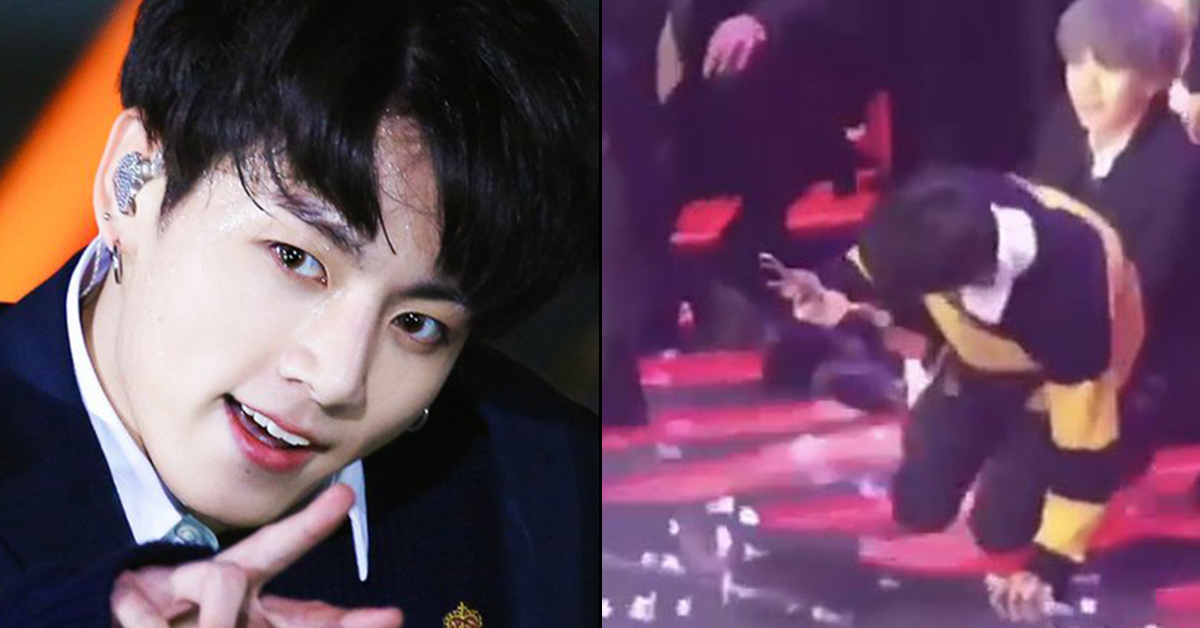 
Jungkook, along with the other members of BTS, put on a stunning performance at the Seoul Music Awards yesterday, January 15th, just like they always do.

Fans say to let the poor little bunny rest, they've all been working so hard!


With all the difficult, strenuous dance moves pulled off to a T, it is not difficult to imagine that all members must be tired after a performance. However, Jungkook seemed to be especially fatigued that night, and not in his best condition health-wise.


Here, at the end of a group picture, Jungkook attempts to get up and then falls right over.


Looking closer, you can see that his foot seems to have gotten caught behind his other foot. But whether this was just a silly mistake or due to him being under the weather, we cannot be sure.


And again, after finishing their stage performance and once the lights turn off, Jungkook falls back on the stage, seemingly in exhaustion.

Pictures of him and Taehyung talking also appear that Jungkook is talking about not feeling so good, but the conversation is not for certain. 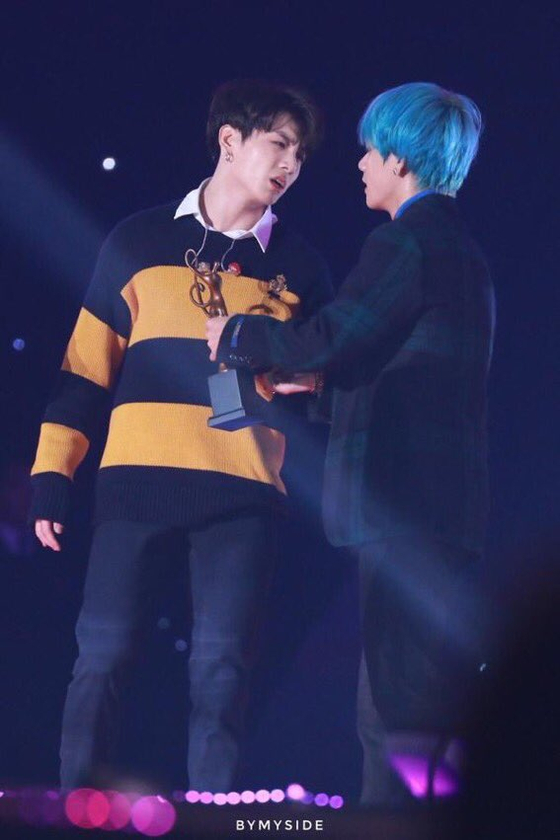 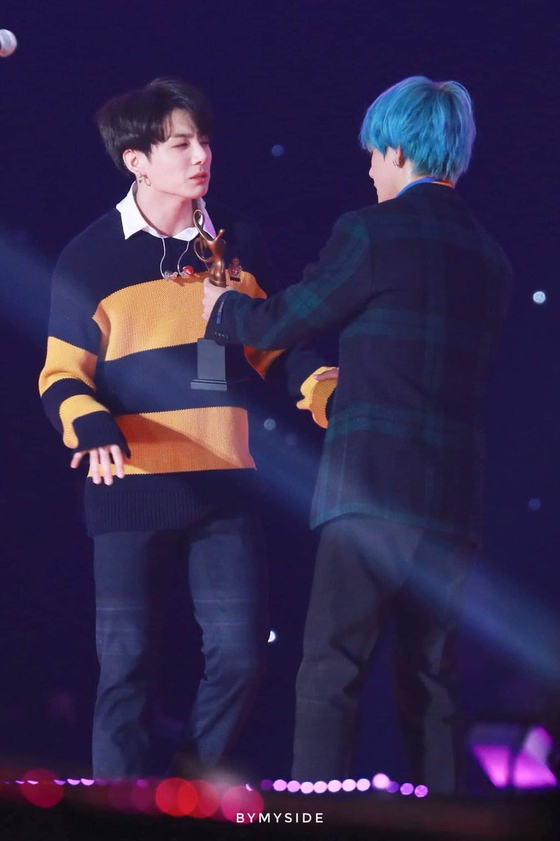 
Finally, walking off stage Jungkook was seen having to stop to lean on something else, and then a few staff members come over and help him off to the side.

And yet despite all that he's going through, he still managed to execute his performances and never failed to give a sweet message to their fans, telling them you and asking them to get home safe, waving and smiling until the very end. 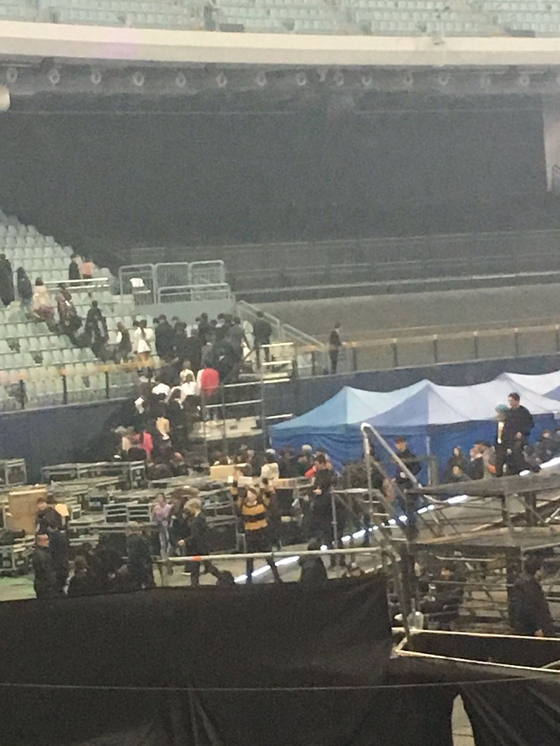 
Fans who have seen the video and Jungkook's status that day all became very concerned for their little bunny/ golden maknae's health, and the hashtag #GetWellSoonJungkook has been going around to wish him a speedy recovery. 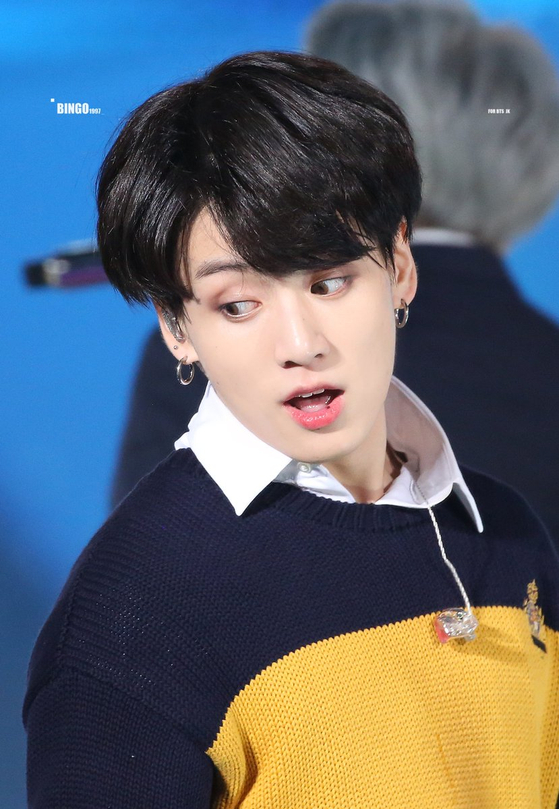 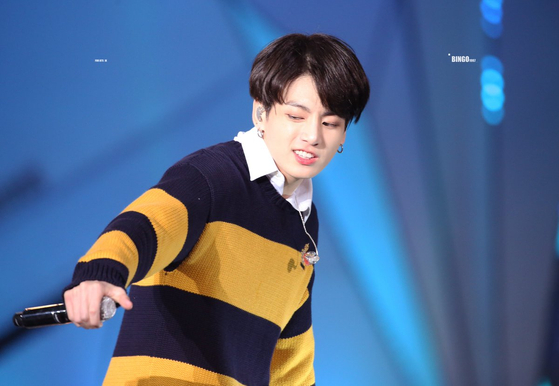 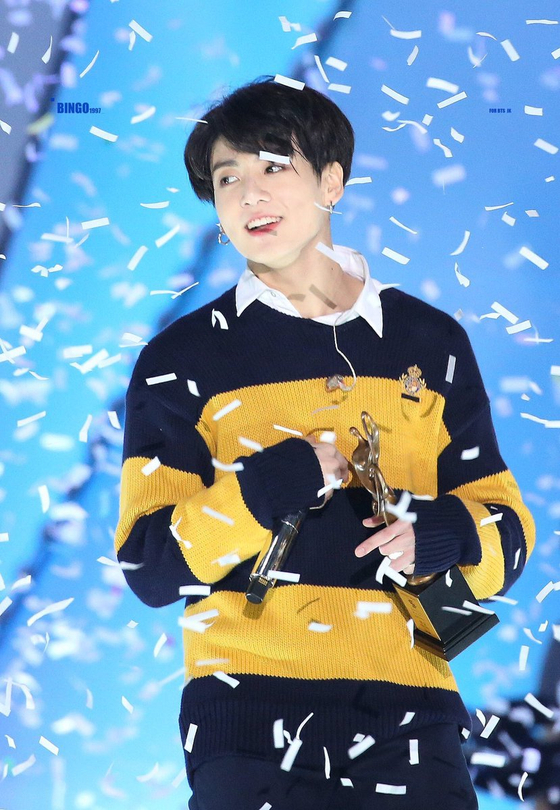