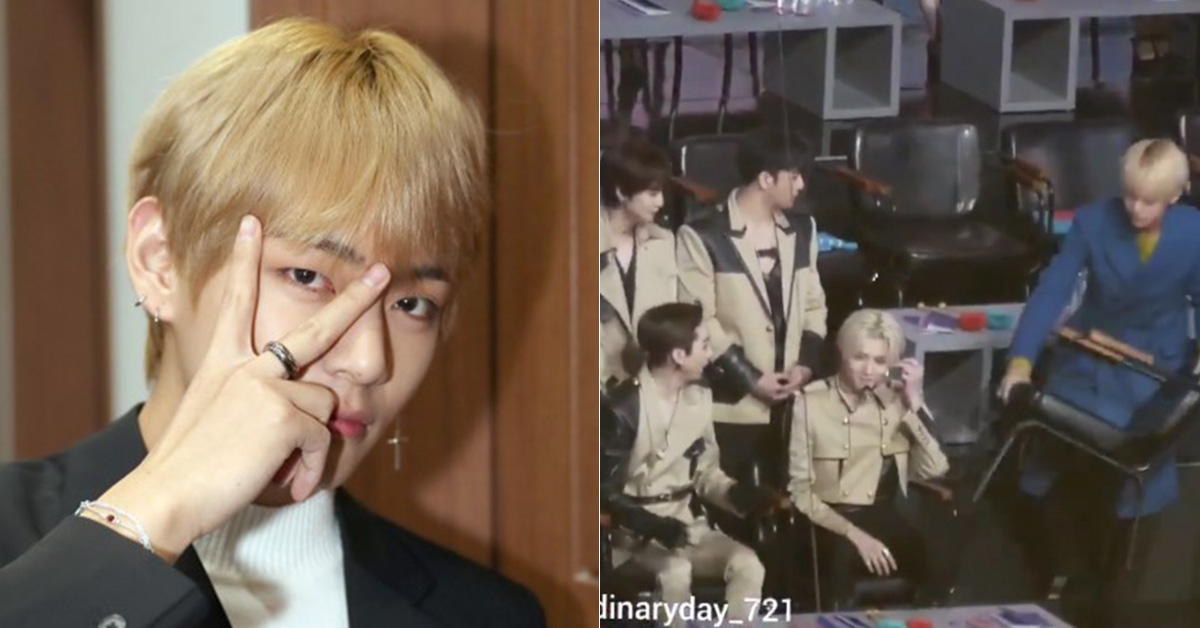 
At Golden Disc, a popular music awards that took place on 5th and 6th, many artists were present to grace the event.

A big shout-out to V for kindness and NU'EST for cuteness!


There, a moment where fans were pleased to witness has been caught on camera and widely shared.


NU'EST W, a group of 4 attended the event. As the 4 idols arrived at their seat, they immediately confronted a problem. It is that there were only 3 seats available for them when there are 4 in the group. The members took a brief moment to have a discussion to figure out how to cope with such matter.

The resolution they came up with is to just have Ren and Aron sit while JR and Baekho standing behind them. It is being assumed that the reason the two are standing while there is still one vacant seat is that they thought it would be lonely for one of them to be standing by himself.

At that moment, a guy with a chair showed up out of nowhere. It was V who performed the act of kindness. V had been watching NU'EST W members having trouble what to do with the lack of a chair and got a chair himself for them. Right after V got back to his seat, Jimin, who was seated right next to V, gave him a thumbs-up and a high-five.

After NU'EST W members left, V took the chair that he brought for them back to where it originally was so that nobody will have to experience any inconvenience in the future.


The V's kindness, as well as the NU'EST W members' cuteness, have been a hot issue among fans online, resulting in the tweet gaining almost 1.2 M views.