BTS made 2018 their year by winning Album of the Year Daesang (Grand Prize) at the 33rd Golden Disc Awards.

BTS sweeps up all possible awards!!!


The second day of the 33rd Golden Disc Awards was held on January 6, at Gocheok SkyDome in Seoul. BTS won the “Album of the Year” Daesang with their album LOVE YOURSELF: Answer two years in a row at these awards.

BTS stated, “It might be shock and awe for many people to hear our team name 'Bulletproof Boys' for the first time. We concealed the name till the debut. But now we are very proud of our name. We think the name suits us. We are so thankful for this.”

This was followed by BTS receiving multiple other awards. On November 6, at 2018 MBC Plus X Genie Music Awards, BTS attained 9 trophies including “Artist of the Year,” which is the Daesang, and “Digital Album of the Year.”


BTS was also awarded the Daesang with actor Lee Byung-hun at 2018 Asia Artist Awards on November 28. In addition, on the first of December, at the 2018 Melon Music Awards, they carried off 7 awards including “Artist of the Year” and “Album of the Year,” which are both Daesang as well. 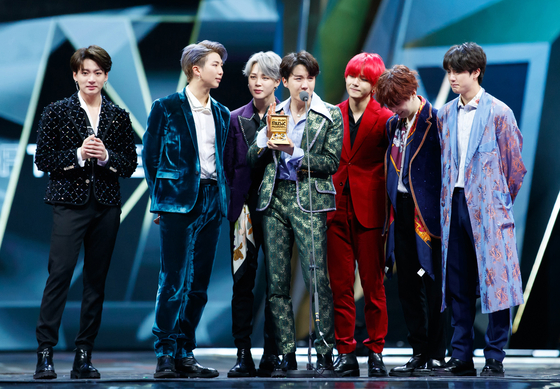 
And BTS received 9 awards at the 2018 Mnet Asian Music Awards where BTS cried their eyes out. The eldest Jin revealed his feelings during the acceptance speech in the midst of his blubbering, saying “The beginning of this year was a difficult time for us. We even thought of disbanding, but I‘m so grateful that we were able to reclaim our determination and persevere till now. I’m so grateful to our members and want to say to ARMY who loved us that I am so thankful.” 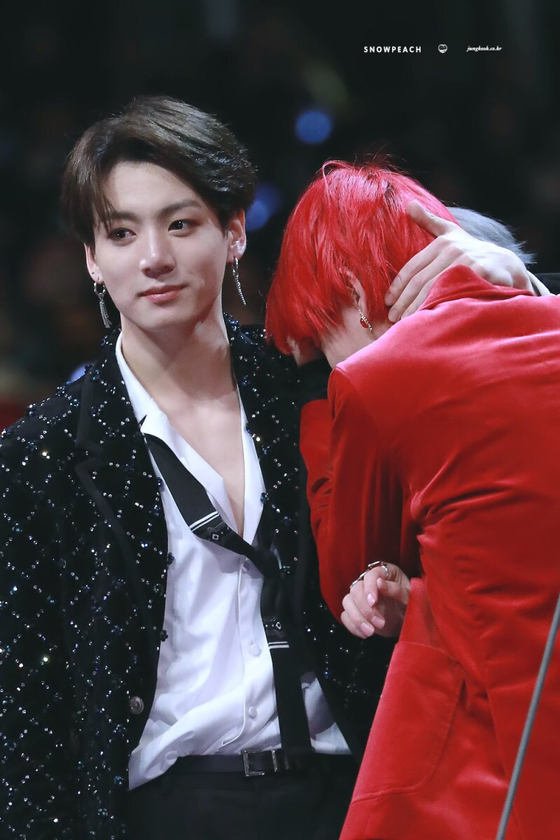 BTS flaunted their influence by winning Daesang at 2018 Golden Disc Awards as expected. The grand award-winning boyband debuted at no.1 on Billboard album chart, and went on a world tour, gaining even more popularity than the last year. 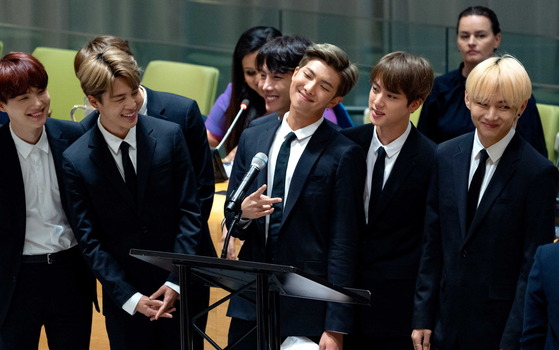 
The winners were selected according to album sales from December 2017 to November 2018. With 70% of sales and 30% of expert evaluation, nine winners and one grand prize winner were selected.

According to overseas media, BTS was chosen to be one of the figures of the year. BTS also made it 8th on the Billboard’s year-end Top Artist chart and became the only Koreans to be on the list of Bloomberg 50.

Not only that, FAKE LOVE and Singularity are on the list of 65 songs of the year by New York Times as 20th, and the song Blood, Sweat, and Tears on the list of The 100 Greatest Music Video of The 21st century by Billboard as 67th. 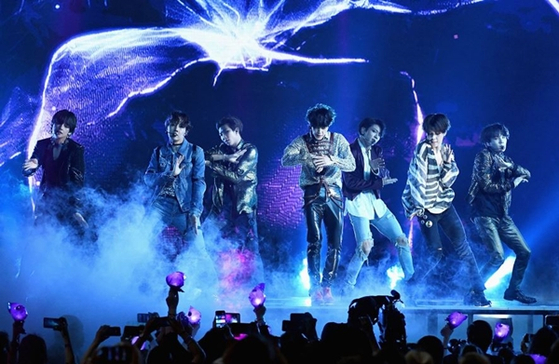 
The Golden Disc Awards, held since 1986, is one of the most prestigious music awards in Korea. Based on the sales of digitals songs and albums, the awards select tracks and artists that were most loved during the year.

This time, along with the album BTS‘s LOVE YOURSELF: Answer, the other nine Album Bonsang recipients are NCT 127‘s NCT #127 Regular-Irregular, TWICE‘s What is Love?, Wanna One’s 0+1=1 (I PROMISE YOU), NU‘EST W’s WHO, YOU, MONSTA X‘s ARE YOU THERE?, SEVENTEEN’s YOU MAKE MY DAY, JONGHYUN’s Poet l Artist, GOT7‘s Eyes On You, and EXO's DON'T MESS UP MY TEMPO.

Congratulations to BTS and all the other recipients!!!