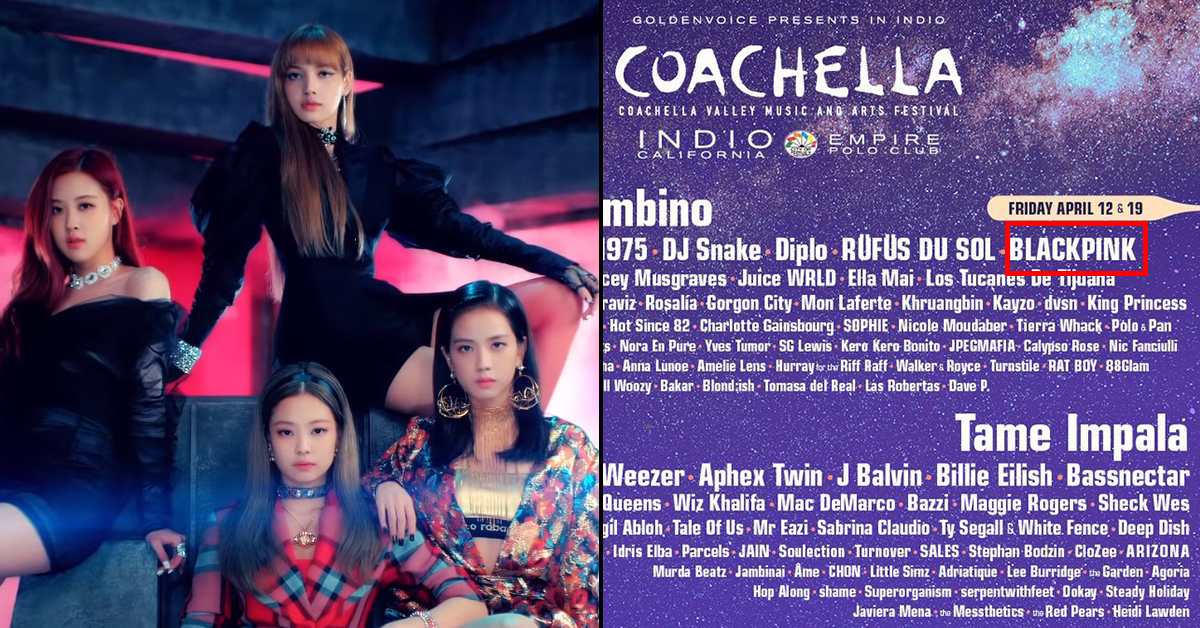 
BLACKPINK is known to be on the line-up of 2019 Coachella, one of the biggest music festivals in the states! They are set to perform both on April 12&19. The fact that the name of the K-pop group is on the second line of the list alongside some of the big names of pop scene is so amazing!!

They got into a huge music festival in the United States even!!


The Coachella Valley Music and Arts Festival is one of the biggest music festivals in the states, with flocks of people heading to the multiple-day festival each year. The festival welcomes in only the hottest, best artists around, making it one of the most anticipated festivals of the entire year.

Among these artists is none other than BLACKPINK. BLACKPINK is now the first female Korean group to make an appearance at the festival, and they were listed under the main artist Childish Gambino, and listed alongside other hit pop artists like Janelle Monae, The 1975, and DJ Snake.

Coachella 2019 will be held on two weekends from Friday to Sunday, from April 12th to the 14th and from April 19th to the 21st. BLACKPINK is scheduled to be on Friday, April 12th and 19th.

Fans couldn't believe their eyes when they heard the news, and we think it is safe to say that you can expect a great performance all around!